We are happy to announce that the Kickstarter campaign for Shadows Over Sol: Siren's Call has just launched!

Siren's Call follows the story of the ARC Project, humanity's first ever attempt to launch an interstellar colony ship. It is one of the most ambitious endeavors ever undertaken. If successful, it will transport some 10,000 colonists to the planet Siren, orbiting Alpha Centauri A.

But the risks are tremendous. Will humanity’s first step out of the solar system be its last?

From Sid Meier’s Alpha Centauri to The Expanse, from Alien to Robinson’s Mars trilogy, Siren’s Call draws inspiration from some of the greatest works of modern science fiction.

Siren’s Call is a campaign and sourcebook for the Shadows Over Sol roleplaying game. It will be a full-color hardback volume estimated at 240 pages. It launches March 13 on Kickstarter, with publication to follow in August 2018. It greatly expands the Shadows Over Sol roleplaying game, which uses the Saga Machine system. This same system also powers the Against the Dark Yogi and Dime Adventures RPGs.

Check out the Kickstarter project now! 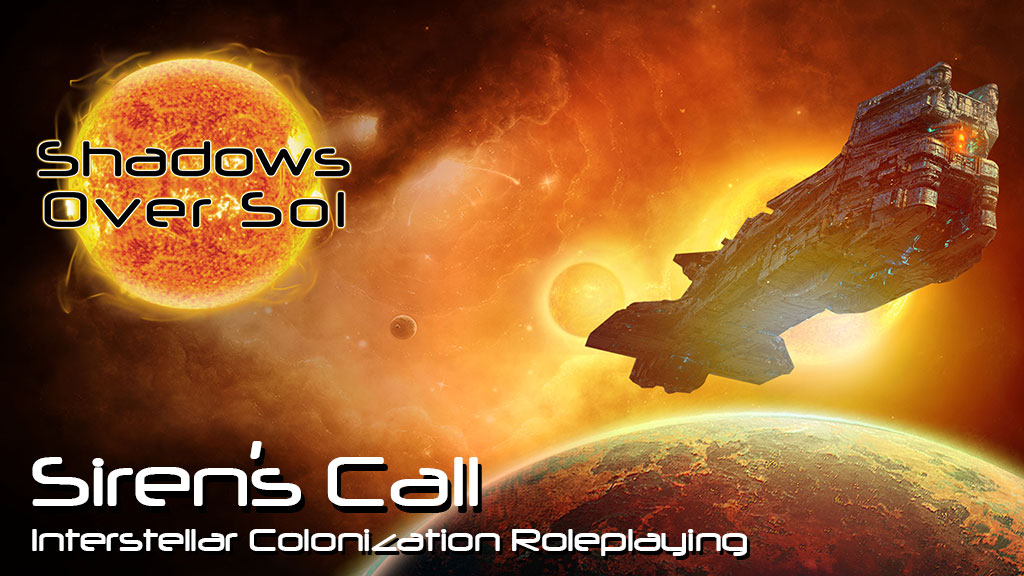 We're almost at our next stretch goal: product upgrades in support of the new character and campaign options found in Siren's Call!

We've unlocked another stretch goal and are on the verge of reaching the next one!

We're getting close to the next stretch goal and are only one patron away from unlocking a free prelude adventure!

We're most of the way to the final stretch goal! Only a few more days left.

We've now reached the last stretch goal and the campaign has entered its final 68 hours!