Slaying the Dragon: The Secret History of Dungeons & Dragons Review

Slaying the Dragon: The Secret History of Dungeons & Dragons by Ben Riggs focuses on the creation, rise, and downfall of TSR. It's a compelling, page-turner instead of the boring business book it could have been. It's also going to make some people angry. 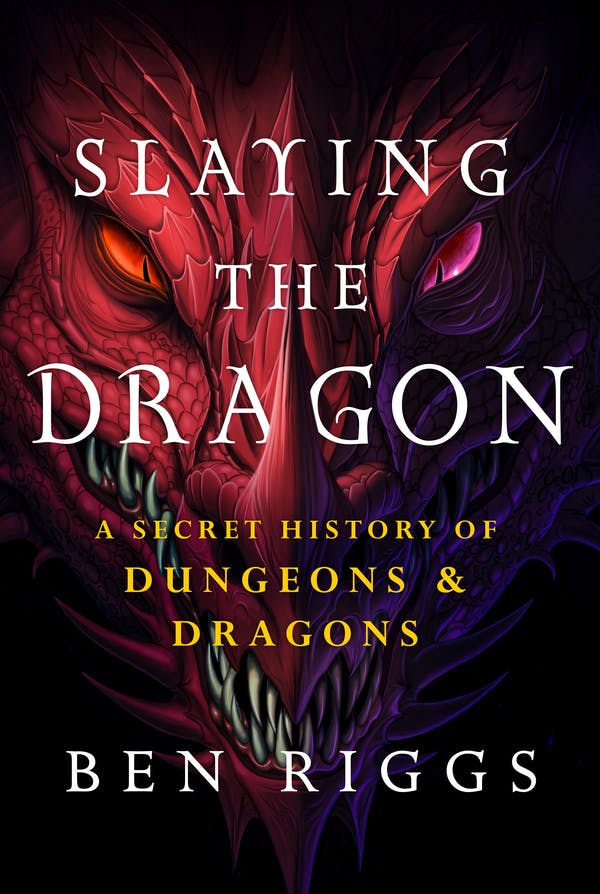 Gamers are drawn to clear good-versus-evil stories. The book starts with Jim Ward's version of TSR's success and eventual sale to Wizards of the Coast fits that narrative, but it's wrong. Ward wasn't lying. Instead, TSR's management, no matter the president, hid both the company's mistakes and valuable information the creative team could have used to be successful.

For example, the development team had no idea what the sales numbers were so they often continued making products for lines that weren't selling. Worse, some products, like the Encyclopedia Magica, had such high production costs that TSR made no money on them and the Dark Sun spiral bound flipbooks lost money.

Riggs' meticulous research, which includes sales material and business contracts unavailable to prior chroniclers of D&D's history, places the commonly known story in greater context , adding nuance. It shows the terrible decisions made by beloved figures that could have destroyed the company earlier, and the usual villain of TSR's story, while still vindictive, extended the company's lifespan and is revealed as having done the right thing a few times. It makes for a fascinating story filled with human foibles and avoidable mistakes that doomed TSR despite talent and hard work.

Other books have chronicled the creation of Dungeons & Dragons, the life of Gary Gygax, and the evolution of war games into role-playing games. Slaying the Dragon focuses on TSR itself, which is why Riggs' access to everything from sales figures to extensive interviews, makes such a difference. He even got a copy of the Random House contract that was TSR's golden goose for a time and then became an anchor pulling it toward bankruptcy.

But Riggs also has a great way of setting a scene and turning a phrase that makes the facts and interviews as compelling as any novel. Early on he tries to explain why winters in Wisconsin were a fertile ground for the creation of D&D. He writes:

“The winters are so frigid that Lake Michigan steams, sending great gouts of silver billowing skyward, girding the horizon from north to south....In winter, the world recedes to the circle of warmth around a fire, a heater, or the side of a loved one. Or the basement. It's always warm. The furnace is down there, after all. There might be games, too. Might as well play. What else are you going to do during the endless white-gloom nightmare that reigns between the fall of the last yellow leaf and the spring thaw?”

Riggs talked to everyone involved who is still alive, except Lorraine Williams, who declined. For those he couldn't interview, Riggs used a mix of existing interviews combined with comments from those who knew them best. This means that people such as Brian Thomsen, who could have been a cartoonish villain in another telling, is depicted as a complex person who made bad decisions for the company.

It's also amazing how many questions and challenges TSR wrestled with that are still plaguing the game industry today. The RPG consumption problem is a big one that troubles most game companies. When to create a new edition, when to announce it, and how to maintain sales in the meantime. How many settings are too many? Is the fish bait strategy worthwhile and if so, for how long?

But the biggest problem was that TSR, according to those involved and those who studied its finances, repeatedly made foolish mistakes over and over. Whether it was buying a needlepoint company (yes, that happened under the Blumes), Gygax partying in a Hollywood mansion, or driving away talent, TSR's management was the architect of its eventual demise.

It didn't have to be that way. TSR could have been a multimedia fantasy juggernaut long before there was an MCU. A potentially viable plan was even created for TSR West (which is different than Gygax's Hollywood escapades) before it became another expensive, failed venture. Mary Kirchoff and James Lowder built the book department into a greater commercial success than the games department. TSR discovered Tracy Hickman and Margaret Weis, R.A. Salvatore, Elaine Cunningham, Mary Herbert, etc.—and then Brian Thomsen's strategies threw it all away.

Because at TSR, why make a mistake once when you can repeat it over and over? That's TSR's ultimate tragedy, and Riggs has the evidence to document TSR's successes and failures in a scope and detail previously not seen. If you want to see the actual sales numbers, Riggs has been posting them on his Twitter account, but Slaying the Dragon makes the story of TSR as dramatic as any Drizzt novel. It's worth reading for fun, to learn the true history of D&D, and to learn what not to do when running a game company.
Last edited by a moderator: Jul 18, 2022
Click to expand...

DarkCrisis said:
If you some not so nice ongoings I recommend Game Wizards. It's about how Gary and Dave did not get along and all the fighting they did. Been a good read so far. Both men where gamers and godfathers of RPGs but turns out also human. And humans can be quite petty when money gets involved.
Click to expand...

Oh yes, all of Peterson's books are excellent. I read Game Wizards prior to Slaying the Dragon, and the latter made an enjoyable follow-up to the former in part because it picks up after it chronologically, and also because the substantial change in tone and approach added variety.

The book is up on GoodReads

Unbelievably, with over 2.8 million votes cast in the contest as a whole, Slaying the Dragon has made it to the final round of voting on Goodreads! According to them, it’s one of the ten best history books of the year! Other authors who made the cut in other categories? Stephen King, Jodi Picoult, Celeste Ng, Brandon Sanderson, Ruth Ware, and Naomi Novik. If you’d be good enough to vote for Slaying, I’d appreciate it! Link below.
Click to expand... 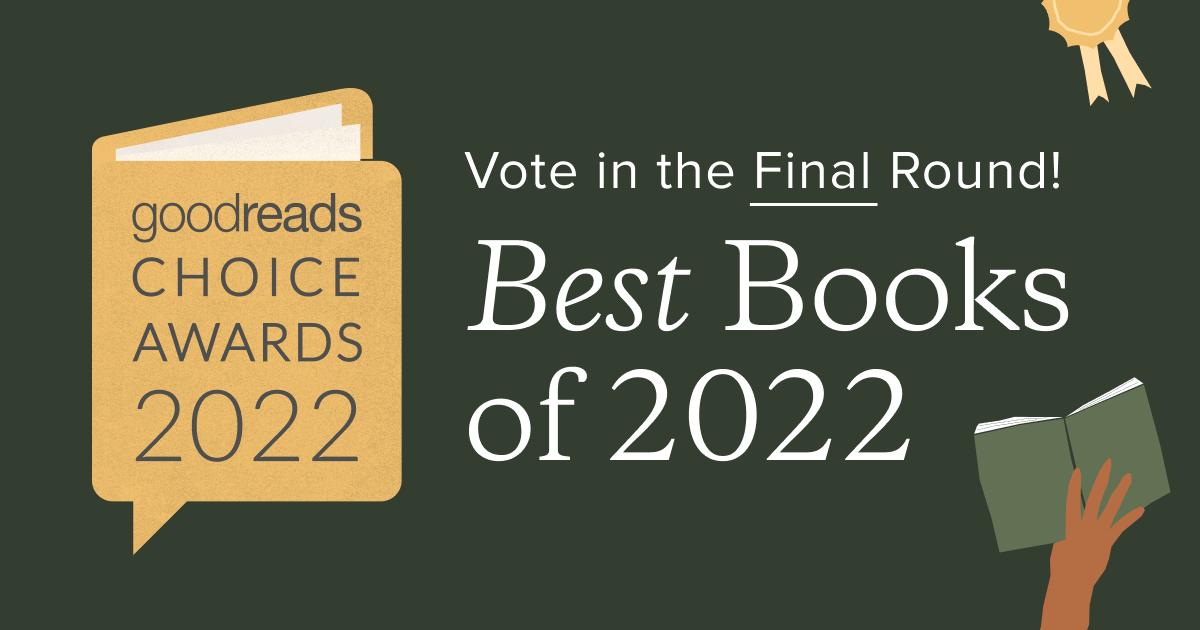 Final Round: Vote for the Best History & Biography of 2022!

Discover the Best History & Biography in the 2022 Goodreads Choice Awards, the only major book awards decided by readers.
www.goodreads.com

Coming in late to this.

On the book: I, like several others, didn't like the prose. It read like a transcript of a podcast, where each chapter was a podcast on a particular subject. I think my negative reaction is due to it being called a History book and having that word in its title. This is a book of stories. I'm not saying he didn't do research, he did. I'm saying that how he lays out the research in the book didn't work for me. I got tired of the "genius" moniker he gave to so many, of ending paragraphs with a question or ellipses, and not having a timeline for each chapter. Yes, the 9/11 contrast fell flat with me. Despite the writing I didn't like, I did get insight into what was happening during the 90s, which I appreciate. I knew nothing about WotC, as I wasn't into MtG, so that was interesting as well.

On TSR: I'm sorry it was a bad place to work at times. I suppose most workers like me can say that it happens. I do agree that Lorraine Williams kept the company going for longer than Gygax and the Blumes but obviously, all were human and none were business people.

On myself: I have been gaming for 42 years, and hope to double that. I love gaming. Live for it. I was almost a total TSR fanboy. I think the only things I didn't get were the Glorantha gazetteers and some board games. I had Spelljammer, Planescape, Birthright, Red Steel, and more until it was taking up too much shelf space. Further, I had never used or ran any of them. I still have FR and Dark Sun and core rules books as well as all of my 3E stuff. I played Spellfire (and am glad to understand why the art was reused) and Blood Wars. I collected Dragon Dice. Now I play PF1 and Level Up and use whatever rules or ideas make it fun for my groups. I talk about myself because I did buy most of what TSR created and read it even if I didn't use it. I wasn't following one brand, which appears to be more common.

I'm curious about Peterson's book now and may read that next.

Thanks for the conversation!

evildmguy said:
I was almost a total TSR fanboy. I think the only things I didn't get were the Glorantha gazetteers and some board games.
Click to expand...

I presume you meant Mystara, here? (Glorantha being the setting for Chaosium's RuneQuest).


evildmguy said:
I'm curious about Peterson's book now and may read that next.

All three of Peterson's books are excellent (though Playing at the World is massive and a bit of a slog due to the sheer depth and size; and he's refined his prose/writing style a bit since).

Mannahnin said:
I presume you meant Mystara, here? (Glorantha being the setting for Chaosium's RuneQuest).


All three of Peterson's books are excellent (though Playing at the World is massive and a bit of a slog due to the sheer depth and size; and he's refined his prose/writing style a bit since).

I was a bit surprised when I went looking that the paperbacks for Peterson's books are cheaper than Kindle, which is how I read Slaying the Dragon. The thing stopping me is that I wasn't paying attention to non DND stuff until '85, when my brother/DM graduated and I took over. Eventually. Then with the part time job, I did get d6 Star Wars, Shadowrun, Battletech, and more. Even then, I didn't read Dragon consistently until much later, so I knew nothing about TSR other than what products were at my local gaming store.

I can relate to the '90s stuff because '95 is when I graduated college and had a job. I was buying TSR stuff already but now I really stepped it up! I also remember when Dragon didn't show up for several months and the products didn't show up. And of course, when Eric Noah started posting news about gaming!

Whereas I came in a bit later, in '85, but almost immediately started picking up Dragon magazine issues from my local mall book store and from gaming/hobby shops whenever I could get to one. So I was exposed to other games pretty early, albeit mostly through advertising and reviews. And flipping through copies in game and book stores whenever I could get to one. I also got some experience actually playing them at conventions here and there (including Shadowrun at LehighCon at Lehigh University when it first came out), but definitely the 90s is when I got more exposure.