D&D 5E So, did I manage to avoid the railroad!? (Discounts included in OP)

Well, THE BLIZZARD OF AXE AND SWORD is out and on DMsguild right now, and we've had a pretty strong response. It looks like folks are buying the book separately, and also buying the bundle deal as well!

Anyway, here's a discount code for the adventure - there's eight uses left on this one, so get it while it's available. What I really want players to do is read the book and feedback on whether I avoided the sin of railroading. Even though the previous discussion (super-good) concluded that railroading was very much a spectrum of decision making, I wonder how people though I did with this book in particular.

Even though the final confrontation is fairly fixed, a lot of THE BLIZZARD OF AXE AND SWORD can be avoided. There is a dungeon section which you can sneak through and avoid all of the dangers, if you chose. There's no reasons to get involved in any of the encounters unless the players feel they want to. I think the only really linear sections are part six, the climb of Drangasjoll, and even then you can choose how you are going to deal with the dangers of that vertical cliff climb!

So, how did I do? What are you folx lovely opinions on THE BLIZZARD OF AXE AND SWORD at least in terms of railroading? 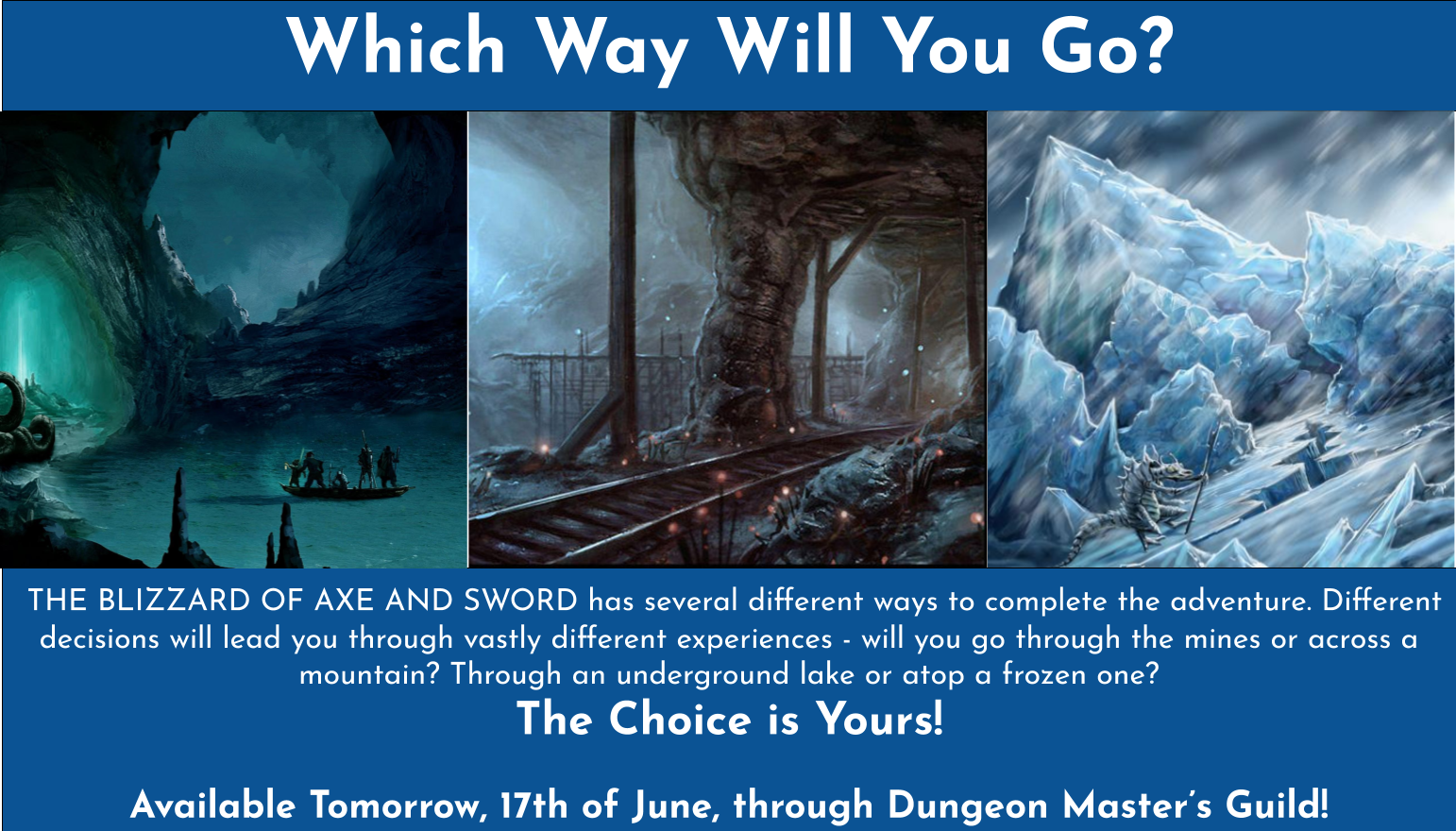 D&D General Sword & Board: From Standard to Exotic
2