So Gen Con's Not Leaving Indy!

The other day I reported on a law being passed in Indiana, USA. There was a long thread about it, which was mainly very civil up until the last few hours; so I won't be opening this one to comments as it seems the civility reservoir on this topic has been run dry. But I figured some folks might like an update on what happened. The law was passed despite the protestation. Various large businesses have now said they will be leaving Indiana. Gen Con (the business relevant to us gamers) has written a letter to its attendees (us), which you can see below. The letter confirms that Gen Con is contractually obliged to remain in Indy for the next five years, and that bidding for its business is a long process which takes years, and which starts right about now, but encourages attendees to still come to Indy in the meantime. 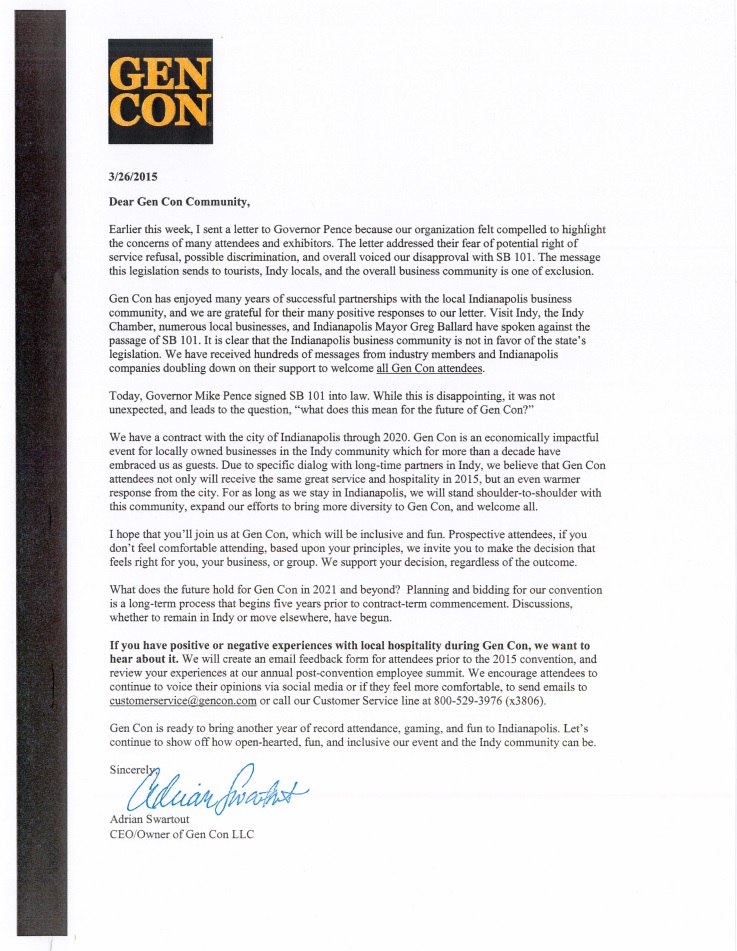 You left off a lot in that headline......no real surprise

Gen Con is in contract for it's current location until 2020. Unlikely to move anywhere else until after then.

That also doesn't preclude them doing a Gen Con at a secondary location as early as 2016 or 2017. In fact, someone in the Washington state government is already pitching:

What's great about the Washington idea is that they already host PAX which draws similar attendance, and they're already next door to WotC and Paizo which clears up a lot of logistics for a couple of their biggest vendors.