I had a last minute cancellation an hour before D&D was to start. I was two players down cooking dinner.

Using messenger I asked the group to flag or play a one off D6 game of star wars using more or less preconstructed templates from the back of the book.

Well using fan ones anyway. Printed off an outlaw, smuggler and gambler.

Finished dinner and assigned the 6 dice at the gamestore while waiting for people to turn up. More or less had to wing it.

So dive bar on cloud city. Gambler hot start at sabacc table. Beats being chased by a Star Destroyer. He wins a few hands and Gamble's for a cargo of gas.

He wins hidden location, bluffs his way out of a shakedown.

Off to a planet, flying through asteroids and they land at Both. Running gas to the rebels. An agent needs transport to Manaan so they fly off just as the Empire turns up a'la ESB. 3 TIE fighters latter....

They land at Manaan and discover they sell half priced weak kolto medpacs. Just don't roll a one on the wild dice. Rebel agent pays them out and they play some pazaak winning more credits.

So that was more or less my game completely winging it. Bargain and gambling rock in D6.

I live how simple and fast the game is to set up. I'm running 2E revised circa 1996.

Got some attention from the locals maybe a ye olde Boba Fett GM screen worked. Might have picked up a new D&D player.

1 person complained about the new movie another asked canon or legends (legends) response was "good".

Another leafed through the sourcebook. 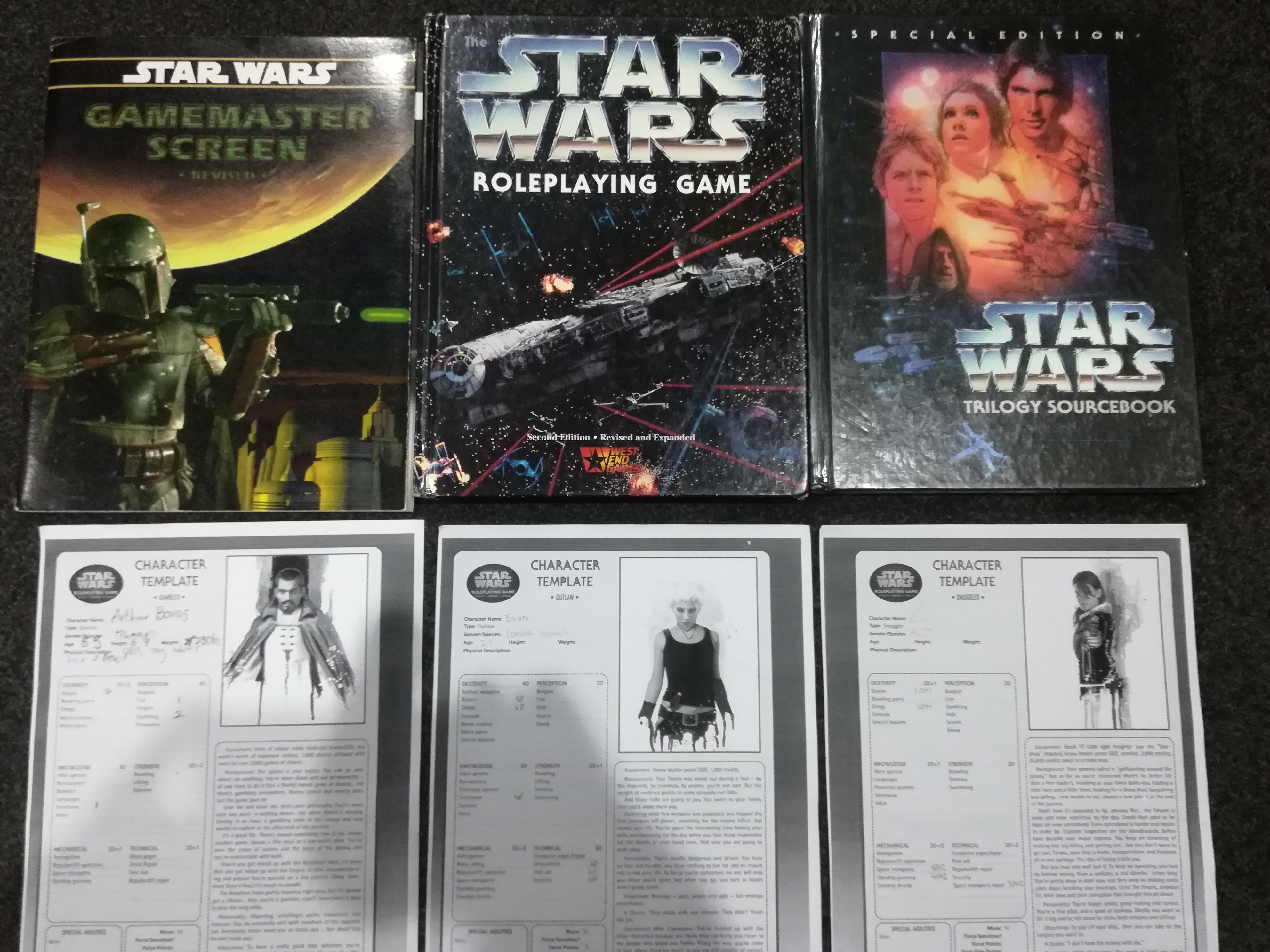 Traveling light plus fan made templates.

Only one combat for the night, everyone seemed to enjoy it.
Last edited: Jan 23, 2020

WEG SW is fantastic, and like you said, easy to wing it. Sounds like a great session!.

If you are not aware of it, Instant Adventures is a great SWD6 product to have around if you have minimal prep time.

WEG d6 Star Wars is best Star Wars, and the "Revised and Expanded" rulebook is easily the best and easiest to read. However, its only downfall I've come to learn is that their premade adventures need a lot of work and care to make them be actually fun.