Stillfleet is a genre-vaporizing work of science fiction that you can hack apart and make your own. It is an acid-trip of a good time, built on a foundation of political tension between the Worshipful Company of Stillfleeters (the Co.) and its medieval market-worlds, as well as many advanced aliens and extradimensional entities with obscure agendas… All while being rules-light and bursting with customization options.

This Kickstarter campaign, starting on August 1st and going for 30 days, aims to fund the production of Stillfleet's long-awaited Core Rulebook. Here are its main features: 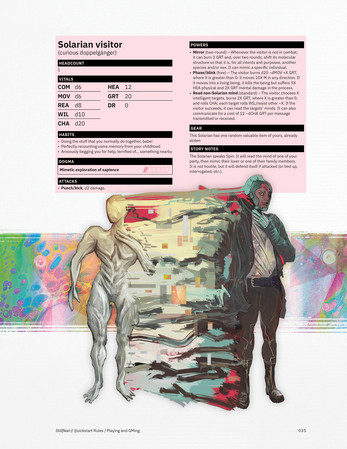 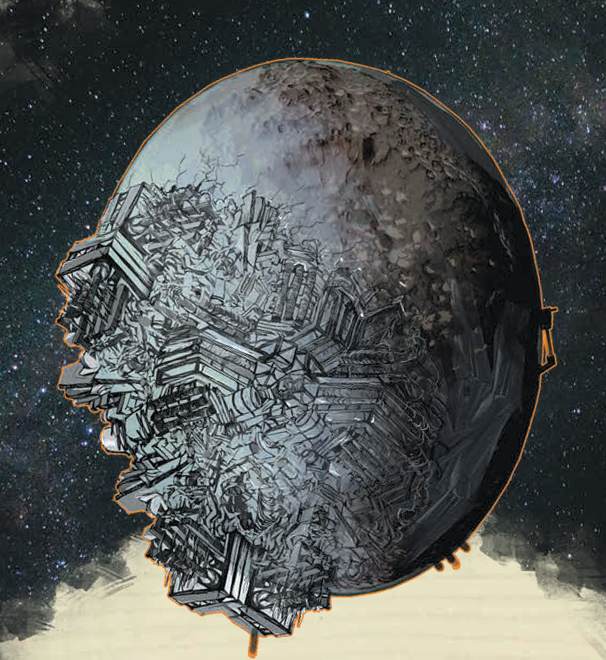 Stillfleet, much like Supergiant's Hades roguelike video game, has years of open-access playtesting by a dedicated community, many of them Patreon supporters. Notably, part of this playtesting process came from a year-long series on the popular actual play podcast Fun City. The core team bringing this game to life is:

Wrapping up: Anyone can get the free quickstart version of Stillfleet on itch.io and Drive-Thru RPG (now available in Brazilian Portuguese, too) alongside paid products

Damn, that design of the planet or whatever you call it looks great!

There's plenty more where it came from! We take pride in Stillfleet's distinctive look and a lot of thought goes into it. Be sure to have a look at the KS, come Aug 1st. It's bursting with other awesome visuals