Submitted for Your Consideration: Changes to ORIGINS Awards

The following is a proposal I intend to submit to GAMA and the Academy for review. Following the widespread dissatisfaction with this year's ORIGINS Award process, I believe rapid, significant change is necessary to rebuild the stature and interest in the Awards that is required to make them meaningful and relevant. 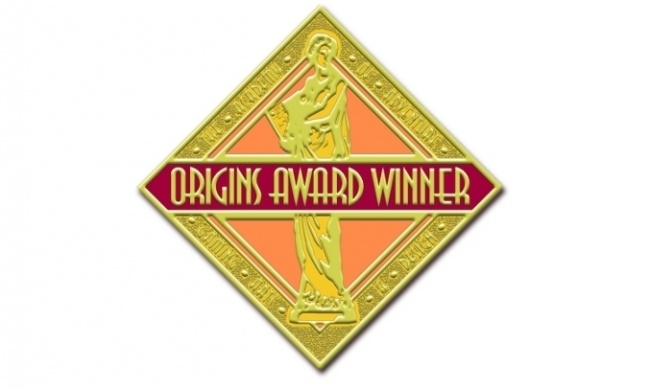 Problems with the Current System:
=================================
1. Awards Not Representative of Best in Class
------------------------------------------
Due to the challenges in working with European and Japanese publishers,
the ORIGINS Awards do not fully represent the extremely active and
diverse publisher communities in either region. As a result, awards in
the Board Game, Card Game and Trading Card Game categories (by any
terminology) often overlook worthy entrants. And, even if the
nominations process was improved, the vast preponderance of voters are
located in North America, meaning that the chance of a product from
either Europe or Japan winning in its category regardless of merit is
essentially nil.

2. Specificity of Game Types
-------------------------
The increasing overlap between the terms used to describe tabletop games
and video/computer/console games makes it hard to differentiate the
ORIGINS Awards from Awards targeting the computer game market.

3. Get Out the Vote drives unduly influence winners
------------------------------------------------
Each year, a handful of publishers make an extraordinary effort to
motivate their consumers to vote on their behalf for ORIGINS Award
consideration. As a result, a number of products have won ORIGINS
Awards despite overwhelming general consensus that they were not the
best products in the categories in question. This effect is especially
pronounced when the publisher in question operates a widely distributed
house-organ such as a magazine or a highly trafficked website.

"The premiere Award recognizing excellence in the field of tabletop game
publication featuring products distributed in the North American
market."

It is important to note that these are not >game design< awards. They
are product awards, which encompass game design, graphic design,
illustration, editing, marketing, and brand management. As such,
separate recognition for the components of the game products (as per the
current "Art" awards) is not desirable.

Changes to Award Categories:
----------------------------
Many of the current categories represent works eligible for more
prestigious awards in other venues. Several are legacy awards that no
longer represent mainstream unit volume or revenue for most GAMA
members. Others target things sold in game stores which are not games.
And some are subdivisions of categories that already represent small
portions of the general GAMA membership's marketplace.

The list of categories eligible for Award consideration is changed
substantially by this proposal. First, it focuses on the 3 significant
categories of revenue which support the whole industry: RPGs, CCGs and
Miniatures games. Second, it removes legacy categories and categories
with more prestigious awards. Third, it recognizes individual
excellence in the fields of Artist, Designer, and Publisher.

The net effect of these changes should be a much more focused Awards
Ballot and Ceremony, and an increase in the overall prestige value of
the Awards. The Awards will also be more fully representative of the
actual market represented by the GAMA Memebership.

New and Unusual Formats:
------------------------
In the event that a game appears which is both popular, and defines a
new category not covered by the existing ORIGINS Awards categories (i.e.
Diskwars or Magic: the Gathering), the Academy would have the ability
within 2 years of the game's first distribution in the North American
market to award a special "ORIGINS Award for Innovation" to that game to
ensure proper recognition of the achievement.

The Academy committee may, at its sole discretion, add one or more
products it deems worthy, but overlooked, to the Final Ballot for each
category.

The Academy Nominations Form will be used to select the Artist, Designer
and Publisher of the Year nominations.

The Academy committee will determine which products are nominated for
Game of the Year. Game of the Year consideration is not limited to
products eligible for the other ORIGINS Award categories.

Publisher Control of Nominations:
---------------------------------
The publisher of a given work may elect to omit that work from the Final
Ballot for any reason and without prejudice. Publishers with products
nominated (or placed) on the Final Ballot will be contacted in a timely
manner prior to the public release of the Final Ballot and asked if they
wish to exercise this privilege. In the event that a publisher
exercises this option, the next product in the natural sequence of
selection for that category would be placed on the Ballot.

Each GAMA Full Voting Member will be permitted to vote, and those votes
will constitute 33% of the total value of the votes.

Each Academy member in good standing will be permitted to vote, and
those votes will constitute 33% of the total value of the votes.

Members of the general public (those who are neither GAMA members nor
Academy members) will be permitted to vote, and those votes will
constitute 33% of the total value of the votes.

In the event of a tie, the Award will be given to both products.

This procedure will tend to minimize the impact of "bloc voting"
engendered by publisher campaigning, and will shift a preponderance of
the vote value to professionals in the industry. Essentially, the
public vote becomes a tiebreaker between the publishers and the gaming
professionals who comprise the Academy itself.
Last edited by a moderator: Aug 18, 2019
Click to expand... 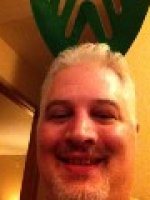 OGL Architect
Ryan Dancey was the VP of Wizards of the Coast and Brand Manager for Dungeons & Dragons. He was also the primary architect of the Open Gaming License. This column is part of the D&D/RPG History series.
S

Coik said:
Well, Mark, I think that this is where the crux of our disagreement lies. If there's a Widget catagory and Company A has nominations for their Widget 10 (Mark I), Widget 10 (Mark II), and Widget 9, you see it as all three of them competing against one another. I, on the other hand, see it as all three working together in order to stack the deck and increase the chance that Company A will take home the Widgets Award.
Click to expand...

In theory, it might work as you wish it to. However, that's usually not how it works in real life.

You see, the thing is that the people who like Widget 10 Mk I and Widget 10 Mk II are likely to be the same people. This happens in other awards all the time - IIRC, two of the first-season B5 episodes were both nominated for the Hugo that year, but since the B5 fans were split on which to vote for neither won (giving the award to the TNG finale instead). Next year when two episodes were again nominated, the B5 crew withdrew one of them from nomination and lo! they won (with Coming of Shadows).


In terms of gripes about Hackmaster winning one year, I have heard some of the complaints, but I feel that it is unwarranted. Yes, Kenzer did indeed build upon the AD&D system, but they pushed it much further than that. I also don't feel that it is SOLELY a parody. The game mechanics are great. So, I think their Origins win was appropriate.

I have played D&D for 20 years, I found it to be nostalgic and a welcome return...and at the same time exciting to uncover the changes that make the Hackmaster game unique, and inspired such a devoted following.

For those of you who haven't given it a look simply because it seems like a parody, give it another look.

Coik said:
Well, Mark, I think that this is where the crux of our disagreement lies. If there's a Widget catagory and Company A has nominations for their Widget 10 (Mark I), Widget 10 (Mark II), and Widget 9, you see it as all three of them competing against one another. I, on the other hand, see it as all three working together in order to stack the deck and increase the chance that Company A will take home the Widgets Award.
Click to expand...


Except that it is not a matter of how I see it, it is a matter of fact. They would be, in fact, competing against one another (and any other nominees) since only one nominee can be given any single vote to win. It is also a matter of the five best being able to be claimed as nominated as the five best, rather than (potentially) the sixth best (from my example in my previous post) being able to claim being one of the five best. I find it hard to believe that there is any pride in claiming a unearned position by virtue of eliminating the quality competition through policy making.


Coik said:
Check out the sentance immeditely prior to my second quote.
Click to expand...


That sentence reads as if it is in support of the previous part of your post rather than attributing the quote that follows to him.

The End of Wargaming in the Industry

I concur that some revision is needed. Heck, the Oscars and Tony awards have had category revisions over the years.

That said, the wargamer in me is sad, and sees this as essentially saying that the industry is all about RPGs, Fantasy & SF Minis, and imported boardgames from Europe. Sigh.

The death of Avalon Hill & SPI made this inevitable, I guess.