General Tell Me About Your Problem Players and Your Solutions

I dont mean real jerks that you just toss. Those are easy.

I mean players that might be generally good but they have one hang up that drags the whole game down. Or that player whose particular tendencies, while not bad in and of themselves, really clash with the rest of the group. Or the player that is unbending in one particular aspect, creating problems there.

I have one player that I really think forgets he is not playing a single player CRPG. He is engaged with the plot and interested in the world and has a handle on his character's abilities and so on. But he wants things to happen in game that make it pretty clear he is not considering the other 4 or 7 players. I honestly don't know what to do with him.

What's your problem player like? What's your solution? Or, do you need help finding one?

We had a player who just refused to learn the basic rules. I mean, after years, still would forget to add attack or damage bonuses, or key class abilities like a rogues sneak attack. What made it worse was he refused to try to learn these things on his own time. Never opened a book between sessions. Just didn’t have it as a priority. It was very disrupting during play to always stop the flow and correct him.

Being older, our group often has lapses of gaming during sessions. So when we got back together after a few month lapse, we just didn’t invite him. He didn’t seem to care all that much

I have the luxury of being picky with my players and I have a screening process that separates the wheat from the chaff. Then I leave the chaff to other DMs, poor suckers.

One of the main offenders that will see players not make it through my screening is people who just can't bring themselves to go along with other players' plans. No matter how rife with fantastic drama a plan is offered to them or how reasonable, they cannot find a way to say "Yes" and go along with it. In a world teeming with monsters and villains, the conflict they seek is within the party, particularly when it comes to choosing a quest or devising a plan. What's more, they often don't even have their own ideas, just a lot of reasons why someone else's plan won't work or why their character can't participate in it.

The rest of the group has to spend valuable session time basically trying to get this player to play. And sometimes, despite everyone's best efforts, they won't even do that. They'll have their character sit off to the side observing or doing some low-stakes activity that they think demonstrates their acting chops. One wonders why these folks bothered to show up. I suspect it has something to do with aversion to failure and wanting to stick to intra-party drama since failure in that doesn't result in death or loss (usually), outside of loss of session time and, in my case, patience.

I've told this story before, but I would occasionally play with this group where one of the regulars was one of these types of players. In every session it was the same thing. No matter the idea, no matter which of the players suggested it, his character just wasn't having it. But neither did he have ideas of his own. It got to the point where I decided to use some reverse psychology: I would basically suggest a plan and say I didn't want to do it. Or I'd suggest a plan that was the opposite of the plan I really wanted to do. And you know what? That worked! He'd argue for the plan I didn't want, which was the plan I wanted all along anyway. After that worked a couple of times, I quit playing with that group. It was just too much effort, though in the end it was a pretty good learning experience.

Had a chronic metagamer. Said he just didnt realize when he was doing it but everyone knew he was full of it. So i (the dm) get my longest playing campaign partner to hatch a plan with me. We start sprinkling the natural organic conversations with info that sounds super useful but only a metagamer could use. We do this off and on throughout the session and a few sessions after. But every time he tries to use the info it leads him into really awful stuff. Few weeks down the line we notice him not metagaming anymore and we ask him what changed. He petended he missed what we'd said. Me and other dude go off into the kitchen and we literally high five. Every now and then we do it again just to test to see if he still isnt metagaming and so far (2 years) so good.
Last edited: Aug 28, 2019

I had a player that always spoke in a monotone IC. This was not done as an intentional choice, and he could talk normally when it was OOC, but when he was focused on portraying his character he just came up blank and couldn't inflect.

We started with gentle discussions about it. I mean it was kind of a strange problem, and it did cause issues since it kicked us out of our immersion, but none of it was done maliciously.

Eventually I took him aside and we had private speech lessons how about how to portray inflections and accents when you're acting. It was literally like theater lessons. It was a slow process, but he eventually got better.

I've had players I call "Nerve Ends". A Nerve End tends to be ab action/adrenaline junkie, and they always want it to be their turn. We have to keep reminding him/her (usually a Him) about Initiative rules.

I also have the side-chatter types (I'm guilty too) who forget to act when it's their turn until someone manages to get their attention and kick the game back into gear.

My solution involves a very large D20. You've probably seen them, they're about the size of a baseball.

I use that for game flow control. When it's Player A's Initiative, they get the big dice. They use it for all of their D20 rolls, out in the open. (It's also good for dealing with dice cheats). When they're done the dice passes to the next person in line, initiative wise. If you have the dice it's a physical reminder that you should be playing, not talking. For the nerve end it's a reminder that it isn't their turn.

Of course, we have to remind the nerve end to pass the dice, since they want it to always be their turn, but that's another issue.

One of my groups has two married pairs among the players. All are fun players to be at the table with. In one couple, one of the players is less familiar with the rules, and their spouse just steps in with "I'll help with that". So the more-familiar builds and advances the less-familiar's character - leaving the player who's already weaker with the mechanics not really in tune with what their character can do. They aren't even having to copy anything to a character sheet which might reinforce it, they have a character builder app.

I'm all for talking to people to work out problems, but saying "let X do their own character building and levelling, it's the only way they'll really know their character" comes across both as critical (of both) and stepping onto their dynamic as a couple. And for all I know they have tried that in the past and it didn't work out well.

They are ex players. 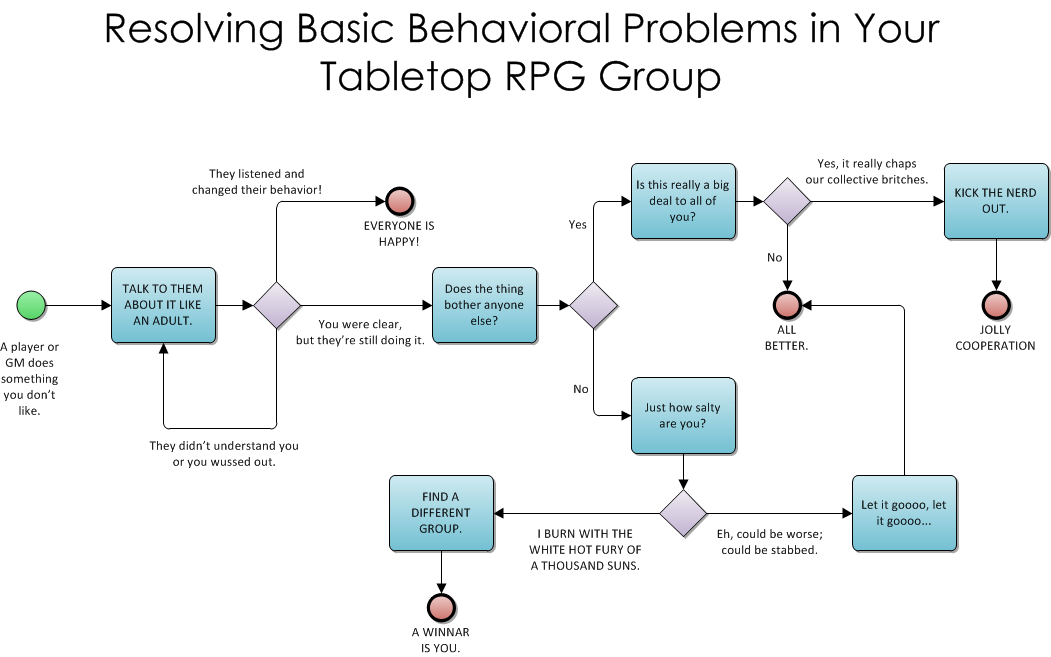