The Crazy Origin of the Dungeon

Dungeons & Dragons is known for the titular dungeon, but its origins are a little more prosaic than wargames alone. It turns out there was a formative experience in co-creator Gary Gygax's life that would inspire dungeon exploration. 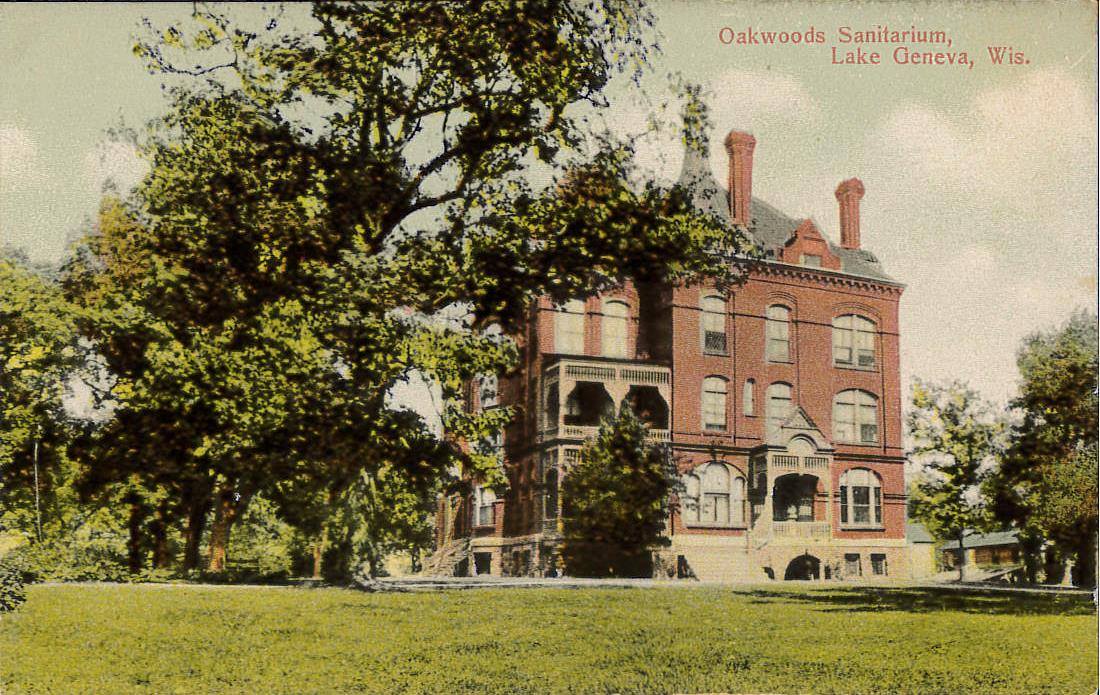 A Link in the Chainmail​

It's telling that Chainmail, Gygax's rules for miniatures combat, featured mines but not dungeons. Jon Peterson explains in Playing at the World:

While Chainmail obliquely mentioned the use of pen and paper to represent mines beneath castles (digging under walls being a recognized, if tedious, manner of circumventing defenses in the medieval period), Gygax never suggested that an underworld might be a suitable venue for gaming. The purpose of this paper record in Chainmail is to preserve the secrecy of mining operations: “While the defender will always know where these men are located,” that is, where the miners broke ground, “he will not know if they are actually at work on a mine,” nor more significantly where the tunnel extends. The referee maintains the paper, and draws the direction of mines and counter-mines in accordance with the instructions of the players.
Click to expand...

In essence, Gygax established the "fog of war" mechanic in D&D as a means of keeping players in the dark -- an integral part of dungeon exploration being revelation of the unknown, room by room. The dungeon exploration we are familiar with today had its roots in co-creator Dave Arneson's Blackmoor. Shannon Appelcline explains in Designers & Dragons -- the 70s:

...the Black Moors were run as a campaign, with players eventually gaining experience from episode to episode. Throughout 1971 Arneson’s group fought fairly typical miniatures battles — facing off with the forces of the “Egg of Coot.” Then, in late 1971 or early 1972, the heroes moved to a new battlefield: the dungeons beneath and around Castle Blackmoor — a castle that originated in a plastic kit of a Sicilian castle that Arneson owned.
Click to expand...

Peterson explains what happened next:

Arneson borrowed this pen and paper to keep his players in the proverbial dark while they explored his dungeon. He gave them information only about their immediate, claustrophobic surroundings, leaving it to their ingenuity to navigate their way to the ultimate depths, to say nothing of the way out. The result little resembled a traditional wargame: it was more a game of exploration, negotiated verbally with the referee, punctuated by bursts of combat.
Click to expand...

Gygax's collaboration with Arneson would take dungeon exploration at a whole new sub-level.

It was spring and the day was brisk. The boys stood in a driveway off Main Street that hadn’t seen use for many years. The rusty chain-link fence was in poor condition, having been compromised numerous times over the last many years. A crude sign on the fence advised KEEP OUT— NO TRESPASSING. This, paired with a more formal but tattered sign inside the fence’s perimeter reading OAK HILL SANATORIUM, served as a clear invitation for the boys to enter.
Click to expand...

Gary called it the Oak Hill Sanitarium. It was actually the Oak Wood Sanitorium on Catholic Hill, so Oak and Hill were put together, causing the difficulty. When Gary was young, the building still stood and the steam or laundry tunnels were still accessible. There were also holding cells, very much a dungeon setting.
Click to expand...

The sanitarium is known by a few different titles, including Oakwood Sanitarium:

The sanitarium was opened in 1884. It was abandoned after World War II, and the story goes that locals were plagued by screaming coming from the empty building. As prime real estate, It was torn down years ago and built over but, according to rumor, that hasn't slowed down the former patients at all...
Click to expand...

Lisa M. Schmelz picks up the thread in her article, "Mysteries of the Mind," where the sanitarium is referred to as Oakwood Springs:

Opened on May 13, 1885, Oakwood Springs was built at the then-astonishing cost of $80,000. Its treatments for diseases of the brain and nervous system were, at the time, the best the world could offer. In addition to promoting health via 63 acres of rolling hills and spectacular lake views, Oakwood’s attending physicians supervised a myriad of treatments. King would go on to acquire two other Lake Geneva properties and convert them into sanitariums. One was known as Lakeside, the other as Lakeside Cottage.
Click to expand...

Witwer imagines how Gygax would have perceived the secret dungeon:

The natural beauty of Lake Geneva was no doubt considered therapeutic to those with mental illness, which may explain the prevalence of such institutions, usually given business names less ominous than asylum. The now abandoned and decaying buildings at Oak Hill were a perfect backdrop for an imagination as fertile as Gary’s, given fuel by circulating folk tales about escaped madmen and urban legends about prosthetic hooks found dangling from car doors by teenage lovers. Such tales would have hit very close to home for the population of Lake Geneva in the mid-twentieth century, to say nothing of a boy with Gary’s fascination with danger and intrigue... Legend held that Oak Hill, unlike many of its local counterparts, was for “very disturbed” patients who were subjected to an array of experimental and inhuman treatments. Adding to its intrigue, the doctor who owned and operated the facility allegedly went insane himself around 1910, which brought about the institution’s demise.
Click to expand...

The Sanitarium eventually burned down in 1956.

Gygax confirmed on ENWorld that a certain abandoned building inspired the exploration of dungeons in D&D:

Actually, the abandoned ruins of the five-story, red brick insane asylum (Oak Hill Sanitarium) that still stood here until c. 1958 were more influential in inspiring the D&D game than was the history you mentioned--the place had tunnels under it and "secret rooms" created by the boys who haunted the place.
Click to expand...

In the bowels of Oak Hill, the boys explored the “maze of tunnels,” crawl spaces, claustrophobic rooms, and secret passages that made up this veritable dungeon— a place, they thought, more appropriate for dragons, monsters, ghosts, and treasures than patients. Gary would later make it clear that there shouldn’t be “any doubts about where much of the inspiration for castle ruins and dungeon adventures came from . . .”
Click to expand...

The dungeons we know today are a combination of Arneson's imaginative use of a toy castle and Gygax's childhood inspiration of a place -- whatever its name -- in which the mind was exercised in another fashion entirely.
Last edited: Dec 12, 2022
Click to expand...

What a great little read. Thanks for this.

Exploring forbidden buildings was some of our favourite childhood activities... school's storage areas, apartment building cellars (we even had one huge building in our neighborhood which had a network of interconnected cellars we nicknamed the "labyrinth"), abandoned factories, church's inner sanctum, and even our city's biggest skyscraper while still under construction. No surprise that the exploration pillar has always been my favourite part of D&D

I love these kind of historical articles. Thanks for compiling it!

Awesome article. I get a little sad though when I read these articles about Gary, Don, Dave, Bob,Tom, etc.

Good job. I remember exploring as a kid!

This is a nice series, Mike, and I've enjoyed reading various installments.

This edition lends Gary's later reminiscences too much credence, I fear. Back in 1975, Gary gave a very different account of the origin of dungeon adventures: in the intro to the TSR Blackmoor pamphlet, he calls Dave "the innovator of the 'dungeon adventure' concept." All evidence we have suggests that this was a very novel and disruptive idea for Gary when Dave presented it to him back in 1972. If Dave invented it, then Oak Hill couldn't have been a factor in its invention.

Now, as you point out earlier miniature wargames (including Chainmail, and Fletcher Pratt's naval game even) had used pen and paper to let the referee maintain secret information. But the invention of a game where you draw a hidden dungeon ahead of time, populating it with all sorts of traps and adversaries, was not "inspired" by Oak Hill in any way. Oak Hill may have inspired Gary's approach to dungeon design, say, as he tapped into childhood memories after Dave introduced this innovation to him. But unfortunately that isn't the way Gary presented the matter after decades of lawsuits and bitter attribution disputes had surely replaced his memory around this matter (and surely Dave's as well) with talking points.

And I don't mean to pick on Mike Witwer, who is doing his job as a biographer bringing Gary's words to life. But for those of us trying to nail down history, we need to put up a bit of hazard tape when we know Gary's words are misleading. There's no harm in relating Gary's story about Oak Hill as long as it comes with some commentary to "teach the controversy." Though honestly, I don't think there is much controversy to teach here: this is one we really need to attribute to Arneson and his cohorts in the Twin Cities.

increment said:
Now, as you point out earlier miniature wargames (including Chainmail, and Fletcher Pratt's naval game even) had used pen and paper to let the referee maintain secret information. But the invention of a game where you draw a hidden dungeon ahead of time, populating it with all sorts of traps and adversaries, was not "inspired" by Oak Hill in any way. Oak Hill may have inspired Gary's approach to dungeon design, say, as he tapped into childhood memories after Dave introduced this innovation to him. But unfortunately that isn't the way Gary presented the matter after decades of lawsuits and bitter attribution disputes had surely replaced his memory around this matter (and surely Dave's as well) with talking points.
Click to expand...


I agree -- Arneson surely had the mechanics down first, and I say as much in the article. I find it interesting that Gygax (and later Witwer) specifically pinpointed an experience for dungeon exploration when it's been established that Arneson created that mechanic first. I still believe it leaves open the possibility that Gygax's experience influenced the dungeons he later wrote, like Tomb of Horrors. Or to put it another way, Arneson certainly "invented" dungeon exploration but Gygax's experiences may have later fleshed it out. I don't see the two influences as incompatible.

talien said:
I don't see the two influences as incompatible.
Click to expand...

When you put it in these terms, that's perfectly reasonable - but the claims in the article (which only mirror Gary's own claims) come across stronger than that. The title is "The Crazy Origin of the Dungeon." The intro paragraph talks about how "It turns out there was a formative experience in co-creator Gary Gygax's life that would inspire dungeon exploration." Later a line says that "Gygax confirmed on ENWorld that a certain abandoned building inspired the exploration of dungeons in D&D." It is correct that Gary did say that many years later. But at the time, there was no confusion about who came up with the idea of dungeon exploration, and it had nothing to do with Oak Hill.