ZEITGEIST The Hounds - a Zeitgeist Campaign

As a quick editorial comment, I've been playing D&D for more than 20 years as an adult (with the same group) plus a few years in high school. I think the Dying Skyseer is one of the most interesting and well-done adventures I've ever seen or done. I wouldn't recommend it to new DMs or new players, but for anyone who already has some dungeon crawls under their belt and has mastered the basics, I think this adventure gives a masterclass on design and interesting intricate plots and investigation. I added a couple of small additional storylines to tap into or set up things from player backstories and also just to try to slow down a little to give time for Digging for Lies to come out on Roll20. This chapter was long and did have some frustrating moments for the players, but I think they were "good-frustrating" and will made their eventual triumph over the "Shadowman" and future rematch with the Steelshaper (who they just hated with a white-hot passion!) more rewarding. 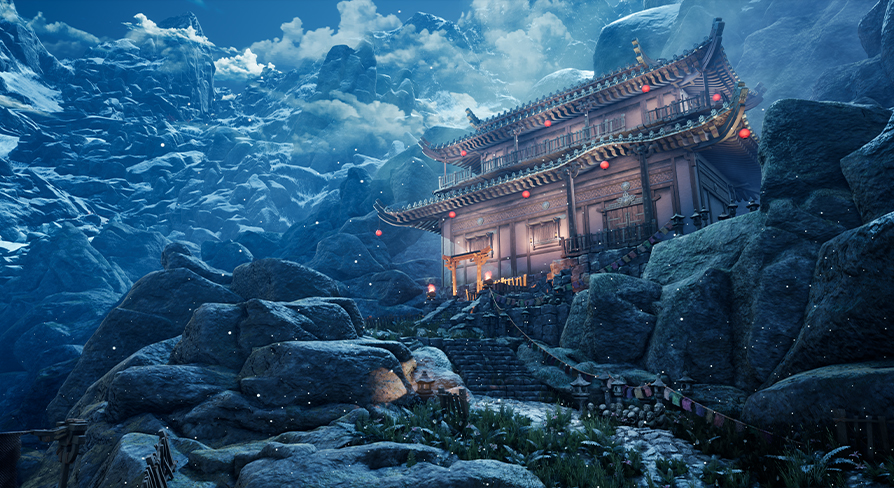 We slept for the evening at the RHC and awoke the next morning to report in with Delft. Bell went off to his lab to run tests on the blood and potion vial while the rest of us met Delft as soon as he got in.
Delft congratulated us on how much we were able to find out in only a day but urged us to keep at it and see if we could bring resolution sooner rather than later.

As we were about to leave his office, a letter arrived for us from Security Chief Le Brix. It was a list of items missing, all mundane, but it included a message in Danoran that seemed to suggest continuing our investigation would be a good thing.

I don’t remember who it was that brought up speaking with the dead girl but Delft told us we definitely had people who could do that. The reliable spell wouldn’t be available for a day or two but he had a… less reliable means of having it done immediately if we wanted.

We figured that was better than nothing at this point and so Delft sent for a man named Gaethan.

When he arrived, it was obvious why Delft described him as “less reliable.” He was very odd. We told him we needed to know any associates the woman had, what she stole from the embassy and what she said to the Doctor just before she died.

He wrote it all down but then looked at me and said, “You need to find out who killed your loved one. Their soul is in a very bad place right now.”

How he knew anything about me… I recovered quickly but I’m sure the others could see my troubled face. They didn’t press it however and we moved on.

We talked to a couple other constables who were going to do a little searching for the “family wharf” situation but they also asked if Heward Sechim was related to the skyseer Sechim? I’m not sure how we missed that connection but we did. It was an interesting lead to track down.

But first, we planned to stop at the Parity Lake police station and see what they could tell us about the victim’s recent arrests.

That turned out to be the right call as Sylvia and Vic were able to get ahold of her arrest record that included not only her address but the address of Heward Sechim! And, they were the same location!

We made our way there immediately and found it was a factory. Two other factories close by had protestors outside but Sechim’s didn’t. Sylvia got on a soapbox about working conditions in factories and made it very clear where her political leanings were on the subject.

That carried over once we got inside and found Sechim as she started the conversation off by talking about his factory. We moved further away from the task when Gyldiel jumped in and started asking questions about his relationship to the Skyseer. I pulled the team back to why we were actually here though and we got down to questioning him about Nilasa.

Apparently she was his adopted daughter. He was afraid we were here for the reason we were as his uncle, the Skyseer, had told him she would fly to her death about a week ago.

He told us she came from a rough background and that she ran with the wrong crowd sometimes but he thought all that was over. He did say she’d become enamored with Gale and he thought perhaps had tried to reach out to her.

He also told us a couple of men had come by in the last week trying to strong arm him into selling them strong corrosive materials off the record. He asked us to help him with that if we could.

We thanked him for his time, searched her room (producing only a book on how to learn elvish), and made our way out.

We decided to meet up with Bell before heading out to the Cloudwood in search of the Skyseer. Heward intimated that the Skyseer knew Gale and could potentially get us an audience with her.

Following the instructions from Heward on getting up to his uncle, we made our way out to the Cloudwood.

A bit of excitement occurred when, at one point in the mountains, we heard sounds of a fight up ahead.

We found an overturned wagon, three men with guns beside it and a host of others with crossbows firing at the men.

Not quite sure what was happening, we spent a few tense seconds getting everyone to cease fire. When we finally accomplished that, the men in the wagon had kidnapped a woman from the other side. The kidnappers worked for Lorcan Kell and this was a power move to try and branch out into the Cloudwood. The others were little more than bandits themselves but they hadn’t broken any law we could tell and so we let them go. In thanks, they showed us the fastest way to the Skyseer.

Finally arriving at our destination, the Skyseer told us he could indeed set us up to meet with Gale but he needed a favor from us first. He wanted us to take him up Cauldron Hill so he could get above the smog for a clearer reading of the stars… Cauldron Hill! Yikes.

We agreed as it didn’t seem we had much choice. We decided to stay up here for the night and then try to get up to Cauldron HIll after that… 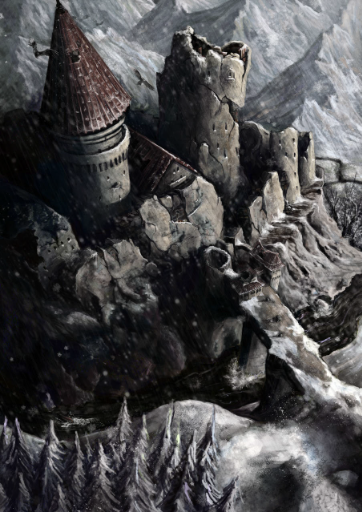 The next morning, we took a walk down the mountain to our carriage that was waiting. While traveling, Sechim spoke very directly to a few of my companions. What he said, though I didn’t understand it, actually made Vic tear up a bit and made Gyldiel angrier than I’ve seen him.

We dropped Sechim off at his nephew’s factory and made our way to the RHC to report. We interrupted a conversation between Delft and our senior leader, Margaret Saxby. We told them everything we’d learned so far and of Sechim’s request that we take him up Cauldron Hill in order to get him to agree to talking Gale into meeting us.

They processed all of that information and then Saxby recommended we take care of something for the mayor of the Nettles. He’d asked the RHC for help solving disappearances that had recently begun in his jurisdiction. We hadn’t taken it on yet but if we did this, it would give us a feather in our cap to ask the favor of him letting us up Cauldron Hill. She recommended beginning our search at Lastwatch Keep as it seemed centrally located to the disappearances.

Delft also told us the ghost whisperer reported back in. Unfortunately, he didn’t give us much we didn’t already know. New information was that she was attacked by a man with scars but no face.

We made our way to the Nettles and Gyldiel, who’d been placed in charge of this lead, began questioning folks we could find.

All of a sudden, there was the rumbling of an earthquake and a huge rock began tumbling down the hill towards us. When it passed, Vic noticed some shrieks coming from up where the rock had fallen. Running that direction, we found two goblins caught in a hunter’s trap. They begged us to let them go as their masters would be angry if they didn’t return to the keep with food. This seemed like a good enough lead…

We took them to the keep but just before we got there, Gyldiel took a swing at the goblins after they admitted to capturing and killing humans. He missed. Vic killed one and then the other started shouting. That’s when I acted and shot him dead with my crossbow.

At first, it didn’t seem like anyone heard and we made our way in. However, in the second room, an ambush was sprung on us. In addition to goblins, there were drow fighting us as well. They cast multiple faerie fires that eventually hit all my companions but me. I decided to drop a Fog Cloud spell as the enemy was about to shred us before we even had the chance to act.

It worked very well as it mostly protected us from their rain of arrows. There was a bit of chaos next though as Gyldiel ordered us all back into the hallway. The rest of my companions apparently don’t quite understand chain of command quite like I do coming from the military academy. They chose to ignore Gyldiel and pressed the attack.

The fight got a little scary as there were so many enemies. We held our own though and I eventually convinced our team to fall back to Gyldiel’s position. When we did, our enemies didn’t follow us though and, instead, set up their own defenses.

So, we pushed forward and eventually took them out after a long fight.

Interestingly, one of them seemed to recognize Gyldiel and called him “Slave 4031” or something like that. It left the impression that these Drow might actually be up here to capture or recapture Gyldiel. We decided to take a quick rest and perhaps have a little chat with our current group leader…

S
ZEITGEIST The State of My Zeitgeist Campaign (help appreciated!)