5E The Kickstarter for Mythological Figures & Maleficent Monsters Has Launched! 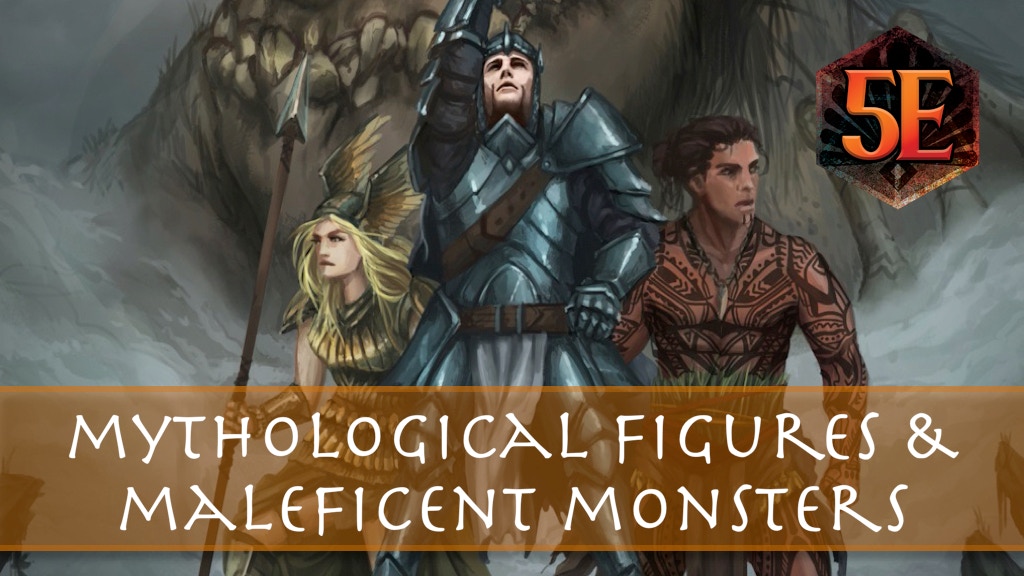 The world is full of myths and legends which inspired those in our modern fiction and games. Iconic warriors and wizards, vampires and things from the deep, epic figures from history, these legends are universally known.

From Mike Myler’s popular by-request column, this 230-page epic compilation of over 100 legendary heroes, villains, and monsters brings these characters to life for the 5th Edition of the world’s oldest roleplaying game.

Plus a foreword from James M. Ward, author of the original Deities & Demigods!

What You Get!
All ready to print and ship as soon as this Kickstarter campaign ends!

Bloggers and news outlets, here's a big folder of press assets you can use. 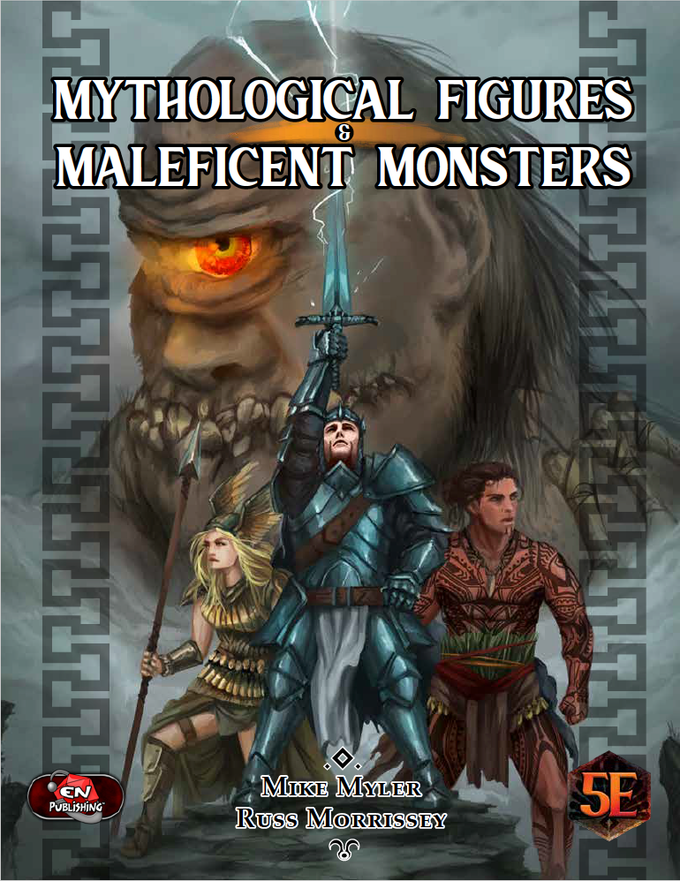 The 100-or so entries included in Mythological Figures & Maleficent Monsters were those requested to be featured in the weekly column by Mike Myler. They represent a fun and eclectic sprinkling of different archetypes, encompassing myth, legend, and history. Also found throughout the book are over 30 new magical items, such as Excalibur and Mjölnir. Mike's column is ongoing, so if there's any mythological figure you'd like to see in the future, be sure to ask him on EN World!

By golly this might hit the first stretch goal within the first hour!

Congrats on a good launch!

Congratulations! It looks to be a wonderful addition to the D&D library!

Looks good. It's not on my high list of choi-See's the option for a Leather bound Physical copy of the Masterclass Codex book.

Well, I've been meaning to get the Masterclass Codex book. Might as well spend a little extra and get both!

Backed. Third Kickstarter I backed this week. I guess I am still in a buying mood!

For the sake of my marriage I will wait at least one more paycheck before backing another kickstarter, but I'll get there.

Edit: And I just realized I could merge said recent kickstarters by taking Grendel from here and adding him to a Beowulf: Age of Heroes game!

Hardback coming my way! Honestly having it ready (to go to print and pdf ready) so soon after the Kickstarter is the way I wish other creators would do it. I dislike backing and waiting until September 2021 for a book if possible. Thanks all that had a hand in this project, much appreciated,

BookBarbarian said:
For the sake of my marriage I will wait at least one more paycheck before backing another kickstarter, but I'll get there.

Edit: And I just realized I could merge said recent kickstarters by taking Grendel from here and adding him to a Beowulf: Age of Heroes game!

Yep, we have Grendel and Beowulf!

I make it a rule to not buy any physical books outside of the Official WoTC...... darn it you are making break that rule. Can't wait to get it!

I saw the Facebook post for it and it seems to be a bit spicier over there! Hope they're not trolling you too hard Morrus!

I'm tempted to buy this just to run a Kill Santa Claus campaign for my daughters (but not tell them that the foe they'll face at the end is Santa Claus).