The Labyrinth RPG Is Out!

Based on the David Bowie movie with Jim Henson puppets, it has snuck out and is available on Amazon.

"Jim Henson labyrinth - the adventure game contains everything you need to enter the magical world of Jim Henson labyrinth. This beautiful collectors item contains a full epic adventure which can be played both by expert role players using their favorite RPG rules system, and by fans of the labyrinth who are not role players, using the streamlined rules system included in the book! In this book you will find: a full length adventure with over 100 varied scenes full rules for creating characters and adventuring in the labyrinth two custom dice included inside the book! Written by renowned RPG writer Ben Milton, with guest scenes by Alessandro cavatore, Jack Caesar, Patrick Stuart, & matt ward amazing artwork by Ralph Horsley, Johnny fraser-allen & Brian froud! Tools and tables for creating your own adventures within the labyrinth three colored ribbon markers for tracking progress through the adventure full color book mark with rules references and tips high quality cloth cover, the perfect addition to any collector's bookshelf" 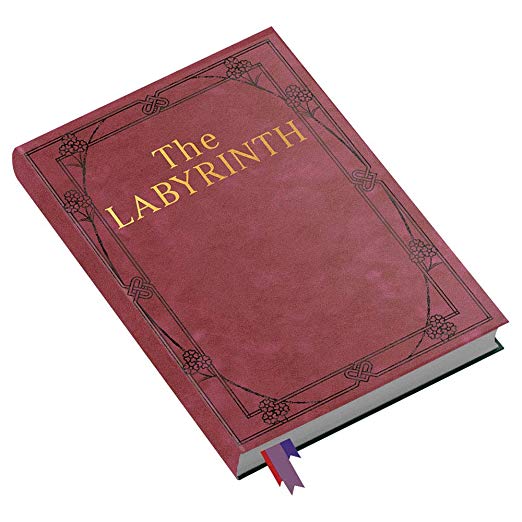 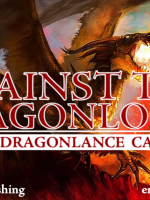 So the dice are carried in the book via a rectangular cut on every page? Is that just a storage solution or a mechanic as well?

Supporter
I want to read this. I also think the page cutouts for dice is dumb. You win some you lose some I guess.

Supporter
This is how I end up with a shelf full of stuff I'll never play.

Folks at RPG.net really like this, although at least one person has run into trouble with the quality of the binding.

Fenris-77 said:
I want to read this. I also think the page cutouts for dice is dumb. You win some you lose some I guess.
Click to expand...


It's got it's pros and cons, but I like it! The video "previewer" does mention that they tend to fall out when folks open the book (not expecting dice to be inside).

One of the pros of it is style, which any game in which David Bowie is the potential Big Bad needs to have in spades.

That is one franchise that has no nostalgia for me. Didn't like the movie.

No, you're thinking of Patrick Stewart. He doesn't write RPGs!

Morrus said:
No, you're thinking of Patrick Stewart. He doesn't write RPGs!
Click to expand...


Thank you. Brain froze up for a moment there. Sir Patrick doesn't write RPGs, but I would hardly put it past him to know somebody and have a mythic idea that gets included...

This is an interesting book, I've had it in my hands for about a week already. My wife is obsessed with Labyrinth, and we're both fans of anything even tangentially connected to Henson, so it was a must-get.

The oubliette for the dice is a nice touch to be able to provide dice with the book for new gamers, without having an extra bulge outside of the packaging, but it also means the book has to be shrink-wrapped on the shelf, so no perusing it in store. It's pretty annoying to have the dice in the book while you're flipping through pages, though, as I was doing during a coffee break in the courtyard at my office.

The rules provided are simple and straightforward. Simple choices to be made, good stuff + bad stuff, items, stuff from your "race," and then a DC system is used to overcome challenges. Only need the two included d6s to play using this system.

The way the included adventure works is neat and flavorful, working against a 13 hour clock to get to the center of the labyrinth. There's also some included info on what to do if you'd like to build your own labyrinth. It seems incredibly easy to adapt the scenes I've read so far to other systems.

One thing that surprised me was that it suggests making your own goblin king and gives some ideas about it. I think going into the book I expected it to be, "this is the goblin king," with a picture of Jareth.


Von Ether said:
So the dice are carried in the book via a rectangular cut on every page? Is that just a storage solution or a mechanic as well?
Click to expand...


I haven't read every scene in the included adventure yet, but based on the rules alone, it was a storage and packing solution. For sending to stores with included dice, this may have been favorable to including a plastic container. Working as storage as well when not using the book is nice enough.

Saw this at my FLGS and had to get it, am very impressed.

Failed my will save....had to buy it.

MNblockhead said:
Failed my will save....had to buy it.
Click to expand...

It's the book with the power.

Love the movie, but JC was an idiot. Open air maze made of stone walls? CLIMB the darn thing! Haven't seen the book and doubt that I'll get it if I do. One more thing I'd probably never play.

Looks pretty sweet! But I'll hold out til I hear more about it. Doubt the game itself would be of much use to me, but as a sourcebook? Hmmm...

In the meantime, I'm still hoping against hope that a "Dark Crystal" rpg will re-emerge, after the last one vaporized nearly a decade ago.
* sigh *

Ah, I didn't realize this company has the Dark Crystal license, too. That certainly makes sense, and is good news! I hope your suspicions are correct.

(Though I'd still be curious to see the game Luke Crane created when Archaia(?) was working on a Dark Crystal RPG way back when. Oh well!)

Here's Who Won ENnies This Year!
2