Hey all, just wanted to post my incoming Kickstarter - The League of Not-So Aligned Sentients. 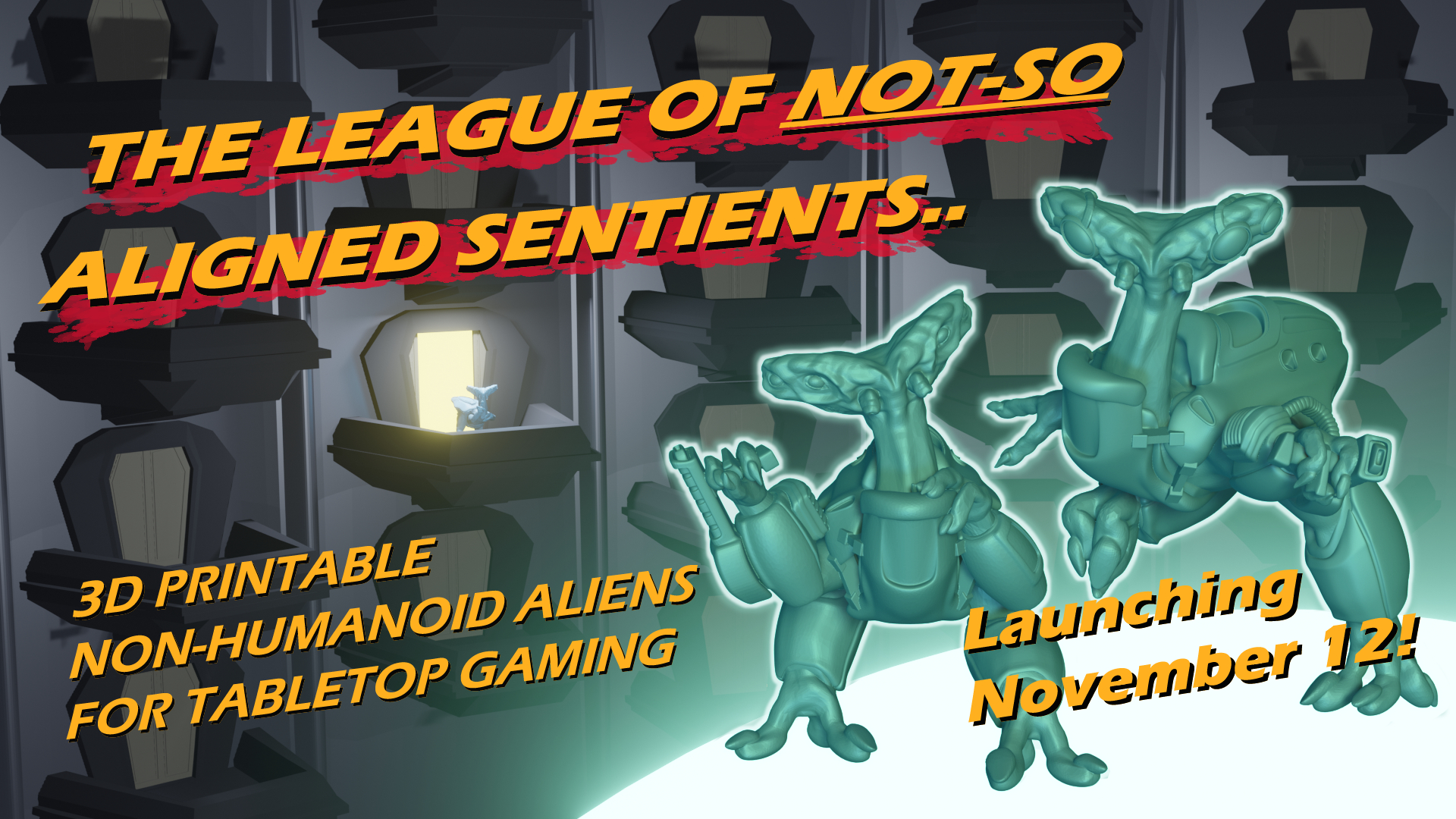 This is a passion project born of trying to make my own sci-fi tabletop game, getting sidetracked creating aliens for that, and finding that there is a distinct lack of non-humanoid aliens for tabletop games. So I really want to rectify that. The kickstarter itself is for 3d printable 28mm miniatures .stl files. Giving you something else to use for your tabletop games, so if you are tired of being boarded by Klingons, or want some new Rebel allies, or just some alien troops for whatever game of choice, check it out! Launching November 12, so this Friday!

STL files for 28mm, non-humanoid aliens for your tabletop gaming!