So about a week ago, I released The Planet Builder supplement for Starfinder RPG, though the rules are usable for any sci-fi game system: Traveller RPG, Stars Without Number, Alien RPG, White Star, Star Wars, Star Trek - any game system. It uses a series of tables and rules to create custom, scientifically viable, full star systems: stars, planets, moons, trojans, belts; lifeforms; if intelligent: technology, government; artificial megastructures from sky elevators to Dyson Spheres, rules for Interstellar Trade, and rules to create star systems that organically grow over time. While many systems have rules to create planets, I don't think there are any game systems with rules for star systems until this product. It's available as a downloadable PDF from DrivethruRPG.com 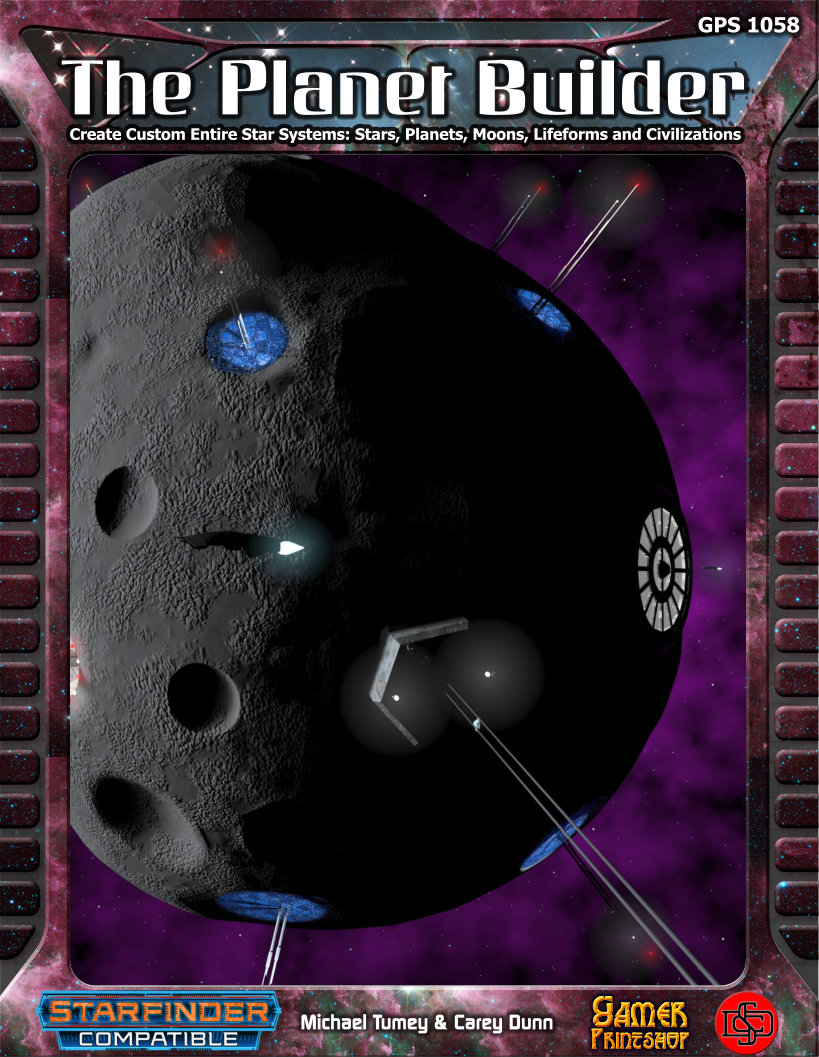