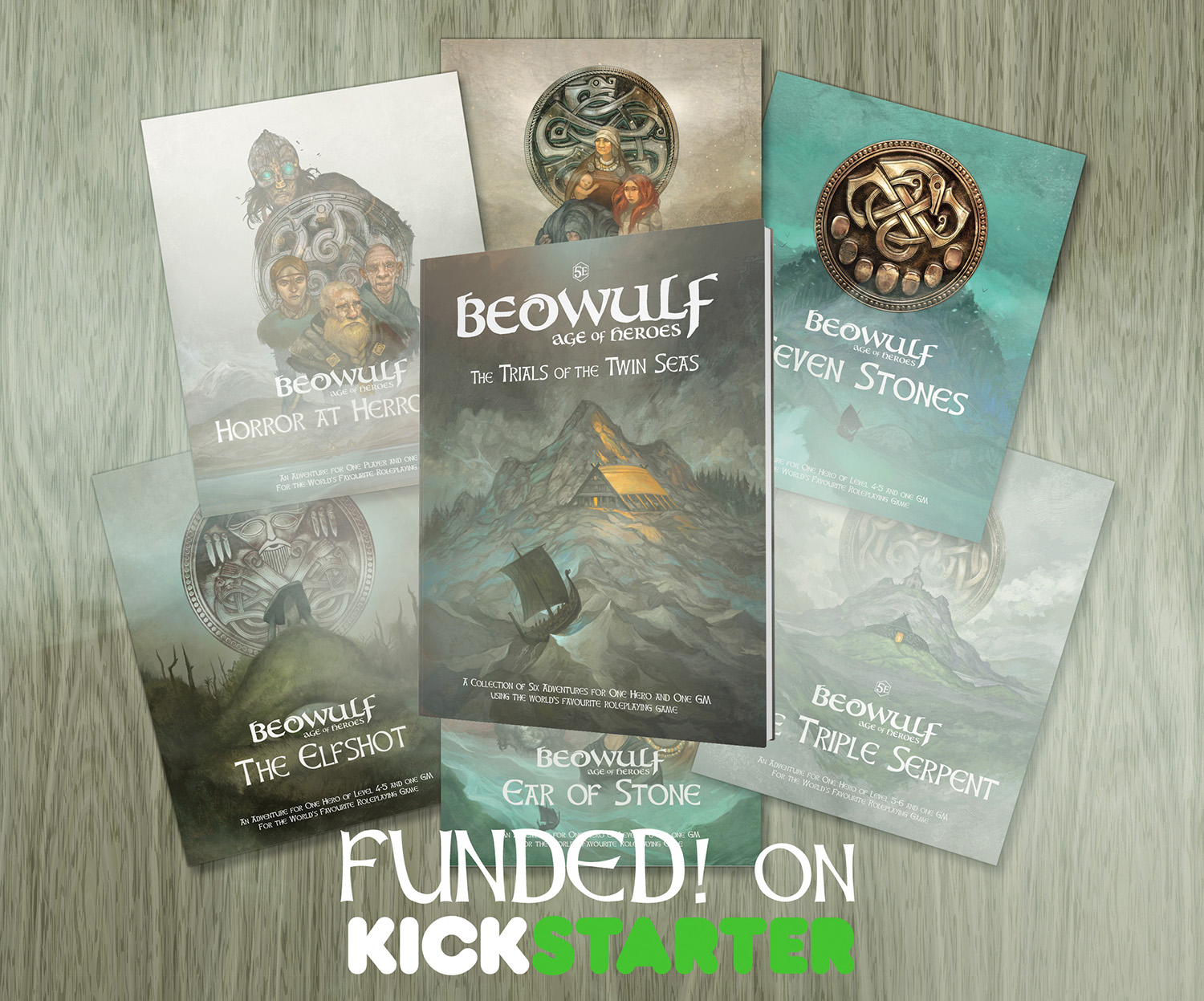 Our first hardcover set of adventures for BEOWULF is funded on Kickstarter! Each of the six adventures explore some aspect of the world, allowing heroes to prove themselves against undefeatable Monsters. To achieve victory, you must first learn the secrets of each Monster plus deal with that many other challenges of the Twin Seas!

Join the Kickstarter here!!! The adventures are already written and available in PDF form.

The ENnie nominated BEOWULF: Age of Heroes provides new rules for the world's greatest roleplaying game, focusing on duet play (one player, one gamemaster) while also including rules for larger groups.

Kickstarter BEOWULF: Age of Heroes sent to backers, and a new Kickstarter for an Art Adventure

B
Beowulf: Age of Heroes