First, let me say, that every word of this is fact and I am not exaggerating one word of it. 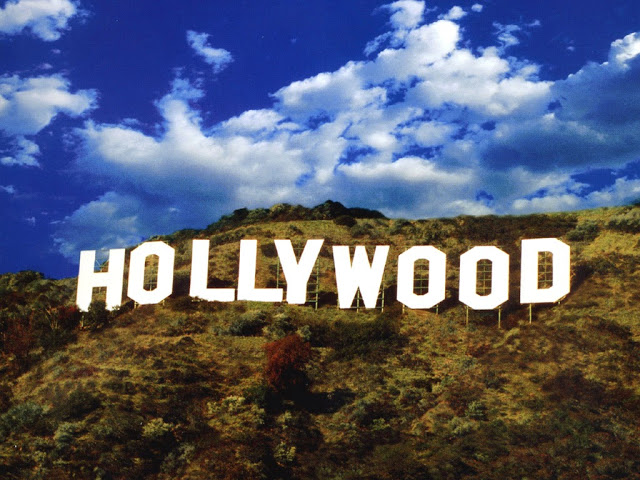 I have three wonderful sons that are grown and with families of their own. At the time of this deeply disturbing experience Theon, my youngest was 8 years old.

One day in October, I was sent to the Hollywood offices to get them to work better on turning over products on the agreed upon work schedule. They were missing all sorts of due dates at a time when my department was four months early on their assignments. I agreed to go but I wasn't happy about it, because I thought the people in that division should be able to get themselves back on time and I had my own production work to do that week.

I had worked until ten in the office the night before and went home and to bed very tired. I set the alarm for five in the morning to give me time to pack a bag for a weeks stay and get to the airport. Little did I know what nastiness awaited me all over the United States.

It was dark when I got up. My charming wife had laid out the freshly dried laundry on the couch. Without turning on the light, I packed the various things I felt I would need for the trip. I debated taking a jacket. It was October in California, surely there wouldn't be a need for a jacket. Sigh...

I get to the airport in plenty of time. I check in and get comfortable with a novel to wait for the plane. As I was reading I heard this frantic woman complain to the ticket agent. It seemed her mother had a stroke and was flying to California for some special attention. However, there wasn't a seat available for the daughter to help her mother. They went back and forth for several minutes and finally I couldn't stand it any more. There was no set time for me to be in California. I could easily afford the extra time at the airport.

The three o'clock flight turned into an 8 o'clock flight. That was a little vexing, but who hasn't gotten to the airport and been delayed. Eventually I flew to Hollywood. I got there way too late to go to the office. I rented a car and checked into the hotel. I asked for an 8 in the morning wake up call because I was going to get a big breakfast as I didn't get dinner that night.

My hotel bed clock rang at 5 A.M. I wasn't happy and I couldn't get back to sleep as I knew my coming to the office wasn't going to be appreciated. About that last I was absolutely right. I dragged myself out of my bed and unpacked for the week. Much to my horror, I had packed 7 pairs of my son Theon's underwear, naturally I couldn't get one leg in those shorts. I adjusted and managed just fine to wash my single pair every night and hang it on the shower pole to dry. I should have known this was a foreshadowing of more torture to come.

Hollywood office management wasn't happy with my intrusion. It seems they were paying top dollar for the work of comic artists and the artists were always late. My suggestion was to change the contract to subtract dollars for every day the art was late. That did help fix the problem. I was happy. It looked like I was done early and I could go home. I had lots of office work to get done. Silly me.

I was hauled off into the manager's office. He told me there was a big computer company in San Francisco that was interested in getting TSR's comic book properties for their computer games. I was ordered to go and check things out to see how serious they really were. I couldn't argue with the logic of sending me. I had been working closely with SSI on their TSR gold box computer games. I said all right, like I had a choice, and plane reservations were made.

Once again I got into town too late to go to the offices. I set up an 8 o'clock wake up call and went to sleep. AGAIN, the blasted hotel bed clock went off at 5 in the morning. I couldn't believe it. I briefly imagined industrial spies trying to make me so tired I couldn't do a good job. Did I mention I have a wild imagination?

I went to the computer game company offices or should I say company large room. It wasn't a big company at all. They hadn't even produced a finished product. Finally, when we got down to business they didn't want to give advances on the game licenses. They hoped to pay for each license out of profits from the finished computer games. That wasn't the way TSR or most companies did business.

I arrived at the airport only to discover my flight had been canceled (and I'm not lying). If I hurried I could catch a flight to Denver and from there I could get home to Milwaukee. I jumped at the chance to be on my way, somehow, anyhow.

The flight to Denver was nasty. We took off in a lightning storm. We were pushed all over the skies and everyone was feeling a bit sick. We landed in Denver in a blinding snow storm. I was too tired to realize what was about to happen to me.

Naturally, all flights were cancelled out of Denver. The airline was nice to me and gave me a free hotel room for the night. They were sure tomorrow the flights would be in the air. They directed me to a hotel shuttle. I was tired, aching all over, and starving. I don't imagine the look on my face could inspire anything but horror. There was a 300 yard walk in the cold winter storm with the snow pelting down on me. I had on a long sleeve shirt and a sad look on my face as I thought of the three warm winter coats hanging in my closet at home.

I stood at the shuttle stop as the snow covered my body for at least an hour. I was so disgusted I didn't bother to shake it off as at least an inch collected on me. As I stood there feeling really sorry for myself, a short, little old lady came up to me.

“Young man,” she said. “You need to wear a jacket in Denver.”

I wanted to scream that if I knew I was going to Denver a week ago, I would be warm in my jacket, hat, and gloves. I just stood there in several types of pain.

I checked into the hotel, grabbed a stale sandwich and a diet Coke and went to my room. Now, I know what you are thinking and you would be absolutely correct. Please remember I had a rough week. I was tired. I missed my family. I just wanted get under the warm covers to go to sleep and then catch my plane in the morning. I called for an 8 o'clock wake up call and went to sleep.

I looked at the bedside clock, waking me up at 5 in the freaking morning! I couldn't believe what I was living through. Three hotels and three clocks set at the exact same time. What are those odds like?

I couldn't help it. On the trip back I said many prayers. I asked that my luggage not get lost. I asked that my family be all right when I got home. I made several promises that I didn't manage to keep over the years. Hurrah! I did get home and back to work. I never went to the Hollywood offices again.

Oy, that sounds like an ordeal and a half.

One thing I've learned is always pack layers when you travel. Doesn't matter if it's summer, that hoodie goes into my luggage.

From the thread title, I was afraid that this was going to be something Game of Thrones-related...

Bless you for your work with gold box games. I wouldn't be in this hobby without them. They were my gateway drug.

Reminds me of the day my engine fell out of the bottom of my car at 75mph on the interstate, while driving home from work. Got lucky and didn’t die. Had to walk two miles in driving rain with no umbrella or rain coat, to call my wife to pick me up (pre-cell phone), to come home to a backflowed toilet due to the rain...

...and then found out that one of my co-workers saw me walking in the rain on the interstate, but didnt stop to help because she didn’t recognize me in the downpour.

but at least that was over in an afternoon.

I thought you were going to say that you realised your watch was set to the wrong time, which is why you kept getting what you thought were 5am wake up calls. How did 3 different hotels get it wrong?