Things from the Flood Is Now Available

The Swedish 1990's-set sequel to Tales From The Loop is now available from Modiphius. Based on the paintings of Simon Stålenhag which portray a "retro futuristic suburbia", Things from the Flood takes the 1980s kids and makes them 1990s teens. 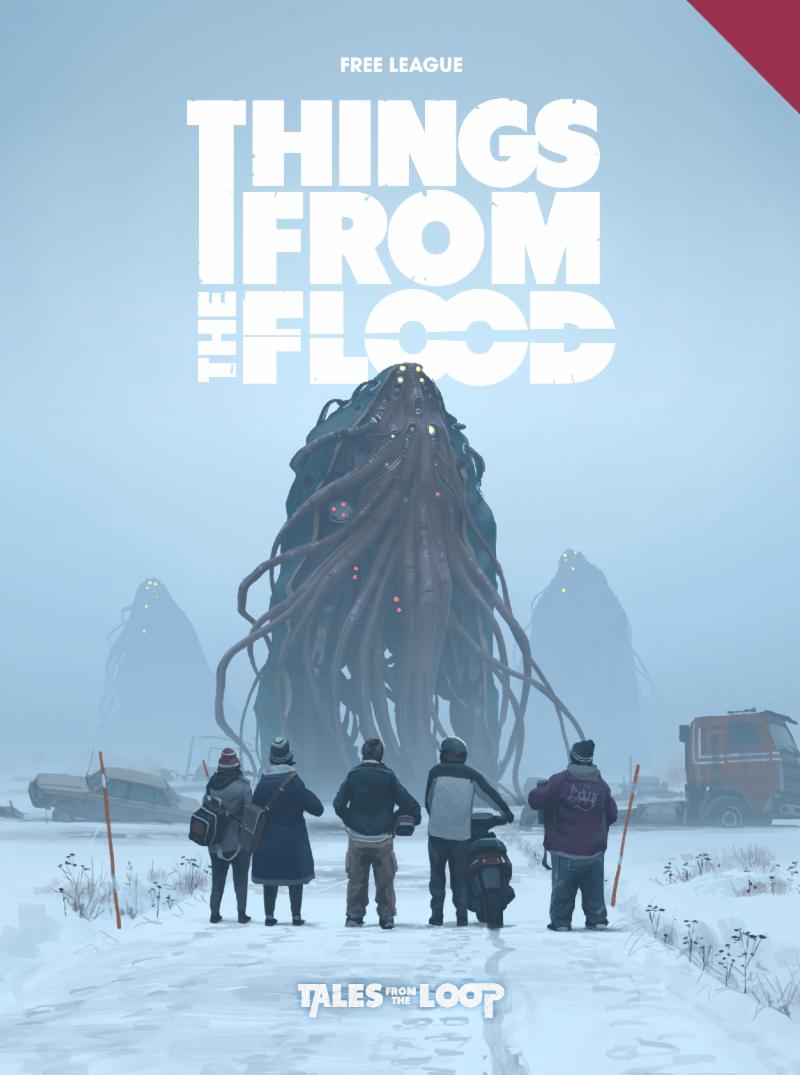 Somewhere out there beyond the cordons, beyond the fields and marshes, abandoned machines roamed like stray dogs. They wandered about impatiently, restless in the new wind sweeping through the country. They smelled something in the air, something unfamiliar.

Perhaps, if we had listened closely, we would also have heard it. We may have heard the sound rising from the forgotten and sealed caverns in the depths: the muffled pounding from something trying to get out.

Welcome back to the world of the Loop – things are different now.

Things from the Flood is the 9th most anticipated game of 2019! 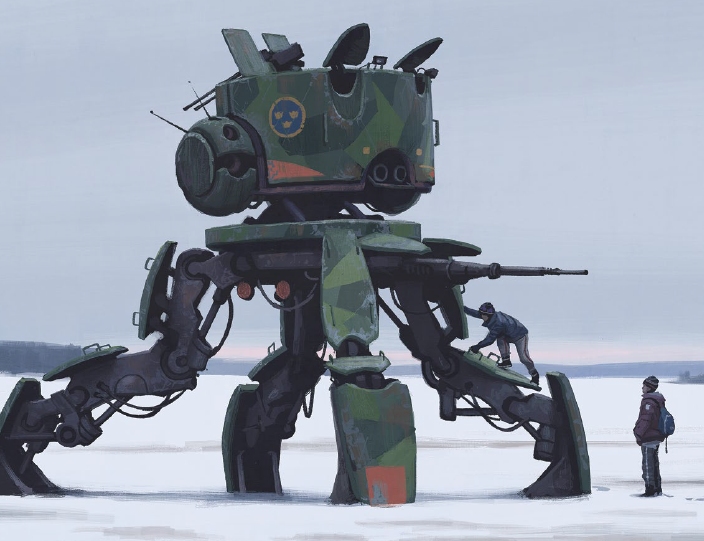 Is "Tale of the Loop" a right RPG to play with children players ( I don't mean children PCs), to give as gift to a children?

It can be played that way as it is a non-death core system. Characters get stressed and need to recover in spaces that are their "safe space"

Define children, cuz it really really depends. Tales From the Loop is a Science Fiction/Horror game at its core. Instead of Cthulhu or supernatural, the bad stuff comes from mad science. In the game you don't play children, you play tweens and early teenagers. In the game if your character turns 16 they are retired (or moved into the Things From the Flood game).

System-wise it's easy, roll a pile of d6's and try to roll as many 6's as possible. You have a few mechanics that allow rerolls if you need them. But the setting is a "children's game" in the same way Stranger Things is a "children's show." Yes nothing terribly graphic happens in that first season, but I'm not going to get my 7 year old the DVD collection as a gift.

The art is soo perfect, you feel it. Are both games compatible?

LuisCarlos17f said:
Is "Tale of the Loop" a right RPG to play with children players ( I don't mean children PCs), to give as gift to a children?
Click to expand...

Probably not, in general, but I suppose it would depend on the specific children, and how you decided to play the game.

It's very nostalgia based on the 1980s, so some kind of awareness of that time helps. It's also a horror/dark sci-fi game setting in the vein of Stranger Things. The PCs cannot die, but I would expect that most games would still have some kind of material that would be considered scary.

Things From the Flood is the next step, and moves the game forward into the 1990s, with PC ages being a bit older, and the game has higher stakes because the PCs can die in this game.

So if you played with kids who are more mature than their age and who either have some grasp of the 80s or won't mind missing the nostalgia factor, or if you ran a game that was more weird and less scary or something similar, then you might be okay.

Isn't the straight-forward answer "no".

That is, the player characters are children. Nothing about that suggest the players are intended to be children. If anything, the intended audience is grown-ups that were children in the eighties.

Things from the Flood is even darker and would be even less suitable for children.