All's fair in love and war (or so they say), and with the newest releases for the Pathfinder Roleplaying Game, you can get the best of both worlds! First up, Classes of the Lost Spheres: Paramour from Lost Spheres Publishing gives you a bit of romance to add to your game with the paramour class and plenty of supporting material for it! New feats, roleplaying advice, and also psionic powers compatible with Dreamscarred Press's Ultimate Psionics, this class will add some fun new spins for your next character (or a besotted NPC)!


But for most adventurers, the good times won't last, and TPK Games has 20 Warpriest Feats for the new Advanced Class Guide class (and Ennead Games has feats for the Arcane Trickster), Rogue Genius Games wants to give you some fun new items for your Iron Gods campaign with Relic Files: From Beyond the Stars II, and Necromancers of the Northwest burns it up with Mythic Mastery: Fire Heritage! Jon Brazer Enterprises has a new 7th level adventure with Deadly Delves: Reign of Ruin featuring lizardfolk and things worse than half-dragon monstrosities and Legendary Games has a few new sailors for you in Nautical Heroes! Finally, Interjection Games has not one, but three new bundles with Bundles That Keep On Giving: one for martial classes, another for casters, and one just for GMs! 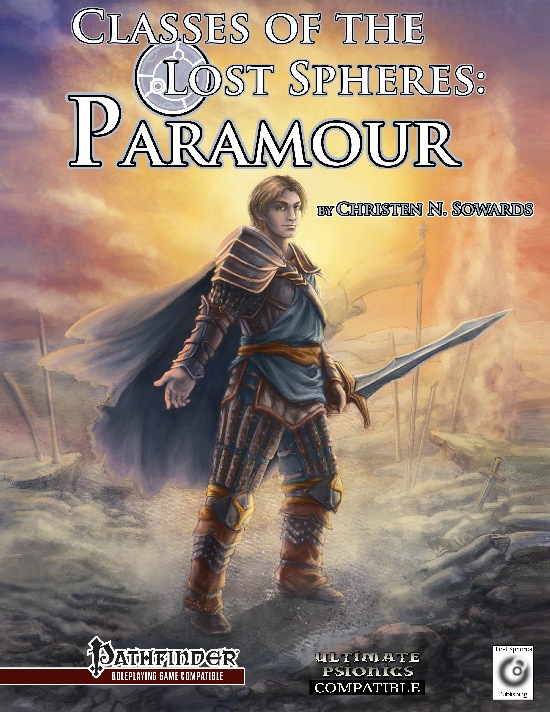 Staff member
If this is of interest, I'll include it in the news roundup from now on.

Yeah, I noticed that Paramour class. Will probably be getting it in a few days.

A couple of these will fit in perfectly with my current campaign I'm running, missed it til this thread!!