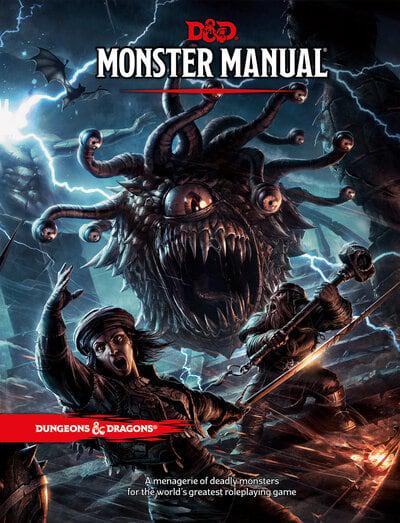 If by ruin you mean make totally awesome, I hope my players enjoy coming up against exploding Bombies.

Hobgoblin → Sobgoblin (poor dear)
Hobgoblin → Hobogoblin (another poor feller who's down on his luck)
Giant Ant → Giant Aunt (the reason we built a bigger guest bedroom)
Doppleganger → Dopplegander (a male goose who can shapeshift to look just like you, and then throttles you mercilessly)
Pit Fiend → Pith Fiend (a devil made of the soft, spongy inner tissue of vascular plants)
Dragon / Dragonne → Dragonn (when a dragon and dragonne mates. Nearly indistinguishable.)
Last edited: Mar 22, 2021

Staff member
Not my first thought when I read “flash” golem...

Sphanx - Minor demon that hides under the skirts of other demons.
Fun Gus - A guy who's great at parties.
Phantom Fun Gus - That guy that everyone says is awesome, but never seems to arrive. As in, "We waited hours for Gus, Tino, and Godot, but they never showed".
Why Vern - Why you gotta do your old buddy Ernest like that? What did I ever do to you, Vern?
Svirfneblin - This one is so obvious I don't know why no one else posted it yet.

Staff member
Rust Monster => Rush Monster (it does NOT have time for your BS!)

Umber Hulk => Ember Hulk (They are the firestarters)

Staff member
I like mint flayer- peppermint, wintergreen or spearmint?

Roper = Roger - they're serious about their neighborhood

Zombie = zombrie - they can be a little cheesy

Fire Giant = Fife Giant - you can always hear them coming

Hill Giant = Dill Giant - you smell them before you see them

Frost Giant = Flost Giant - what big teeth they have

Sprite => Spite (do NOT get on their bad side)

Rust Monster => Bust monster (they eat statuary. Yes they do.)

Gynosphynx => Gyrosphinx (guardian creatures who challenge those before them to eat a tasty sandwich before passing...or DIE!)

Roper => Groper (don’t hold near them, just report them to HR)

Banshee = Bansheet (when you don’t do your laundry for too long, this is what happens)

Bullywug = Bullypug (a cute dog that picks on people)

Centaur = Mentaur (look up, look down, I’m on a horse)

Displacer Beast = Displacer Feast (just when you think you’re about to dig into a delicious meal, psyche! It’s on another table)

Gargoyle = Margoyle (like a regular gargoyle, but made of MAGMA! Wait that’s a real monster I think)

Mummies = Gummies (available in bear, worm, and other animal shapes)

Unicorn = Uniporn (oh dear... at least they are consistent in their tastes)

Drag-on: It's breath weapon is a constant neverending stream of boring, inane conversation...
Dragone: it's obviously what used to live in the abandoned lair you just found.