Publisher
The first supplement for the new 2300AD is now here - the mighty Aerospace Engineers' Handbook!

US 2300AD Travellers can get theirs here: Mongoose Publishing 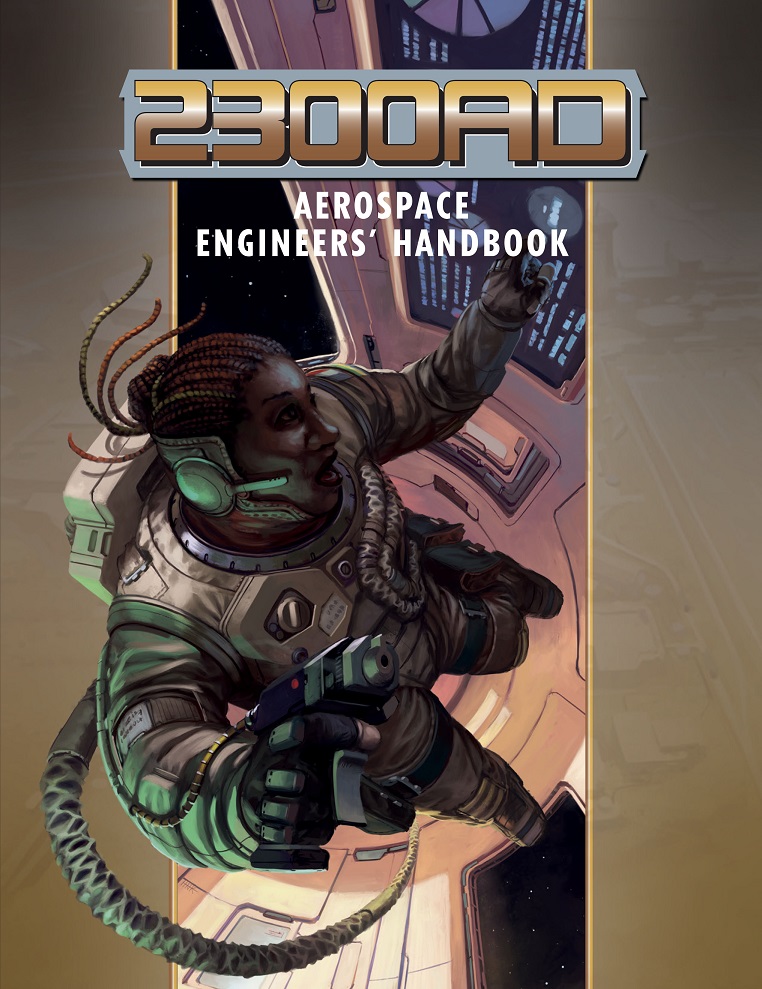 Aerospace engineering is the art and science of designing spacecraft and starships. This practice encompasses a range of craft from sleek surface-to-orbit craft to lumbering bulk carriers, and the aerospace engineer is key to their design.

Spacecraft and starships are the lifeblood of exploration and commerce. They are also vital in the defence and acquisition of colony worlds and the economies that rely on them. The stutterwarp drive provides the key to interstellar travel. Rather than taking decades or even centuries to reach the stars, stutterwarp reduces that time to days. The most difficult part remains escaping a planetary gravity well; once in orbit, you are halfway to anywhere.

The Aerospace Engineers’ Handbook provides everything you need to design not just the ships of human space, but also the vessels of the alien Kaefers, Pentapods, and Sung. It also covers the design of drones, space stations, and alternative means of achieving orbit.

Alongside this, there is further information on those living in space, the outsiders who abandoned planets for the stars, along with the major space powers and their fleets. The Aerospace Engineers’ Handbook also contains a selection of drones and ships, for Travellers to command, fight, or run away from, with advanced rules for spacecraft combat.