Publisher
The second volume of Aliens of Charted Space is now available, introducing the Solomani, Hivers and Droyne to your campaigns.

You can pre-order your own copy or grab the PDF (or get the PDF free with a pre-order) right here: Mongoose Publishing 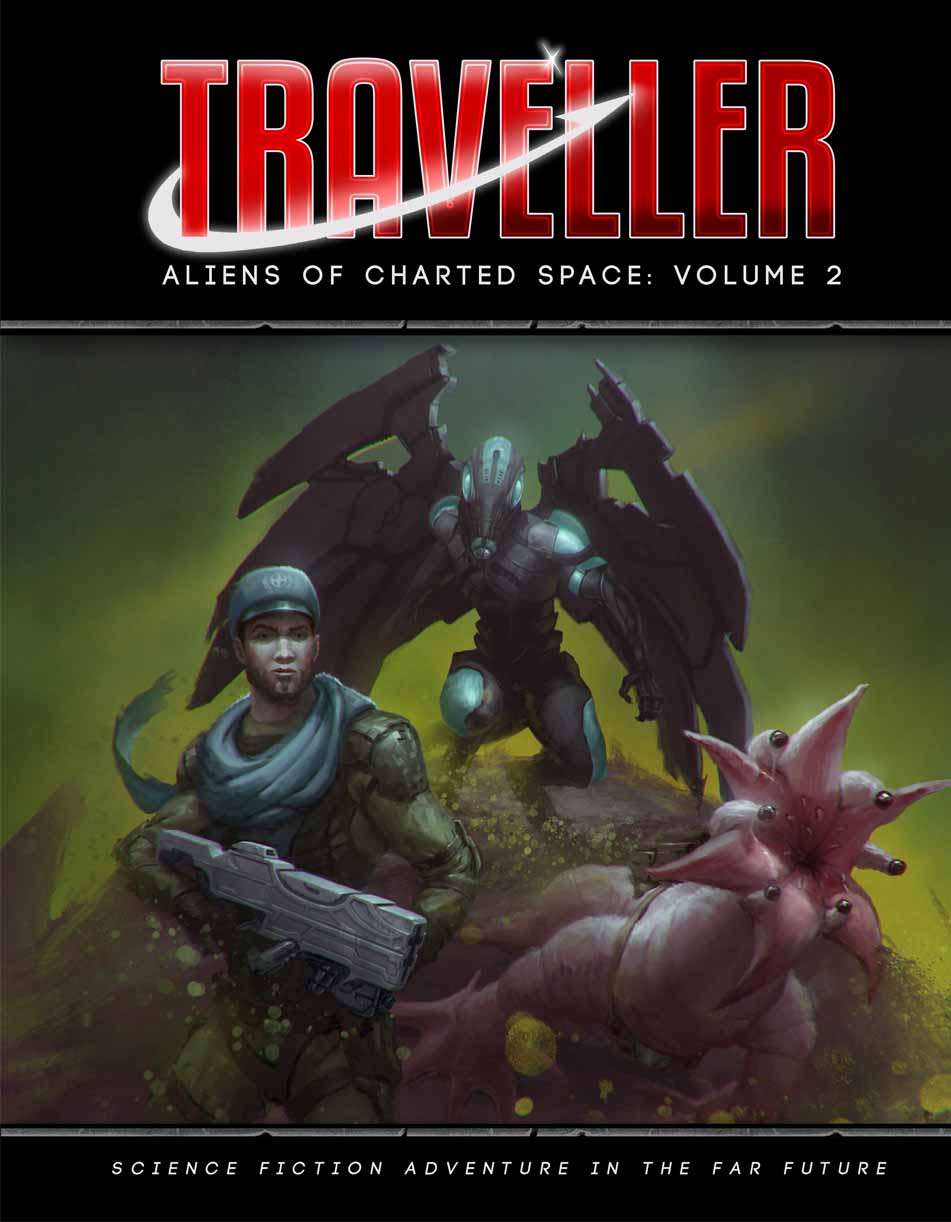 Aliens of Charted Space 2 details three of the most misunderstood cultures of Charted Space – the Solomani, the Droyne and the Hivers. Despite the fact they are the original humans, the Solomani are confusing to outsiders and often portrayed as despicable in Imperial propaganda. The Droyne and the Hivers are alien in both physical form and way of thinking. Both make many outsiders uneasy – and with good reason.

The Solomani
The Solomani are the original humans, left behind on Earth when the Ancients transplanted Humaniti throughout Charted Space. The Solomani are convinced of their own superiority and the ‘Call to Greatness’ felt by all their people. They have much to be proud of; inventing the jump drive and conquering the vast Vilani Imperium to name but two of their achievements. Yet there is a darker side to Solomani society, with the ever-present agents of Solomani Security reporting on the words and deeds of every citizen. Aliens of Charted Space Volume 2 reveals the motivation of the Solomani people and why they genuinely believe they are better than everyone else.