Up until now, there have been three tabletop roleplaying Kickstarters which have broken the $1M barrier. Now there are TWO about to do so at the same time! 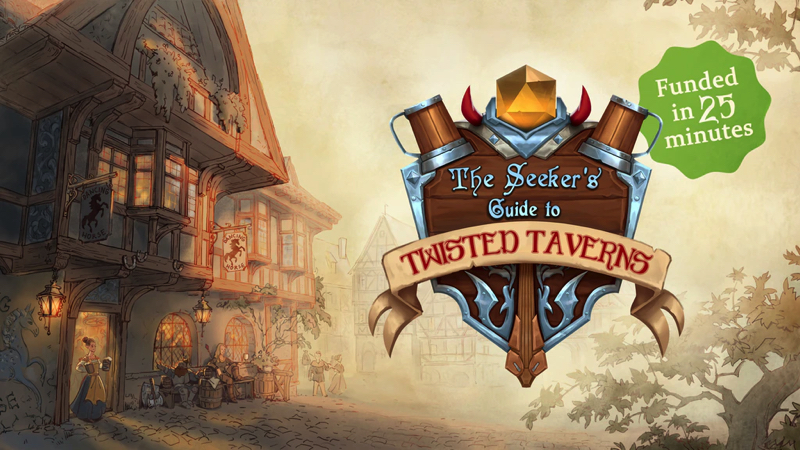 The Seeker's Guide to Twisted Taverns has 7 days to go and is at about $1.1M at the time of writing.

The One Ring 2nd Edition has 5 days to go and is at about $1.4M at the time of writing. 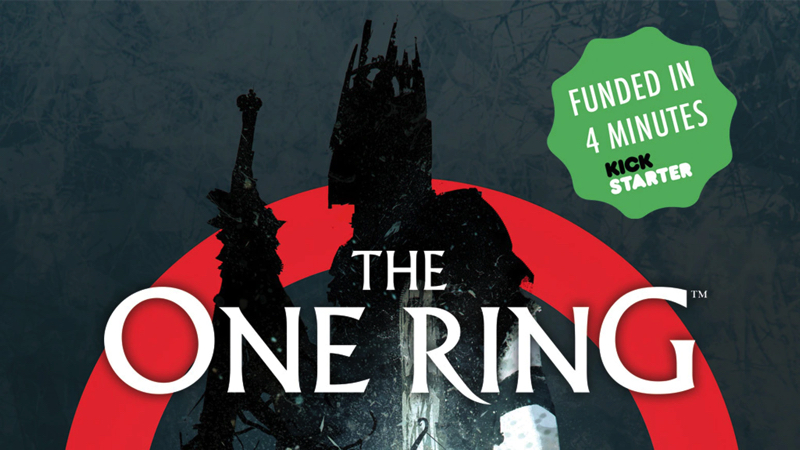 So who are the three previous $1M+ Kickstarters? Counting only tabletop RPG Kickstarters (so not video games, or Critical Role's $10M+ for its animated show) the leading contenders were Matt Colville (twice one with $2.1M and one with $1.4M!) and John Wick's 7th Sea (with $1.3M).

The One Ring is currently now in 2nd place. The question is whether Twisted Taverns can pull into 3rd place?

Morrus said:
Two of the five $1M+ TTRPG Kickstarters were 7th Sea and The One Ring. While 5E is clearly dominant, other games are doing just fine.
Click to expand...

Monte Cook is the most successful Indie with over half a million Dollars. each round in regularly funded Kickstarters. By the way, is Monte considered Indie before I get that classification wrong?

imagineGod said:
Monte Cook is the most successful Indie with over half a million Dollars. each round in regularly funded Kickstarters. By the way, is Monte considered Indie before I get that classification wrong?
Click to expand...

I don't know why you'd classify Monte Cook Games differently to John Wick or Free League. But yes, MCG is not a 5E company either (though they made a 5E book).

I bought $150 worth of 5e books last week at my FLGS, and $150 of non-5e, including some Starfinder, GURPS Space 4e, and Mindjammer FATE, so all together I think the one success helps the other. It is like a cartoon I saw on twitter, where someone is thinking their indie cake isn't as good as the pro cake, except for us we're like "two cakes!" 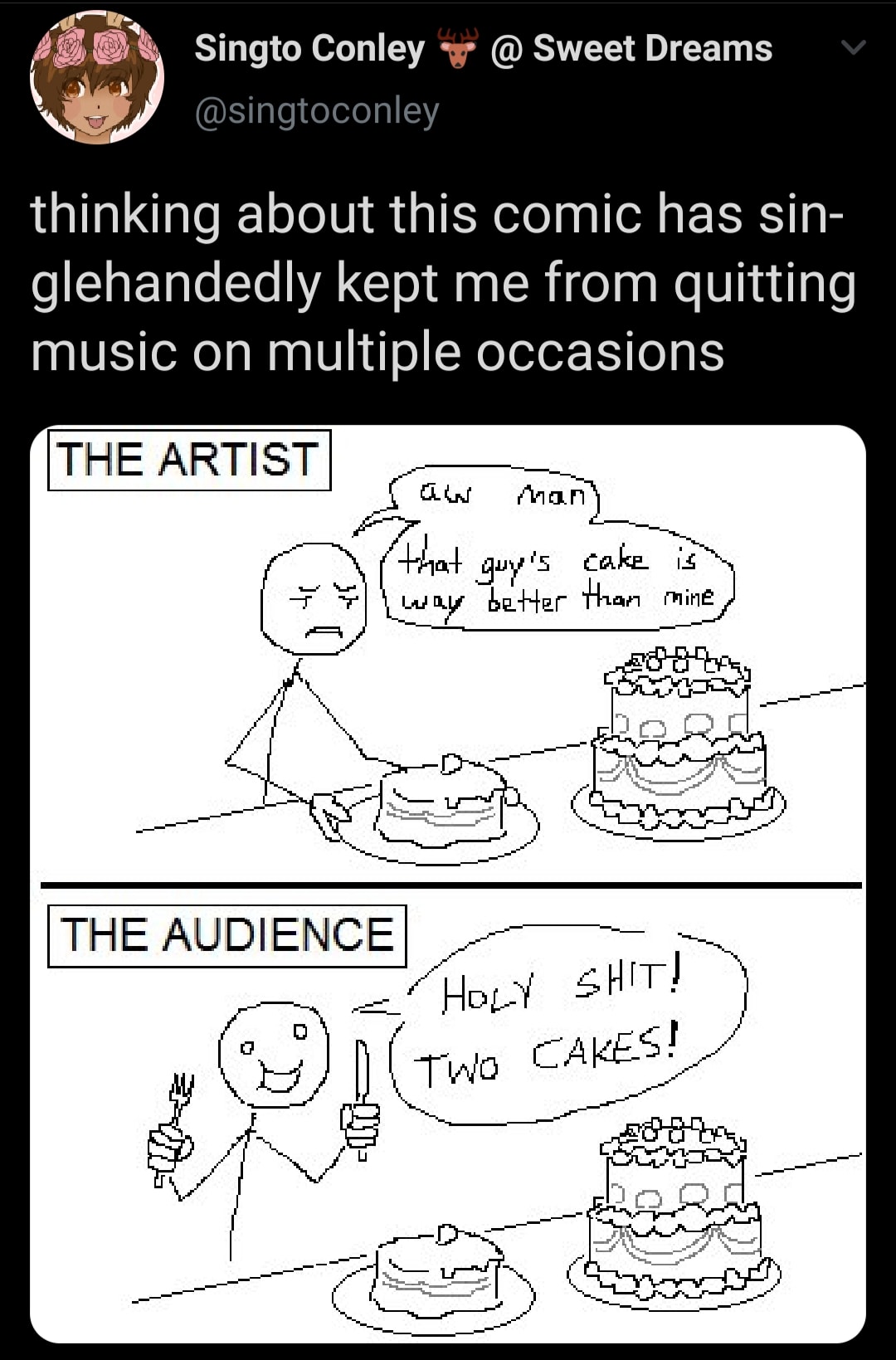 Charles Dunwoody said:
He and Colville have Youtube channels. Runesmith has over 300k subscribers plus Patreon. Colville has 371k. Both love RPGs and offer directly what thousands of gamers want. They also get to know other writers, artists, designers, and creators which both helps them offer attractive kickstarter products and gives them free word of mouth from other RPG creators.

The One Ring is a combo of Free League and Lord of the Rings. Although Free League uses Youtube as well they only have 4700+ subscribers. But they are also a well known company with a great kickstarter track record. And there is LotR combined with a 2nd edition of a popular RPG for LotR.

Ok, that makes sense. I had not heard of him before, but I haven’t watched a lot of D&D stuff on YouTube. The One Ring Kickstarter didn’t surprise me as LotR is a well known licence.

darjr said:
I think Johnathan Tweet is every bit a genius game designer as Monte Cook and I wish him and this kickstarter well. I loved this game so very much. I think it's one of the games every game designer should play or run or mod. Every DM too for that matter. I also think this kickstarter will deliver successfully. The comments below are about funding and advertising and marketing it and it as a your example alone.
Click to expand...

I agree! It was a landmark game that was unappreciated when it first released. In many ways, it helped pave the way for the indie game movement and I'm excited to help it return in a more hospitable time.


darjr said:
A. Everway IS a niche of a niche of a niche. It’s probably one of THE most boutique of RPGs out there. I think any old timers that would have gotten Everway already have. And if you see the comments it IS mostly folks who already own it.
Click to expand...

A boutique game is exactly how we describe it as well. As such, we followed a boutique production quality and business strategy (including pricing) as well. We knew that the people that would be most interested would have already played it, so we focused on adding new value to every product with really high production values. At the same time, we thought that many people have heard of Everway and showing what an impact it had on so many designers would also drive ancillary interest as well. That, and it is very pretty, and many people buy RPGs just for "curb appeal".


darjr said:
Second, before this kickstarter you could get a brand new in shrink wrap box of Everway on ebay for less than the complete pledge here.
Click to expand...

Not really. We added about 100,000 words between the two books and more than doubled the size of the Deluxe Fortune Deck. So every product essentially had a built in expansion between the 70 new vision images, expanded game setting, new maps, and refined game rules in book 1, the 100 new creatures and 3 new quests in Book 2 with a number of new rules options, and the Season Deck added to the Fortune Deck. That and we massively reorganized content for increased clarity. Jonathan describes the 1995 edition as the "0.5 Edition" and the Silver Anniversary Edition as the true 1.0 edition as a fully developed game.


darjr said:
iii. This is the organizers FIRST kickstarter. That alone can be a problem for a kickstarter to get momentum. I don't know why they didn't start with smaller kickstarters first and build up to this one. I think it was a huge mistake. Russ's example is a wonderful one, especially if you are new to kickstarter or running your first kickstarters.
Click to expand...

To have a decent chance of gaining a foothold on the market, all of these products really needed to release at the same time. Releasing it piecemeal would have crippled it, and releasing standalone small products didn't make sense without a new edition. We know that doing multiple Kickstarters would have built a much bigger mailing list and potentially increased the funding haul, but this really is a labor of love for us and it isn't really about making the most money possible. We weren't worried about the logistics aspects of running a Kickstarter because we have released multiple products under the traditional publishing model and are well aware of the primary production difficulties Kickstarters normally encounter. We also have been backers of over 300 KS projects ourselves, so we are also aware of the many ways that Kickstarters fail.

Besides, this might be our smallest Kickstarter with all the things we have planned.

Despite all of that, I recognize the external validity of your argument and understand why you believe this. If I didn't know all the things I know, I might even agree with you. It's a little bit of a special case, however.


darjr said:
Finally, "other reasons" i won't bring up here, but they hurt word of mouth and wider promotion.
Click to expand...

I would greatly appreciate hearing more about this privately if you don't mind?


darjr said:
I think Johnathan Tweet is every bit a genius game designer as Monte Cook and I wish him and this kickstarter well. I loved this game so very much. I think it's one of the games every game designer should play or run or mod. Every DM too for that matter.
Click to expand...


Thank you! We hope you love what we've done with the new edition!

It will definitely be interesting though to see how much by comparison the updated version of Adventures in Middle-Earth makes when it gets around to that Kickstarter.

@Rowan i just want to say thank you for bringing back Everway. That game has a special place in my heart and it deserves the love. Your doing good work.

darjr said:
@Rowan i just want to say thank you for bringing back Everway. That game has a special place in my heart and it deserves the love. Your doing good work.
Click to expand...

You're very welcome! We're excited to give this remarkable game a new life.