Same. I thought The Martian was good, but the last movie of his I've loved in the last 20 years was Kingdom of Heaven.

Still, the back-to-back Alien/Blade Runner/Legend trifecta is nothing to scoff at for a career high.


payn said:
No complaints from me. Scott has not been A-list (for me) for some time now.
Click to expand...


Back to Free Guy, I should mention that I noticed this in one of the scenes with Matty Cardarople: 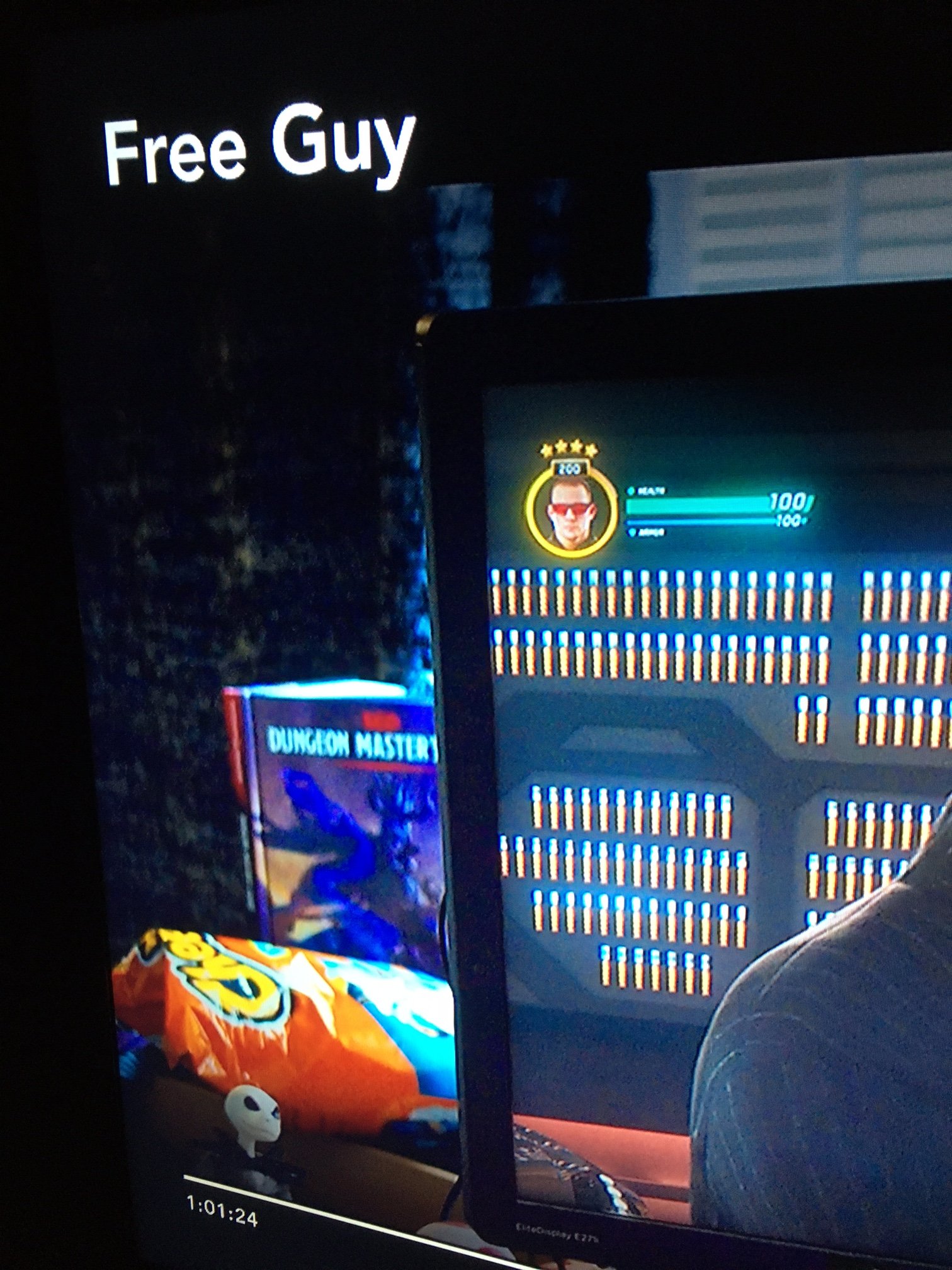 Free Guy is a great and funny movie. I have never been a huge Ryan Reynolds fan, but this one, and his voice work in Detective Pikachu, are at the top of my list of his movies.

The Kingsmen series is not a style of movie I really enjoy, so that franchise is just mediocre to me.

The king's man was... Bad. Worse then I expected by a fair degree. The story zig-zags between deadly serious and silly. I also felt that the pacing of the plot felt really odd at points. Maybe because it's meant to take place over the entirity of WW1 and I was never sure how long it was between scenes. When we come back to the main cast after Russia has it been a few weeks? 6 months? a year? Who knows. On a related note every time they tied the plot to real people in WW1 it felt off. Like making WW1 into some Dr.Evil James Bond villain plot just feel wrong to me and a fairly fundamental level. Finally the character of Shola felt possibly problematic to me. Having one of the few black actors in your series portray a butler who only has two character traits, one of which is unwavering loyalty to his British master, feels like it could be offensive.
Also how in the hell did all these famous people from around the world, Advisors to tzars and kings, manage to semi-frequently get to an isolated plateau on the Scottish highlands across a war torn Europe? At one point the german councilor got there when his country was at war with England and blockading them.

Free guy is a movie where I initially assumed it was going to be fairly bad based upon the marketing and premise but now am looking forward to seeing because enough people who's opinions I respect have called it out as decent to good.