Use Scheming NPCs to Drive Conflict in Your Setting

Shadow of the Demon Lord (SotDL) inflicts world shattering changes on the setting as a campaign advances. These changes impact the player characters whether they act on them or not. Use a similar technique to drive roleplaying and increase conflict in your RPG campaign. 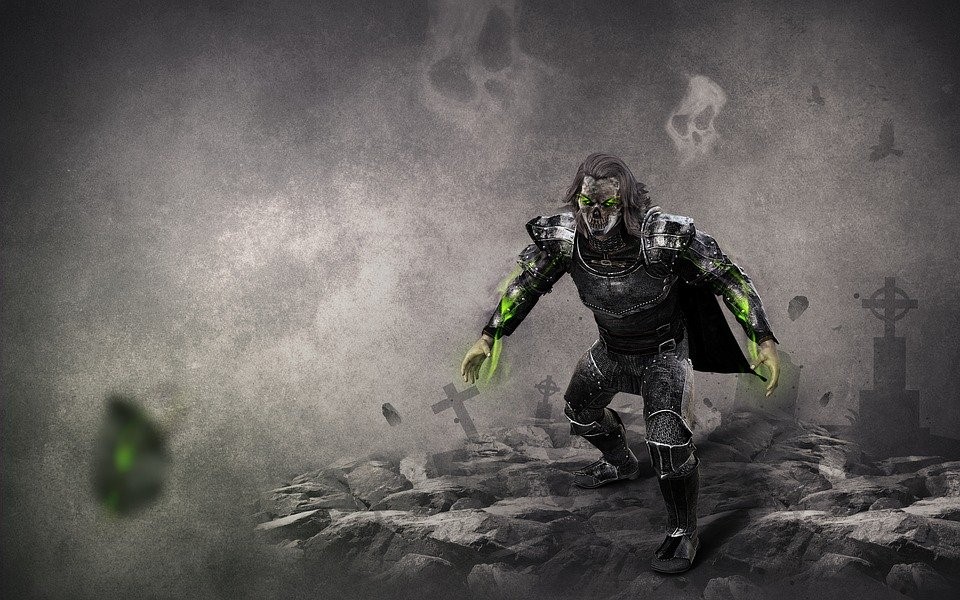 Picture courtesy of Pixabay​
You may not need world changing events in a more localized setting, but setting events in motion that have nothing to do with the PCs will give the players a sense of verisimilitude in their fictional home. More than that, these events drive conflict outside of the PCs’ control and force them to react, even if that reaction is to ignore and do nothing.

In the online SotDL game I am running, the PCs went from starting level to novice level. Hit points went up, spells were gained, and combat skills were honed. The PCs felt powerful as well they should.

At the same time, the Demon Lord manifested itself in their world through pestilence. Any starting character would hear rumors of plague in the city of Crossing. The new novice PCs, however, encountered fleeing city dwellers and heard first hand what was happening.

And were exposed to the disease. As the PCs power goes up they can take on bigger foes and bigger quests. But the power of the Demon Lord also increases, putting pressure on them and keeping them fighting to stay ahead.

The relief of gaining new power and influence juxtaposed against the growing power of the Demon Lord creates tension. Tension requires release of some sort and the PCs are the ones to decide how to reduce the strain. They might simply flee the plague as long as possible. They might help those they can. Or they might try to drive back the sickness. We have to play to find out. No background determines what happens next and no new powers from the rulebook alone solve this increasing problem. Only PCs can choose to try to overcome the disease or ignore what is happening and thereby let it continue to fester and grow.

In my campaign, the PCs have so far ignored the growing plague which doesn’t surprise me. However, the simple presence of the plague forced them to change their planned route of going to the city of Crossings. Crossings is the epicenter of the plague, so the PCs had to turn south. This led them to the village of Asylum and a new adventure. If the PCs continue to grow in power, the difficulty of dealing with the Demon Lord’s plague will also go up.

Of course, not every campaign wants to rocket toward world ending events. But on a simple level, having a few NPCs enact plans and carry out those plans if the PCs don’t stop them can greatly enhance the lived in feeling of your setting. Introduce a rival band of adventurers and have them take on a job the PCs pass up and return to the tavern to brag and spend their loot. Have the corrupt mayor continue to buy up all the properties in the neighborhood the PCs call home. Have the necromancer continue to build her undead army. Eventually, the sheer scope of what some of the NPCs are doing will interfere with what the PCs want to accomplish. Conflict, which drives most RPGs, will naturally follow.

In SotDL, the group has a goblin and an elf, both faeries and both on very different ends of the faerie spectrum. I plan to introduce the machinations of the Goblin King into the setting and see what happens. The plague sweeping across the human kingdoms may inspire him to have goblins take over empty human homes and settlements as the plague claims more victims. Eventually, this will make life more difficult for the PCs because goblins will not be able to produce the food, weapons, armor, and gear they need to adventure. What happens next will be up to the PCs. If they wait too long to act, the shadow of the Demon Lord will overtake them and they may well see the end of their world.

If you aren’t sure what your NPCs might do next consider reaching out to some of your friends not in your current campaign and asking them what they would do with the power and possessions of one of your NPCs. They might surprise you with devious ideas you hadn’t considered which you can then spring on your unsuspecting players.

Let your NPCs live lives of their own. Eventually, what the PCs want will interfere with what the NPCs want. And new adventures and exciting conflict will spring from that opposed interaction like a surprise attack from an unexpected quarter.
Click to expand...

My NPCs have agendas and don't wait to push them forward. Sometimes it interferes with the PCs plans. Sometimes PCs interfere with a NPCs plan voluntarily or without even know it. Either way non static conflict is good for the believability of a setting. It's something I learned from The Empire Strikes Back when it originally came out. The bad guys are on the offensive and the heroes are on the run.

Big changes in the world can get the players talking (in character, hopefully) about what's going on. They express their opinions which often differ among themselves. This can lead to good roleplaying in character.

It also can create dilemmas, which is something I strive to do in the games I run: create a situation where there are multiple answers, none of which is the clear cut "correct" answer; every response has things both in its favor and against it. These also create opportunities for PC's to discuss, debate, argue, and wrestle with the campaign's big picture ideas. That's a very good thing.

Supporter
I agree that powerful NPCs and/or villains shouldn't be static, that their machinations are an opportunity to complicate things for the PCs. I think, though, that there's the potential of putting the characters on a treadmill--and there are some players who won't enjoy that much. The treadmill certainly seems from the description in the article to be the distinguishing aspect of SotDL in play, though it may feel like less of a grind for most players.

i already do this an more, but may help another

Supporter
In my sandbox hexcrawl 3.5 I am running. The more they do the more reputation they gain, factions begin to take notice. Adventures they have gone through have consequences, things left undone, people they have crossed. Those things add up over time. In my grim low fantasy setting, nothing is wrapped up nice with a bow. They even left a dungeon full of goblins and an evil druid half completed, leaving an agrarian region to fend for themselves. That decision is sure to come back to haunt them.

I think of the old Dragonlance main story. Everything the group did to solve a problem, caused them more problems.

prabe said:
I agree that powerful NPCs and/or villains shouldn't be static, that their machinations are an opportunity to complicate things for the PCs. I think, though, that there's the potential of putting the characters on a treadmill--and there are some players who won't enjoy that much. The treadmill certainly seems from the description in the article to be the distinguishing aspect of SotDL in play, though it may feel like less of a grind for most players.


SotDL is the ultimate no win situation. But you can stem the tide for a short while.

Charles Dunwoody said:
SotDL is the ultimate no win situation. But you can stem the tide for a short while.
Click to expand...


That's fine, for people who want to do that. If nothing we do makes any difference to whether we win or lose, it's not a game I wanna play.

prabe said:
That's fine, for people who want to do that. If nothing we do makes any difference to whether we win or lose, it's not a game I wanna play.
Click to expand...


Plenty of games work that way. More than the other actually. So lots of options for everyone.

I don't see rising tension as a treadmill myself. More not whether we win or lose but how we play the game while we're still in it. And can we smack the other teams' players around and take their stuff while we're at it, rewrite the rulebook, and make victory or defeat capitulate to our own terms.

Payn's Ponderings' To script, or not to script?
2