West End Games, the company known for its d6 System and it's popular Star Wars RPG in the 1980s has been acquired by Nocturnal Media. The first project on the newly revived brand's docket will be a Kickstarter for Web & Starship, a new version of the 1984 three-player game by Greg Costikyan, launching on April 19th. 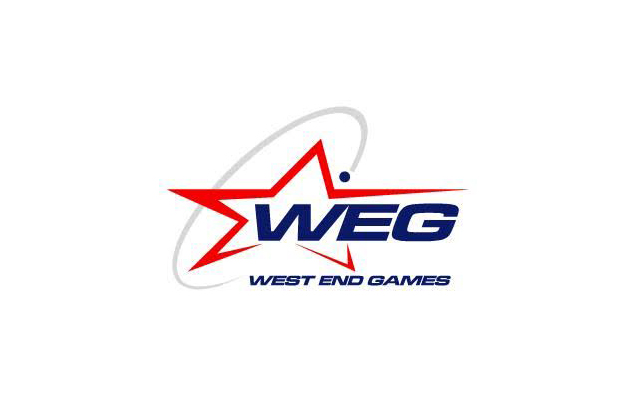 Nocturnal Media is run by Stewart Wieck (brother of Steve Wieck, who runs One Bookshelf, the company which owns DTRPG, RPGNow, DMs Guild, and so on). He founded White Wolf Publishing and co-created the World of Darkness, and ran the company for 20 years.

[h=4]Press Release[/h]
I’m pleased to announce that I have purchased West End Games (WEG). Founded in 1974, WEG initially published a number of wargames and a decade later branched into roleplaying games, including the first Star Wars RPG as well as original (very original!) works, such as Paranoia and Torg.

My nostalgic ties to earlier days of roleplaying games and companies made this opportunity impossible to ignore. I believe WEG stands in the company of other great RPG publishers of the 1980’s and 90’s like my prior company, White Wolf, as well as Chaosium. This is due to the wonderful games WEG published and especially because of the outstanding designers who created those games. In my pre-Vampire: The Masquerade days, I wrote for both Star Wars and Torg and found WEG an extremely hospitable and well-paying home to freelancers.

While the majority of the iconic West End Games properties have already found other homes, WEG still owns the D6 System as well as a handful games, mainly hex-and-counter wargames. The D6 System remains available under an open gaming license as Open D6.

Departing owner of WEG, Eric Gibson told me, “I look forward to a new era, as an eternal fan, for West End Games and related properties.”

While Eric’s efforts to revive WEG after he purchased the company in 2003 didn’t bear the fruit he surely hoped, he served the fans well by putting the D6 System into OGL and by offering the core books as free downloads on DriveThruRPG.com. The three main books D6 Adventure, D6 Fantasy and D6 Space are all as part of the convenient D6 Core Set bundle download.

Also still available as a free download on DriveThruRPG.com following my acquisition of WEG is creator-owned Septimus by Bill Coffin. This enormous Space Opera setting book is 350+ pages long and features cyberpunk, mecha and a huge Dyson Sphere “universe” to explore. The setting is supported by the Septimus QuickStart that includes the introductory adventure “Flight of the Argosy” and four pre-generated characters.

"I am thrilled to see Stewart bring the D6 family of games to new heights, and to new fans," says Bill Coffin. "I know Septimus fans will be excited by this news, and I hope this will be the start of big new things for D6 science fiction gaming."

Plans for the D6 System are still in development, but I invite fans of the system to comment and make suggestions in the Nocturnal Media forums. In the meantime, the long out-of-print core rulebooks will soon have print-on-demand (POD) versions available on DTRPG. A POD version of Septimus will follow shortly thereafter. Other books will surely follow.

To celebrate this rebirth of West End Games, the next Nocturnal Media project on Kickstarter will be a new edition of WEG-great Greg Costikyan’s Web & Starship. First published in 1984, this asymmetrical game was built from the ground up for three players. Published with Greg’s consent and involvement, the new edition will feature higher quality components than the original as well as include a number of tools to ease play, such as a chart of star distances to replace the need for the Range Finder.

The Web & Starship Kickstarter project will launch at noon CST on April 19th. Sign up for notices from Nocturnal Media at the bottom of the home page to receive more news.

Yeahhhh..if its not the D6 Star Wars game I'm not really interested.

They had other cool stuff aside from Star Wars including the foundations of a decent supers game that with another edition COULD have been a brilliant game.

Perhaps it's bought more for the brand than its properties.

After all these years, "West End Games" still hold enough name recognition to be worth more than zero. Like the Atari t-shirts...

I had no idea that West End Games had gone from being a game company to being a semi-pro soccer team. Nice logo!

Star Wars was good, but Torg was great. It was one of the first RPGs I ever played that stressed story and character over rules.

Star War was great. The game, the adventures, I even recall a space combat game that we used along side it.....

Greybird said:
Star Wars was good, but Torg was great. It was one of the first RPGs I ever played that stressed story and character over rules.
Click to expand...

Yes, Torg is a great game. It's no longer owned by West End however. A new edition, produced by Ulisses Spiel, is supposed to come out this year.

Nikosandros said:
Yes, Torg is a great game. It's no longer owned by West End however. A new edition, produced by Ulisses Spiel, is supposed to come out this year.
Click to expand...


Have them contact FFG and see what's up with a one-off licensing opportunity. Isn't Marvel re-releasing some of the Dark Horse Star Wars comics?

neuronphaser said:
Have them contact FFG and see what's up with a one-off licensing opportunity. Isn't Marvel re-releasing some of the Dark Horse Star Wars comics?
Click to expand...


I really doubt that Disney has given FFG the ability to sub-license Star Wars.

Morrus said:
I really doubt that Disney has given FFG the ability to sub-license Star Wars.
Click to expand...


Me too, but repackaging/selling older material via electronic format is something Marvel and Lucas already do, so it's not entirely out of the question.

Rottle said:
Star War was great. The game, the adventures, I even recall a space combat game that we used along side it.....
Click to expand...


That would be Star Warriors you're remembering.

As much as I loved SW d6 and WEG, I think a lot of it has to do with the fact that it was a treasure trove of lore before 'expanded universe' was even a term. It was backwards from so many RPGs in that the material for the game heavily influenced the (then) canon rather than the other way around. It named Coruscant and dozens of alien species and droids, detailed the aurebesh alphabet for the first time, created the ISB and Inquisitors (which are now completely canon) and even set straight the names of the bounty hunters 4-LOM and Zuckuss (until the RPG, their names were reversed).

But I think it did it's time and is best left as it is. FFG is doing wonderful things with the license with a whole new approach. But I will always look back fondly on my Star Wars Adventure Journals.

I actually fail to see the logic behind this. With Torg not there or Star Wars.. what exactly is their catalogue like? Shatterzone?


I'm not losing sleep over it. The D6 system, as a general idea, is great. The WEG Star Wars system, however, hasn't aged well in the slightest. I still have nearly every book (other than the magazines) and actually started running a game every other week a few months ago for it, and boy has that been an exercise in 'rose-colored-glasses' frustration.

Anyway, I'd really love to a new revision of the core D6 books because the current adventure/space/fantasy trio never really impressed me as a product. It looked like one guy was commissioned to update the system a bit, and that was it. I think the OpenD6 spinoff was probably a good idea at the time, but I'm way more excited at the prospect of a good official rules update and product pipeline. Maybe get something like the license to Mass Effect, which would no doubt sell.

You are right it was star warriors. I looked through some of my old d6 books found something neat, Timothy Zahn was at a book signing or some such and signed one of my d6 books. Pretty neat really.

I really loved the system for its simplicity it simply did not get in the way of the story and trusting in the force created some really memorable combats.

Tyranthraxus said:
I actually fail to see the logic behind this. With Torg not there or Star Wars.. what exactly is their catalogue like? Shatterzone?
Click to expand...

All they have is D6 and the D6 add-ons (text is open content), plus Fires of Fires Of Amatsumara and Septimus. Then there's apparently a few war/board games.

I bought up Shatterzone, Bloodshadows, and MasterBook a while ago now, around the same TORG was sold.

neuronphaser said:
Me too, but repackaging/selling older material via electronic format is something Marvel and Lucas already do, so it's not entirely out of the question.
Click to expand...

Podcast #151: The History and Business of DriveThruRPG with Steve Wieck