Vikingverse creator Ian Stuart Sharpe, Outland Entertainment, Robert Schwalb’s Shadow of the Demon Lord, and former EN World editor Christopher Helton are coming together for a new tabletop roleplaying game on Kickstarter, When the Wolf Comes RPG. With a pedigree like that, I had to check out this tabletop RPG adaptation of Vikingverse. Fortunately, Ian agreed to answer my questions. 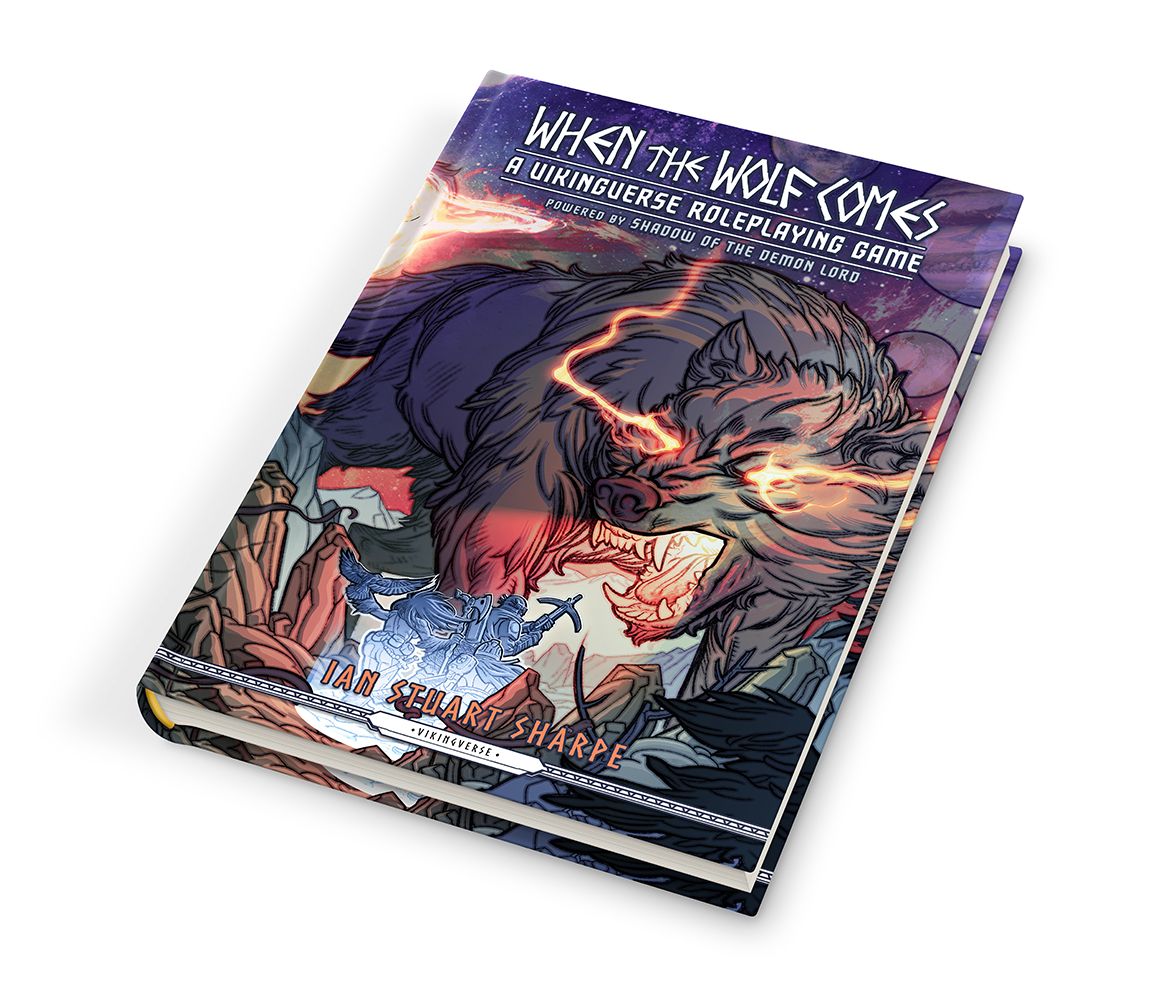 EGG EMBRY (EGG): Thanks for taking the time to talk with me. Because setting the stage for this game is important, what fiction and comics have you created?
IAN STUART SHARPE (IAN): Thanks for asking the questions! So, a little about the Vikingverse novels and comics. My setting is a parallel timeline where the Norse rule seas and stars with restless fleets and Christianity has been put to the Viking sword. It involves a retelling of our own past with a twist – What if Odin escaped his fate, and history was thrown to the wolves? What if the Vikings never lost a single battle? There are two novels published to date, the All Father Paradox and Loki’s Wager. They tell the saga of this new Norse world, using the Viking Age as a point of divergence. This is a timeline where the Great Heathen Army swept over the whole of the British Isles, crushing Ælfred of Wessex before he ever earned the epithet Great. It is a history where the mighty Byzantine city of Constantinople – Miklagard – fell not to the Turks but to the Norse. Now, we also successfully Kickstarted four Jötunn War comics, now combined in a collected edition. The comics offered me a new way of telling part of the overall story – the Jötunn War being an epoch defining struggle akin to our own World War II. And then there is Old Norse for Modern Times, which is a handy phrasebook for the would-be Viking gamer. It’s important to know phrases like “Roll a d20!” (“Kasta þú tveggja tigu teningi!”)

EGG: That’s a lot of content to start out. You’re taking the concepts and fiction of the Vikingverse to tabletop RPG and Kickstarter, correct? What’s the pitch?
IAN: My favorite review of the Vikingverse called it the “lovechild of American Gods and Doctor Who!” You might be familiar with the Völuspá (or the Prophecy of the Seeress)? Let me give you a little Vikingverse backstory. Ragnarök was long foretold by the Wise, a warning echoed over the centuries in ancient verse and the whispers of the dead, replicated in machine code and coiled into jötnar DNA. The Norns, the terrible entities who create and control fate, who shape destiny and allot lives, had woven their decree into the web of reality. The chief of the gods would be swallowed whole by the ravening wolf Fenrir, his son Thórr slain by the serpent Jörmungandr, the worlds of menn consumed by the fires of Surtr. It is said that Óðinn recognized that his days were numbered and searched far and wide for ways to forestall the reckoning. In his desperation, he packed his great hall of Valhöll for the final battle, certain in the knowledge that his Einherjar would “seem too few when the wolf comes”. Under siege by fate, the War Father played for time: he changed the course of history. Through guile and deceit, he made sure the Norse resisted the encroachment of Christianity, allowing mankind to follow a pagan path across the centuries. But the Norns do not like inconsistencies, and the past has a way of catching up with us. In the novels – and in the game – Óðinn has not changed how he met his end, simply when. Sooner or later, all those rust-red birds at the bars of Hel come home to roost. It is the twentieth century when the naughty word really hits the fan… 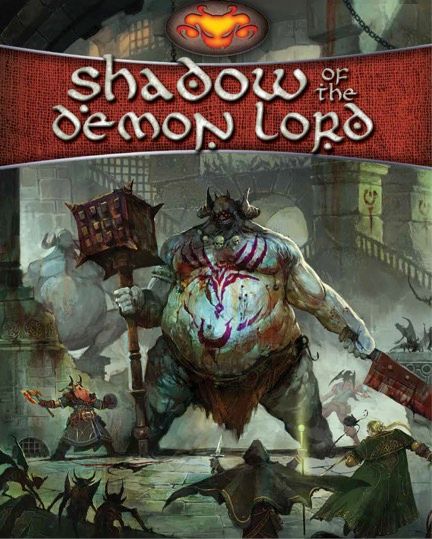 EGG: You’re using the Shadow of the Demon Lord (SotDL) system. Why that system?
IAN: I played a lot of D&D as a kid and have introduced my kids to it over the pandemic. Our family and friends have had some amazing escapades, but it feels like a fairy tale rather than a Norse saga. One of my fondest gaming memories is Something Rotten in Kislev, an adventure for Warhammer Fantasy Roleplay. Not only the gritty, doom-laden setting but the authenticity of the Old World. I think the Vikingverse was influenced by that quasi-reality, so much so I have threaded in real world analogues throughout, such as Skald Vilhjalmr Shakageirr & Scientist Aðalbriktr Einnsteinen. Now, if you read Rob’s prologue to Shadow of the Demon Lord, he says something very similar. “About a billion years ago, I got my hands on a copy of Warhammer Fantasy Roleplay. D&D had been my game…the Old World of Warhammer proved a far darker and scarier place than anything D&D had to offer, and thus it had me entranced.” All throughout Shadow, it was clear that Rob had devised a system and setting completely on my wavelength. Adapting it for the Vikingverse seemed fated.

EGG: How did this come together? How did you, Outland, and Robert get into this project?
IAN: It was all down the dwarves. Dwarves, like elves, are commonplace in fantasy – even in Shadow, they are squat and tough, boasting big beards and bigger axes. Which makes it more startling that, in the early Norse sources, there is no mention of their being short! The literal smallness of the dwarves was a product of Christianization, earlier texts like the Völuspá mention only that they were the product of the primordial blood of Brimir and the bones of Bláinn; the Prose Edda describes them as maggots that festered in the flesh of Ymir before being gifted with reason by the gods. So, I put my foot down. In When the Wolf Comes, dvergar comes in all shapes and sizes. Everyone agreed, Darren made the intros, and a contract was signed!

EGG: That’s a good tale! Beyond When the Wolf Comes RPG, what else are you working on?
IAN: Adventures and campaigns! One of the fascinating things about story telling is how universal it is. People with no interest in roleplaying still get immersed in a good book or sucked into a TV series. It occurred to me when I got back into DMing, that each gaming session was simply an episode in a long tradition stretching back over radio serials to fireside sagas. Being involved in collaborative story telling is a real privilege. Of course, then there is the third novel. I got so enthralled in the RPG, it took over the writing schedule!

EGG: Thanks for talking with me. Where can fans find more about you and your work?
IAN: Take a look at Vikingverse or find my on social media @vikingverse.