Fantasy is now much more mainstream, so it's easy to forget how influential the debut of the Harry Potter franchise was on the genre. And yet despite the blockbuster success of the franchise we never got an official Harry Potter tabletop role-playing game -- for Dungeons & Dragons or any other system. 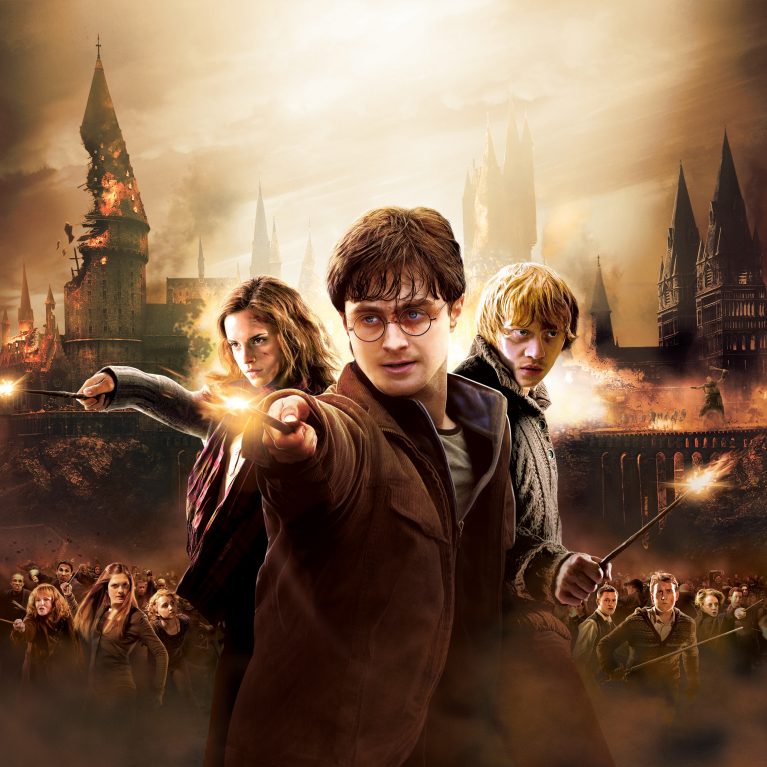 [h=3]Yes, Harry Potter Was a Big Deal[/h]Author J.K. Rowling's tale of a young boy who would fulfill his destiny at a school for wizards sent shockwaves through the book publishing industry when it debuted. Kids started reading again, and adults read along with them. The numbers give a sense of scale to the enormous impact the Harry Potter series had on publishing, movies, and fantasy worlds in general.

To date, the book series has sold over 160 million copies, grossing $7.7 billion. The movies actually performed worse than the books, grossing $7.2 billion so far. It made Rowling a billionaire and the actor who played Potter, Daniel Radcliffe, a millionaire. In addition to the books and movies, the franchise generated $7.3 billion in games and toys. All told, the franchise is estimated to be valued at roughly $25 billion.

D&D and Harry Potter have quite a bit in common. They both systemize magical systems, categorize fantastical creatures, and gradually advance the characters' power throughout the series. And yet there was never a Harry Potter role-playing game. Why not?
[h=3]Harry Sneaks In[/h]There's are certainly benefits to being affiliated with the Harry Potter franchise. Universal Studios' Orlando theme park's attendance surged 30% when the Wizarding World of Harry Potter opened in 2010. A Harry Potter-branded tabletop RPG would like experience a similar sales bump from the name affiliation alone.

There were tabletop gaming attempts to ride the Potter fandom. Redhurst: Academy of Magic, written by Matt Forbeck, applied D20 rules to a Harry Potter-esque school setting, complete with a traitorous spy scribbling in the margins:

REDHURST ACADEMY OF MAGIC is a world of a traveling wizards' school. You are one of its students set to learn about the wonderful world of magic and explore the world under the tutelage of some of the finest arcane minds in the Known Realms. Redhurst is a magical wondrous place where the surreal and mundane share the same table, and the fantastic is in every step of the grounds, every brick of the walls, and every classroom.
Click to expand...

There is a widely-spread rumor that J.K. Rowling was not interested in a role-playing game, which is sourced to Ryan Dancey, then VP at Wizards of the Coast:

I’m starting to see a lot of Harry Potter-related merchandise — a lot of it decidedly tacky — but one thing we’ll apparently never see is a Harry Potter role playing game. According to Wizards of the Coast’s Ryan Dancey, series author J.K. Rowling “has flatly stated that she’ll never approve a role playing game in any format.” That’s okay. People will just go on making their own Potter RPGs online.
Click to expand...

Wizards of the Coast was undeterred and launched their own line of hardcover books inspired by Rowling's stories, including A Practical Guide to Wizardry:

How do you make a magic wand? Why does a wizard wear robes? What goes into a potion of invisibility? Arch Mage Lowadar invites you to join his school for talented young wizards and explore the magical world of wizardry. In this fully illustrated guide, readers will learn all about what it takes to become a great wizard--from the gear and magic items you need to the secrets of writing your own spells in the language of magic.
Click to expand...

The book is a fascinating take on what might have been. It tweaks some elements of D&D (magic items are required to navigate the school and quite common, wands are a core implement for every wizard) and details other elements of spellcasting that have never been officially codified, including detailed descriptions of how verbal (actual phrases along with a pronunciation guide), somatic (drawings of wand gestures), and material components work.

David F. Chapman recently pitched a Harry Potter RPG to Warner Bros. It didn't get as far as he hoped:

I originally wrote most of the above posts a couple of years ago, shortly after we'd started talking to Warner Bros. about the possibility of doing a game, and only getting so far (it wasn't something they were considering at the time). Since then, the thoughts of a Harry Potter RPG have always been lingering in my mind. However, recently (and hence the new post) there was the announcement on Pottermore that Warner Bros. Interactive had launched a new gaming division called Portkey Games. A new division whose only purpose is to develop mobile and console games in the Wizarding World.
Click to expand...

The promise of a RPG-like world will be realized this year.
[h=3]A Mobile "RPG"[/h]Potter fans will finally get a role-playing game in the form of Harry Potter: Hogwarts Mystery, a mobile RPG developed by Jam City in partnership with Warner Bros. Interactive Entertainment's Portkey Games:

In “Hogwarts Mystery,” players progress through their years at Hogwarts, participating in the magical classes and activities Potterheads have come to love, including Defence Against the Dark Arts, Potions, and Duelling Club. The game is actually set in the 1980s — before Harry Potter, Hermione Granger and friends have matriculated at the wizarding academy — although according to WB and Jam City, Albus Dumbledore and most of the iconic Hogwarts professors will appear in the game.
Click to expand...

Given the enormous amount of enthusiasm and homebrewed role-playing games available on the Internet, it seems Rowling is finally coming around to the idea of approving a role-playing game in SOME formats. But even if there never is an official RPG, the franchise's influence is felt in the spread of Potter fandom, who are surely part of the renewed interested in D&D.
Last edited: Jan 29, 2020
Click to expand...

billd91 said:
Extraordinary claims require extraordinary evidence, otherwise you’re just another internet crank with no credibility. And yes, you essential are putting words in their mouths if you’re attributing something to them.
Click to expand...


“I’m pretty sure X spoke on topic Y at some point” literally doesn’t attribute any statement to anyone. It suggests that person X may have spoken on a topic. That’s it. Stop blowing it entirely out of proportion just to be pedantic and make silly accusations.

Further, “the hobby is in a different place than it was 20 years ago isn’t an extraordinary claim”, nor is, “I think that guy said something about this topic at some point”.

Jul 20, 2022
archgnome
A
J
D&D General Advise for A Mates Harry Potter/Dnd Hybrid RPG in which Albus and Scorpius persuaded Delphini not to change history so that Voldemort wins
2 3

A Review of Swords of the Serpentine
2