Ric Baker's World of Farland, a land conquered by evil, which has been around for as long as EN World has been around, is celebrating its 20th anniversary. Ric is holding a contest with hardcover and cash prizes! 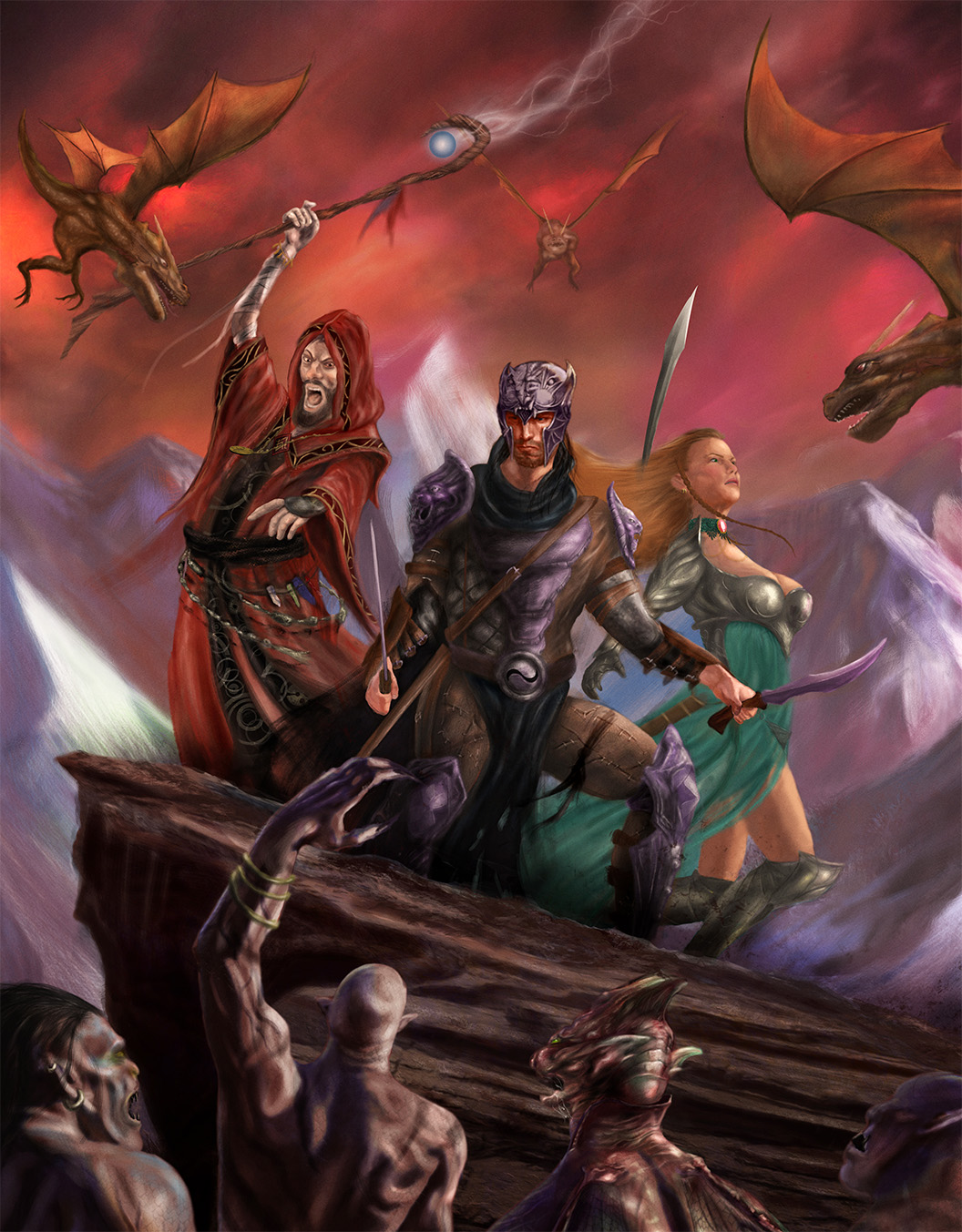 Here are the details, from creator Ric Baker:

The World of Farland is celebrating its 20th anniversary on the web with a trivia contest and cash prizes!

It was the year 2000 and my father had just died from a sudden heart attack at the age of 51. Partly in order to take my mind off my loss, I decided to make a website for my homebrewed D&D campaign, the World of Farland. I couldn’t anticipate the journey I was about to undertake.

Over the subsequent two decades, I created content and updated the website (The World of Farland) every single month. This proved to be an enormous undertaking, as you might expect, but luckily Farland inspired interest from people all across the net. Before too long, talented volunteers were contributing content to the campaign setting, including art, maps, crunchy game content, stories, and details about the world. More than 60 people officially contributed content to the site, and countless more played in the setting. While the World of Farland started out as my own campaign, it hasn’t ended up that way. It now belongs to everyone who has contributed to it, played in it, or just enjoyed learning about it.

The World of Farland didn’t blow up the RPG world in terms of its popularity, but it has, in my opinion, been a quiet success. It’s spanned Third Edition (and its transformation to 3.5), Fourth Edition, and now Fifth Edition, faithfully adding content monthly based on each of the three iterations of Dungeons & Dragons. During the 20 years of its existence, the setting won a Gold Wyrm, a Gold Pawn, and an ENnie Award. Eventually, fans asked for compilations of the setting, so we released digital and hard copies of our material on DriveThruRPG. They all became bestsellers, and the World of Farland Campaign Setting is close to achieving gold bestseller status.

But its really the personal connections I’ve made because of the World of Farland that have meant the most. Lots of people who contributed to the setting or played in World of Farland games have now become lifelong friends, and we speak on a regular basis. And then there are the notes like this:

Howdy!
Last year Houston had a week of floods, my partner and I were trying to decide what to do with soggy, bored kids… My oldest daughter, 13, decided she wanted to run a campaign, eagerness did not replace daunting fears however. We found Farland and that made it possible. She didn't have to drink from a hose, creating any and everything from scratch. Instead she, and we, could take in bits and pieces as we went. Thank you and the plethora of contributors for aiding in an activity that literally brings our family together to laugh, talk, and have fun. One of our fun weekend activities was taking the family to Nan's, our best local game shop, for everyone to pick out their own dice and mini-figures. I don't know if ya'll get a lot of praise, likely far less than you deserve, but we're huge fans.
Again, thank you,
[Name Withheld]

That makes it all worthwhile! So, with humility, I’d like to thank everyone who has been a part, big or small, of the story of the World of Farland!
--Ric Baker

In honor of our 20th anniversary, the World of Farland is holding a trivia contest! Starting tomorrow, on Twitter I will post a question about the campaign setting (don’t worry, the questions won’t be too hard and we have a search function on our website!). I will post one question a day for three days. DM or email me an answer each day, and if you get all three correct, you will be entered into our drawing to win the following prizes:

Three Runners Up: Complete digital catalog of the World of Farland books on DriveThruRPG

To enter the contest, just check out the World of Farland on Twitter (https://twitter.com/farland_world) and DM us the answer to the day’s trivia contest. See you there, and thanks again! 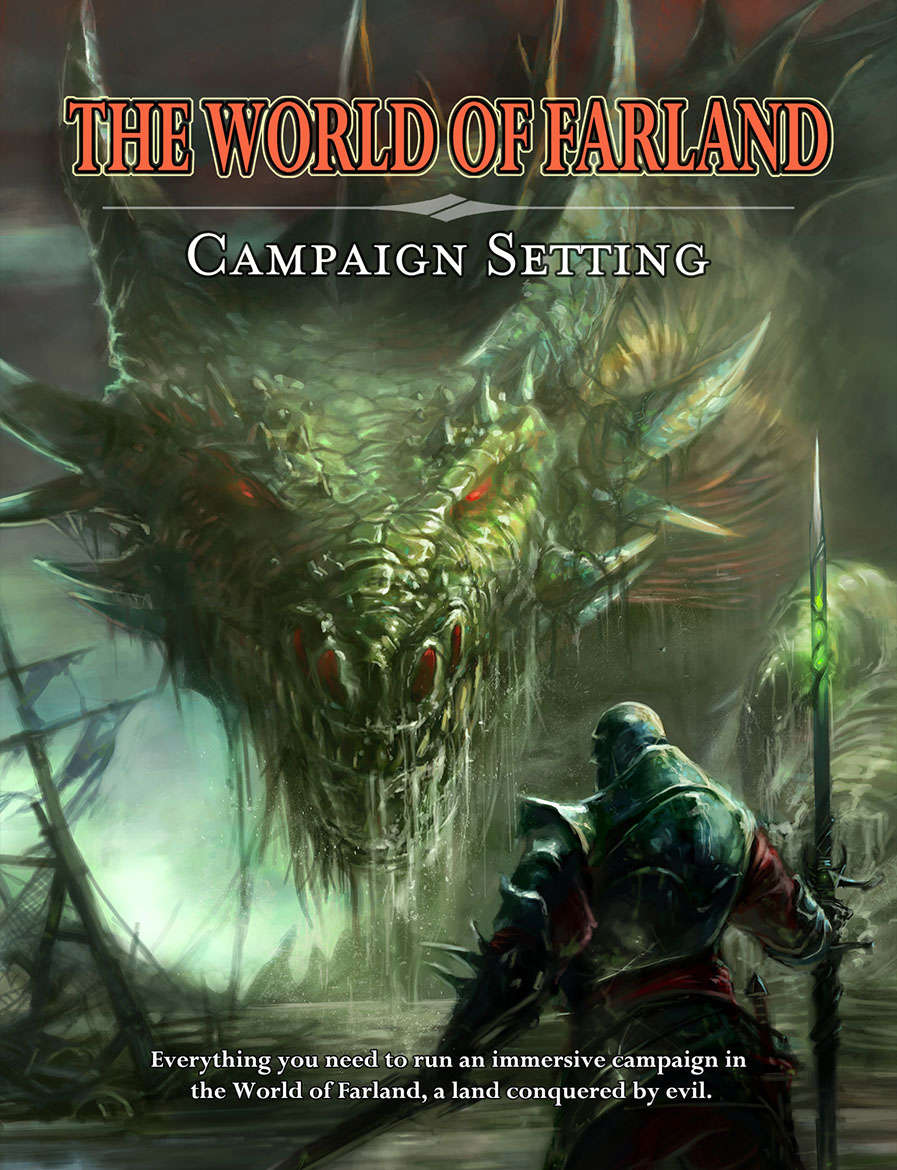 This sounds like a wonderful way to promote his stuff. Very generous, too.

TarionzCousin said:
This sounds like a wonderful way to promote his stuff. Very generous, too.
Click to expand...

Great promotion too, because I must confess, I never heard of this Campaign Setting before, maybe, have been focused too much on Wizards of the Coast Campaign Settings instead of Third Parties.

I never heard of this Campaign Setting before

wamoj said:
I never heard of this Campaign Setting before
Click to expand...

Well now you have. Guess it's working!

I think he had a 3e d20 version of this setting that had some popularity.