I mentioned back in December how much I liked the Giant Book of Fantasy Battle Maps I bought at Dragonmeet - big dry-erase maps in an enormous book designed to lay out flat. On Friday, guess what dropped though my door? The Giant Book of Sci-fi Battle Maps! 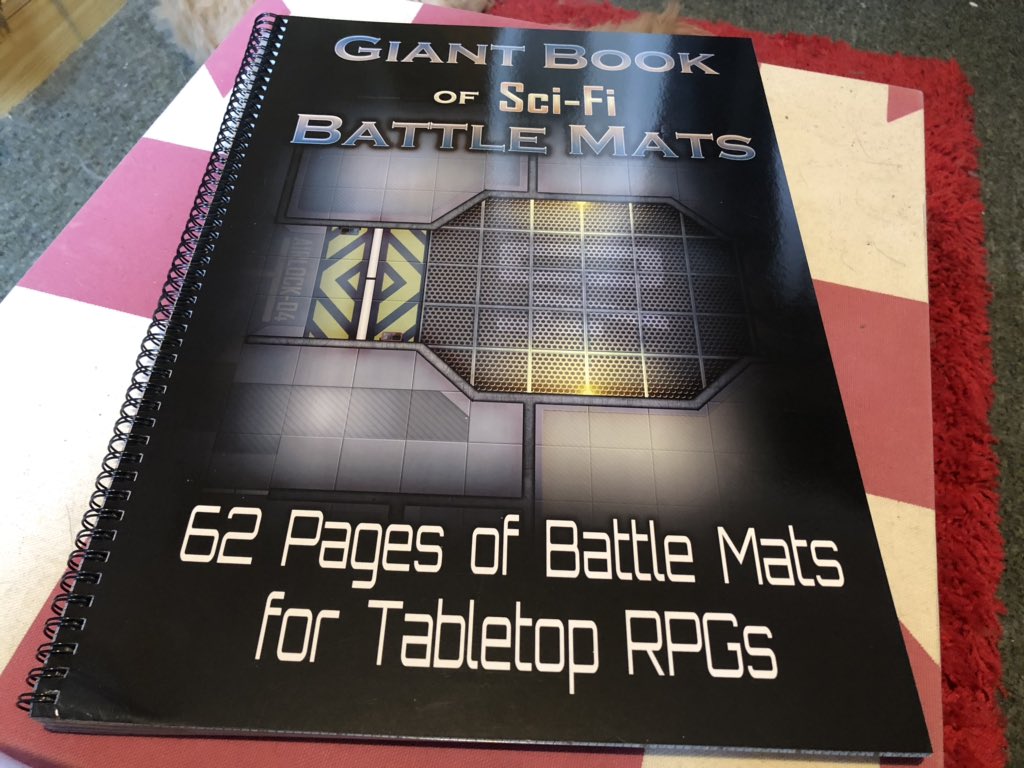 This was kindly sent to me by the folks at Loke Battlemaps. I always find sci-fi and modern maps harder to come by than fantasy maps (which I guess makes sense, since the two biggest RPGs in the world are D&D and Pathfinder, though the Starfinder flip-mats are an auto-buy from me), so I'm always on the lookout for them. I've been saying how much I was looking forward to this book to anybody who will listen.

Like the fantasy version, it's a large book of dry-erase 1-inch 16"x11"gridded maps, and also like the fantasy version, facing pages often make up larger 32"x22" encounter areas. These ones feature both hexed space areas (asteroid filed, planet, edge of a space station, etc.) and square-gridded ground areas. There's also a smaller version, A4-sized (the giant version is A3 sized). 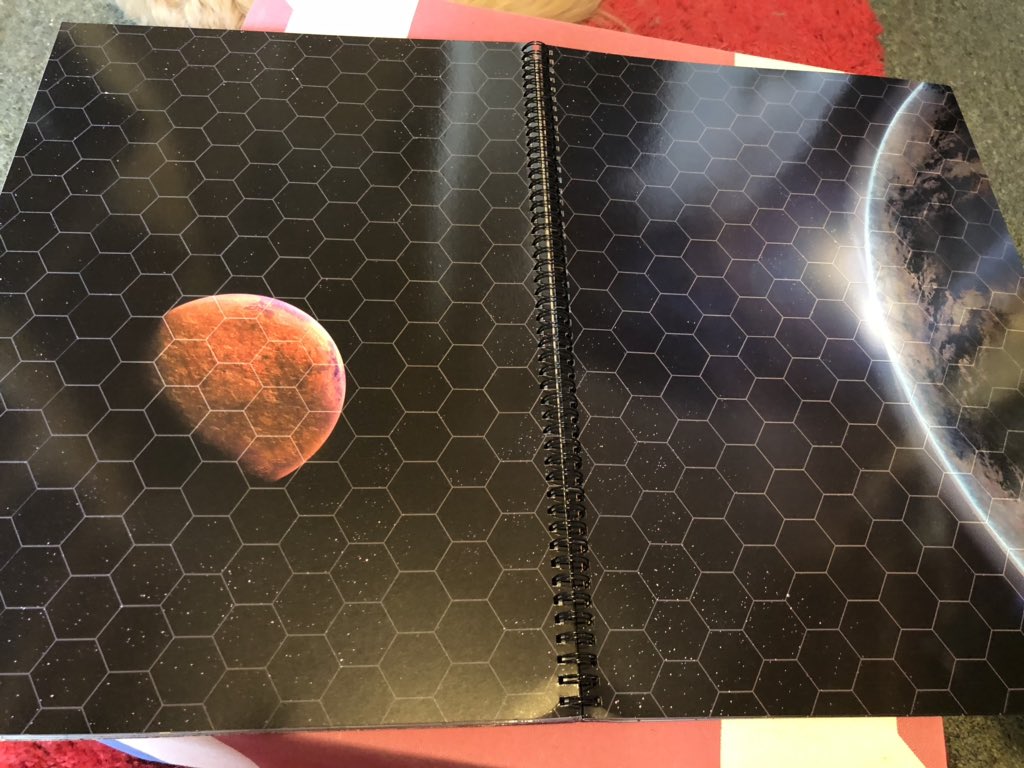 I've used the fantasy version during our Pathfinder 2E playtests. These sci-fi maps will find use in my own WOIN games, and likely my Judge Dredd games. Now all I need is a Big Book of Modern Maps full of streets and malls and shops and stuff! I don't know if anything like that is in the works, but if it is I'll be snapping it up! 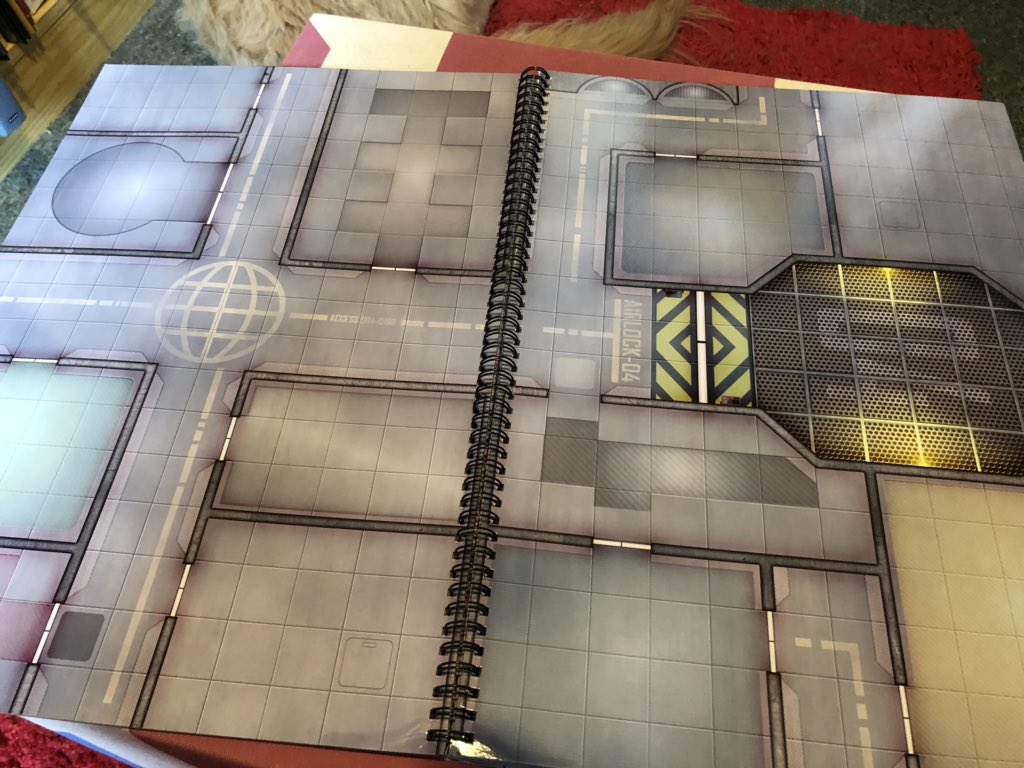 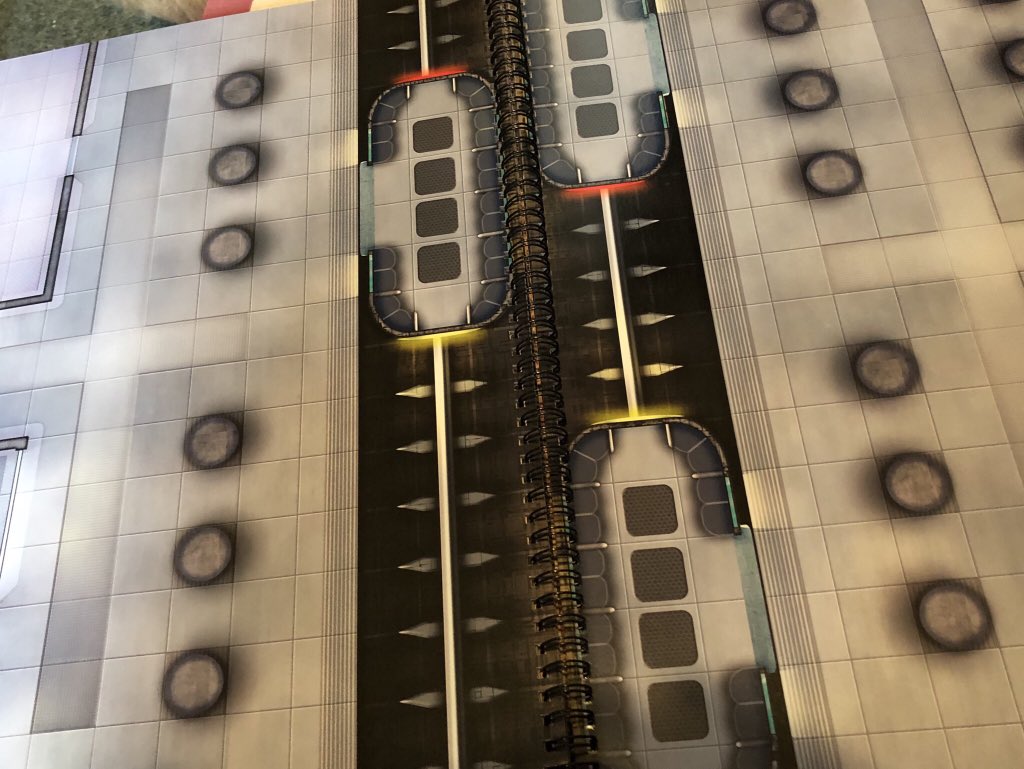 I need a Shadowrun version of this. So so badly.

Those maps seem pretty tight to me. How do they work in play?

Late backed the Fantasy book, it's great. Plan on using it Sunday.

Excellent product, I bring it to all my games now. The design is a million times more user friendly than the heavy WoTC board tiles, and a lot better value than individual Paizo flipmats, though those are still indispensable for really big encounter areas, or for drawing out a whole dungeon.

This is fantastic. I've been looking for months for good quality scifi maps for our current D20 Future campaign, and this seems to provide exactly the sort of environments that we need maps for (and the artwork looks good, in contrast to the majority of scifi maps I've found so far).

I think I'll be ordering this. Now I just need to find some miniature scifi furniture to go along with it.

I am all agog to get my hands on this product. I have the Big Book of Battle Mats and I love it!

Stacie GmrGrl said:
I need a Shadowrun version of this. So so badly.
Click to expand...


This! One of these books with some Shadowrun locations would be amazing.