*New race options, including the magical Glimmer elf, the reclusive Sunder elf, the half-drow, and evil races like the Wyrmsblood kobold
*Exciting new class options, like the spell casting Rage Channeler barbarian, the Witch Slayer fighter, and the Ghost Pact warlock
*New backgrounds, like the Rebel, the Refugee, and the Former Servant of Evil
*New equipment, such as the bastard sword, and original customization options, like the new Avenger feat
*New spells, such as carpet of flame and garrote
*An original herbalism system, including herbs and concoctions
*Much more! 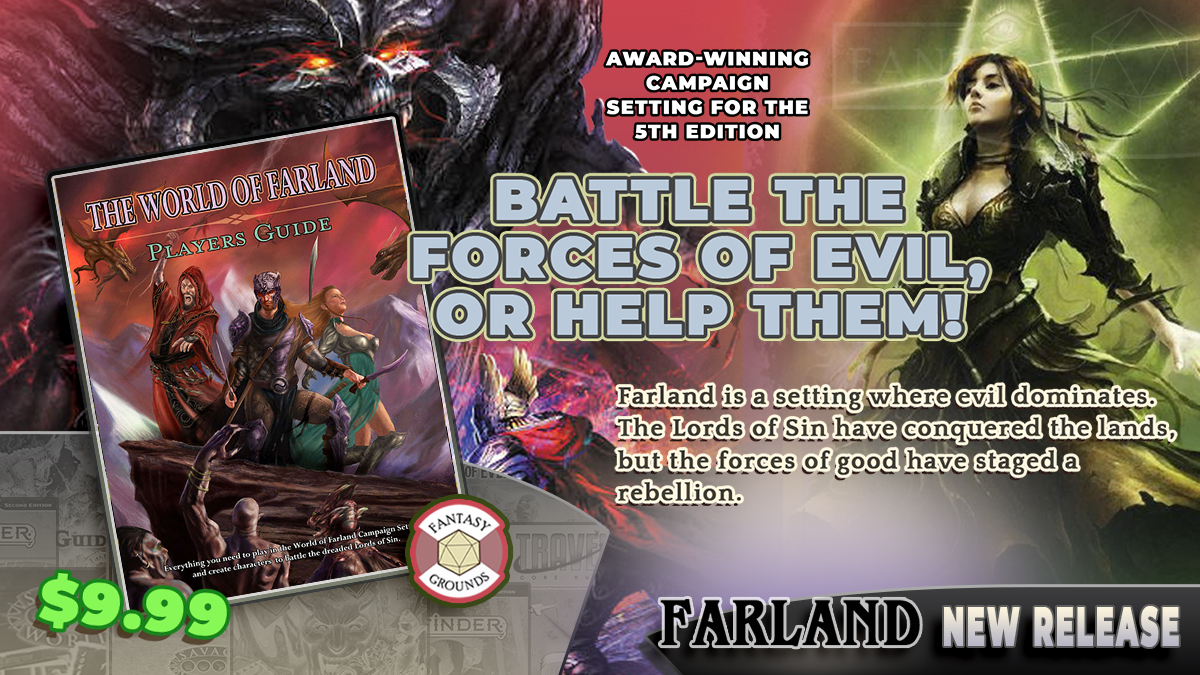 Release The Gates of the Shadowmage- Eldritch Press (FG VTT)