Worlds of Design: 5 More Military Strategy Tips for Your PCs

This is a continuation of a discussion from last time. Remember, strategy is what you do long before a battle takes place, and tactics is what you do in and during a battle. But I'm not going to differentiate between those two as we talk about the various gameplay tips because it's not necessary in this context. 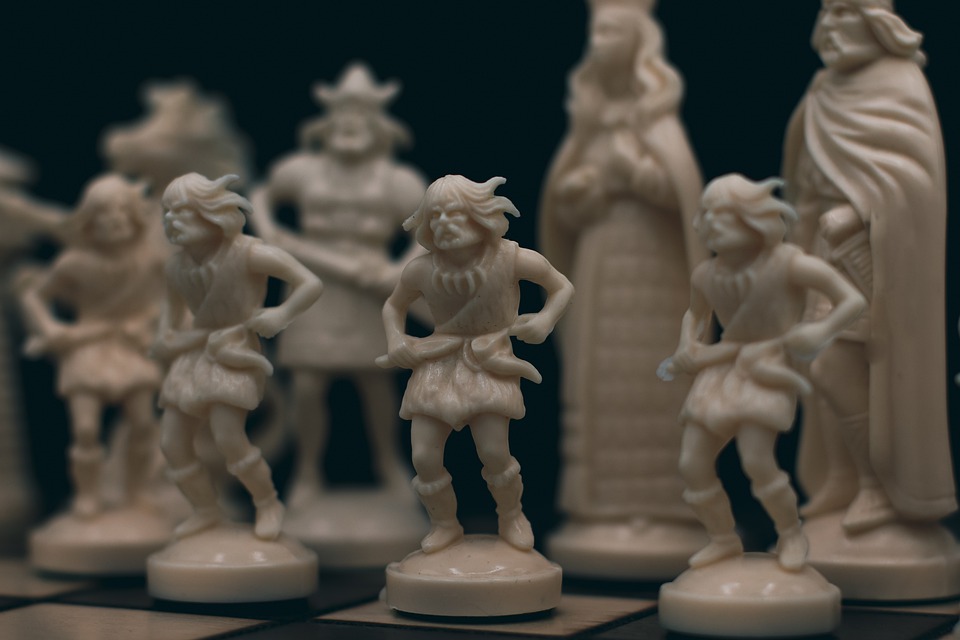 He Who Lives by The Dice, Dies By The Dice​

We can substitute “randomness” for “dice,” since there are different ways to generate randomness. You need to control use of the dice, not let use of the dice control you. Relying on randomness is a big mistake that a great many players make. It’s impossible to always avoid resorting to randomness in real warfare, and is impossible in most games, but you can recognize that the more often you roll the dice, the more often you'll fail, regardless of the odds. Try not to rely on the dice to “save your bacon.”

When units of different capabilities combine their efforts, they are stronger than the sum of their parts. That's combined arms. For example, tanks are better when accompanied by infantry, infantry are better when accompanied by tanks. They’re better than the sum of their parts. Artillery needs to be protected by other types of units. Airpower combines with land units, seapower combines with airpower, and so forth. Even in something as old-time as a fantasy role-playing game, the magic users may be doing the most damage, but they have to be protected by characters good at melee fighting. Characters who are good at sneaking and gathering intelligence aren’t good at straight up fighting. They work better in combination with others.

I am paraphrasing Barbossa from Pirates of the Caribbean. (Captain Jack Sparrow had only one shot.) This is another way of talking about force conservation. This is about your big effort. Your big attack. Make sure you’re attacking a vital place or enemy formation or you’ll waste your shot.


Overwhelm When You Attack​

This especially applies to situations where there are more than two sides, as in the political side of fantasy role-playing. And to games (like Diplomacy) with shifting alliances. You need to take your opponent out of the game (for practical purposes) when you attack. Don’t attack just because you can pick up a substantial gain, yet you leave the enemy able to counterattack - because there’s a good chance that he or she will.


When It Gets to My Turn, I Want to Make An Impact​

That’s perhaps a common attitude of some players, but isn’t going to serve well if you play games that involve real danger to characters. Desire to always do something to make an impact can lead to activity that is detrimental to success. (Assuming you want to succeed, some don’t care as long as they get adrenaline surges.) “Patience, grasshopper” is an important phrase when playing games well.

To continue with that, you’re not there for the rush - if you want to win. Some players routinely make risky choices in a game because they want the rush of adrenaline. This is related to the gambling instinct that is much stronger in some people than others, and we know that most gamblers lose money, that many lose a lot of money in the long run, but they keep gambling anyway.

Finally we come back to patience, especially in higher game scales. As you go from individual to tactical, to strategic, to grand strategic you have less need to immediately react to every opposing move. A large proportion of good play depends on good timing. You can control your timing. If you can’t be patient, that means you are losing control.

Now again, that’s not the way some people want to play, but if so, they’re probably not going to be good at military strategy. We’ll quote Sun Tzu: “victorious warriors win first and then go to war, while defeated warriors go to war first and then seek to win.” I think this refers to the fact that war is long-term and often economic, often something where you prepare ahead and cannot make victory certain, but make it a lot easier to win because you’ve done the better preparation.

Your turn: What strategy (or even tactical) hints/tips would you offer?
Last edited by a moderator: Mar 11, 2022
Click to expand...

I'll summarize for the TLDR crowd.


lewpuls said:
He Who Lives by The Dice, Dies By The Dice
Click to expand...

lewpuls said:
Overwhelm When You Attack
Click to expand...

lewpuls said:
When It Gets to My Turn, I Want to Make An Impact
Click to expand...

Do something, preferably something cool.

lewpuls said:
Your turn: What strategy (or even tactical) hints/tips would you offer?
Click to expand...

A little strategy never hurt anybody, but it doesn't always help, either. Take D&D: the strategy is already built into the game, so PC's don't need to use much. The game provides the DM with some Challenge Rating math used to build encounters, which basically means the Damage Dealers don't overwhelm the Hit Point Bags. Then, if the DM didn't use the math properly, the PCs get three death saving throws and full hit points restored on a long rest so they can try again.

Lewpuls's tips probably go a lot farther in grittier games (cough-Zweihaender-cough), and are likely worth their weight (screen space) in gold in a wargame.

My strategy tips? One. Or two. Never get involved in a land war in Asia. Also, know your enemy.

Your turn: What strategy (or even tactical) hints/tips would you offer?
Click to expand...

Focus fire. As much as possible, concentrate your group's efforts on one enemy. It may be the big bad guy in the back lobbing spells, but it is more likely one of the lesser monsters in melee.

I was born to rage against 'em.

My tip would be: Diplomacy matters even when there are only two sides. Almost always, a side is made up of factions. In an extreme case you can knock out or even switch sides a less motivated faction. Consider the 'moral level' of war, seen as the highest level. A 'kill them all' approach by your side will often unite opposing factions against you. You (almost) always want to look like the good guys, both to motivate your own followers, and to demoralise or split off enemies.

At a small scale, winning the moral battle can mean stuff like treating enemies with respect, taking prisoners, sparing the defeated. Of course sometimes terror/intimidation works best, too. You need to know your enemy. IMC a dwarf PC was fighting a campaign vs NPC experienced human mercenaries. He had just killed their half orc leader and was wanting to decapitate their leader and wave the head around to demoralise them. I gave an Insight check for him to realise that treating them with the kind of tactics he used vs Orcs would just anger the mercenaries. Treating their fallen leader and them with respect, letting them recover the body and withdraw, would save a lot of fighting.
Last edited: Mar 12, 2022

Worlds of Design: Military Strategy Tips for Your PCs

Worlds of Design: To Design or Publish?