Worlds of Design: The Art of Improvisation in RPGs

I recently saw a musical analogy for my board game Britannia that made me think about a related analogy to explain opposed games versus puzzles, and further, RPGs. Let’s have a go. 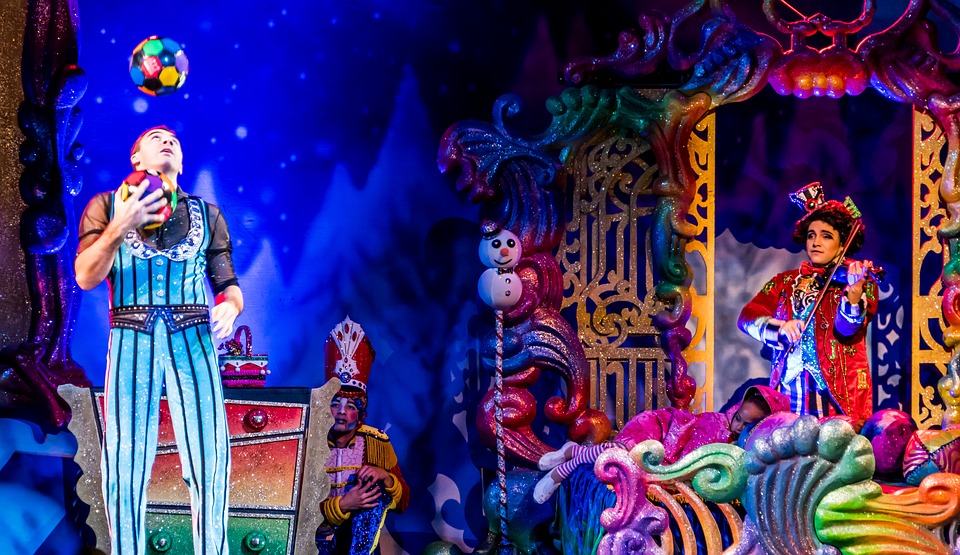 “In most Euro-games each player gets a keyboard and they will get some points for whatever they bash out. In Britannia the players are participating in a competitive jazz quartet across seventeen different instruments [17 nations]."
Click to expand...


I thought that was quite good, but how can we adapt something like that for RPGs? To understand this analogy it’s helpful to define what jazz is:

“a type of music of black American origin characterized by improvisation, syncopation, and usually irregular or forceful rhythm.”
Click to expand...


Improvisation is the key here, though improvisational music existed long before jazz. Ludwig von Beethoven, for example, before he became deaf, was a famous piano improviser. He just sat at the piano and started playing things that had not been previously composed, it just came out of his head to his hands. In recent times, John Bayless is one of the most well-known piano improvisors, although in my experience of listening he starts from a well-known piece.

In Baroque music there is some improvisation by the musicians, and there are "repeats" in classical compositions, where the conductor decides how often, and even when, a section is repeated. Yet classical music as a whole is very much a case of playing what's been written, with inevitable differences in interpretation. A composition can sound rather different depending on who plays it. So there is some element of improvisation but it is largely with a "dominant strategy".


The Song of the Game​

People playing Eurostyle board games are playing one of several possible or allowed “songs,” if they know the "paths to victory" well enough. In other words, they're not succeeding in playing just any song, they have to play from the approved (by the designer of the game) short playlist. If they play some other song they can score points, but they won't have a decent chance to win. That's because the "multiple paths to victory" are solutions to the puzzle of the "game." There are no such always-correct solutions to an opposed game, not if well-designed. If badly designed there may be one solution only, the "dominant strategy", a no-no in game design.

This contrast can be seen in terms of risk, there's a greater risk of complete failure in an opposed game, that is, "falling on your face" as you attempt to improvise. The approved song list method is safer (and often easier to figure out), and often there's also a "generally accepted correct move in most situations," so it's hard to screw up. Other players may advise you of the accepted move, and some may even be annoyed if you don't make that move. Combine this with the regular progression upward of Euro games (compared with opposed games, where you can be torn down), and in general Euros are much less risky.

In the older (opposed game) play style of tabletop role-playing games, improvisation is typical. You try to find solutions to the situation you're presented with. The GM (or adventure module) sets up the situation, and doesn't try to figure out/impose a solution or solutions, let alone guide you to any particular solution. Failure is always possible. But if the players succeed, the result is something like a jazz session improvisation involving both players and GM. Experience makes a difference in both endeavors. Moreover, the GM may improvise much of the adventure. But that can also happen in storytelling.

At the other end of the spectrum, where the RPG is a storytelling machine, the GM (or adventure module) creates a solution which the players must follow to succeed. They are playing from, at best, a very short list of approved songs (perhaps the GM has created more than one solution). The GM might be seen as the conductor of an orchestra. If players deviate, either the GM redirects them, or the music doesn't work (they don't succeed).

There are lots of possibilities in between, involving less and less improvisation and more and more direction as you go from the older play style to the storytelling style. Some sessions may be aimed at a story rather than a game, yet still involve improvisation among the players - players telling one another a collaborative story. RPGs are varied enough to accommodate all kinds of styles.

Good article. In my almost 40 years as a GM I’ve used both the traditional and directed, as well as hybrid models mentioned in the article. My preference is traditional because I’m my experience it’s the most collaborative between the players and GM. My current 5E game has been running that way since last June and the trouble my players have gotten themselves into has been so much fun to experience.

I loooooooove improvising as a DM. The feeling of racing just a step ahead of the players, using their interests and inquiries to build the path ahead, while making it all set preordained... That's the real fun for me.

To help me improvise well, I usually create a big tool box of enemies, events, maps, lore, NPCs, etc etc etc that I can cherry pick from so that wherever the characters go, whatever they do, I can be prepared to put something interesting and thematically appropriate before them.

I've had a real urge lately to run a 90% improvised campaign. Grab some blank dungeon maps, some charts of NPC traits and random encounters, have the players roll up characters and then build everything off of their backgrounds, classes, races, interests, and so on.

Supporter
I improvise a lot, as a GM. In both the campaigns I'm running (both homebrew setting/adventure) the most recent session I ran entirely without prep (though both were at least starting in situations I had a pretty solid grasp of) and even when I do prep, I tend to just prep what is and from there react to what the players do.

I've never felt I was doing anything other than improvising as a player, because even if we're playing something published, it's not something I know well enough to know what I'm doing. To the extent it's like being in a band, it's like playing a cover of a song you don't really know--you follow along and kinda fake it.

I don't entirely disagree with the music-making metaphor--I've used it myself--but in my experience it only applies as a description of the table working together, and somehow sometimes managing to be more than the sum of its parts, a bit of social alchemy. I haven't found playing TRPGs much like making music, either as part of a group or in my little MIDI space; to me that experience has always been more like free-writing fiction. OTOH, metaphors can be personal things, and there's nothing wrong with different people having different metaphors.

BookTenTiger said:
I loooooooove improvising as a DM. The feeling of racing just a step ahead of the players, using their interests and inquiries to build the path ahead, while making it all set preordained... That's the real fun for me.
Click to expand...

To be honest, I did watch this movie a LOT growing up, so there may be some influence!

For an example of improvised problem solving, consider watching "Murderville" on Netflix... 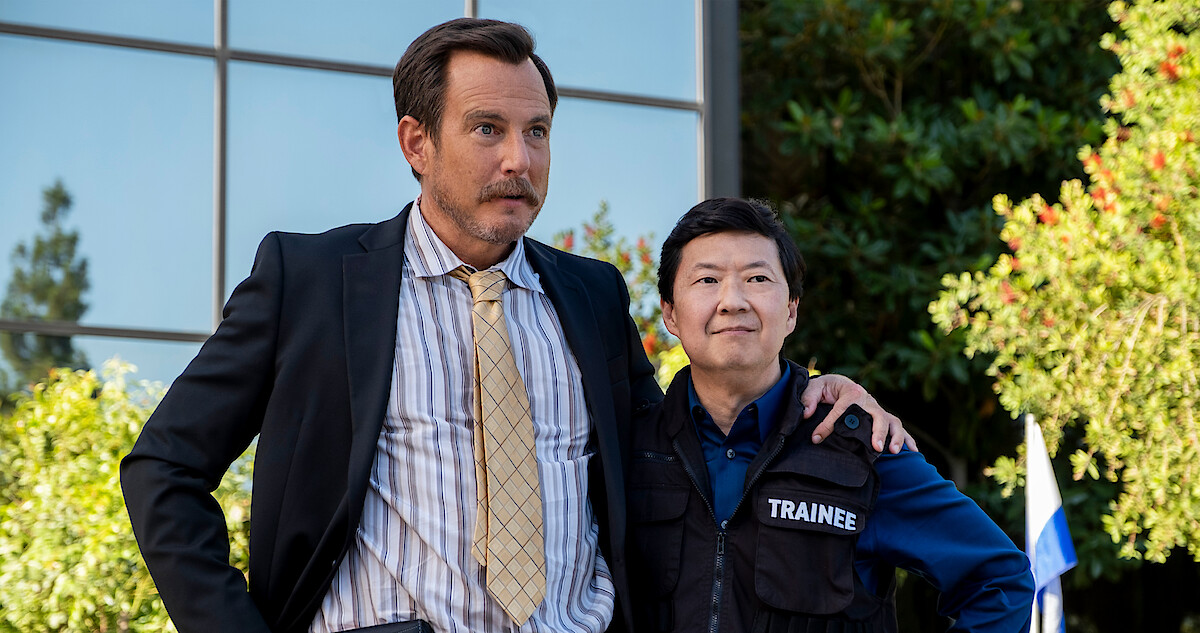 Here’s Your First Stab At The New ‘Murderville’ Comedy Series

Can these celebrity guests improvise their way through a case?

The problem I have with this analogy is that most of the time, the solution tends to be fairly straight forward. It's not exactly rocket science most of the time. And, to compound that, many DM's, myself included, get really antsy when players start getting creative. More often than not, we err on the side of caution and teach players to stay within the mechanics because going outside the mechanics leads to very bad risk/reward loops.

IOW, DM's often make things far too difficult, all in the name of "earning" the win. Which has a feedback loop that results in gunshy players who immediately turn to the ruleset for solutions because they actually know their odds of success and can judge actions accordingly.

But, it's very, very rare that DM's will think that way, especially in the moment, in the middle of the game, when they don't really have time to properly reflect on things.

Performance is a Designer Trap