Worlds of Design: When Nations Expand

When considering how nations expand beyond their borders in your fantasy campaign, there are several options to choose from. 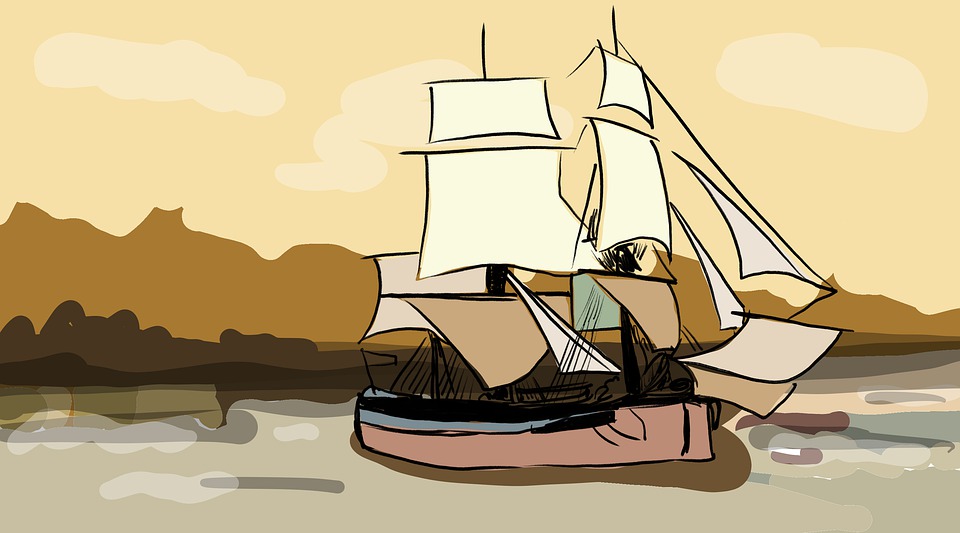 We can go back to very ancient times, when the Assyrians had a trading colony in Hittite territory, far from the heartland of Assyria. This colony facilitated trade of Hittite copper for Assyrian textiles. Assyrians lived in the colony, but were interested only in trade, not domination.

Trading colonies often began with trading posts. The explorers of the Mediterranean and Black Seas in times before Alexander, the Phoenicians and Greeks, set up trading posts. But the Greeks also used trading colonies as an outlet for excess population, setting up small towns. Greece is not blessed with much good agricultural land, and its rough terrain naturally divided it into hundreds of often-small city-states. Where would excess population go? When the Greeks set up a colony the usual expectation was that the colony would soon become an independent, albeit small, city-state.

Unlike the Greek city states, Phoenicia was surrounded by empires and rarely independent. About the time that the Persian Empire occupied Phoenicia was when the Phoenician colonies became independent if they hadn’t already.

Roman colonies are of a type much less common at that time (though also used less intensely by Alexander the Great). They set up “military” colonies to help control territories acquired by warfare as they expanded throughout Italy. The military colonies were outlets to reward retired soldiers who didn’t have lands of their own, even though inhabitants of the colonies were not granted Roman citizenship. Remember the pre-modern ideal, Land = Wealth.

Notice that the Romans (and Alexander, more or less) were colonizing lands geographically contiguous to their homelands, different from the Greeks and Phoenicians who colonized overseas. Contiguity has great relevance in geopolitics. It is rare in the long run that a colony separated by water from its homeland remains part of that homeland, an important factor when considering if one of your nations plans to annex another.

Military and trading colonies were eventually replaced in medieval times by mass migrations, both on the European continent and in Great Britain. The Anglo-Saxon migrants who occupied England absorbed the population, usually through intermarriage. The same happened when the Danes occupied the Danelaw in eastern England. On the other hand the Norman conquest provided land for the barons.

As an aside, notice that the Danes who were given control of what became the Duchy of Normandy in the 10th century had been almost completely Frenchified by the time of the Norman conquest of England. Sometimes the inhabitants absorb the conquerors, not vice versa. In the end, though the kings of England spoke French for centuries, ultimately the Norman French were absorbed into the English population.

In the medieval-plus-magic fantasy world that is the typical base RPG setting (see “Baseline Assumptions of Fantasy RPGs") military colonies might be most applicable to a typical adventure campaign. A military-style colony set in a wild-and-woolly area might be a good base for adventures. Characters could be hired as guards for a group of Greek-style sea-based trading colonies.

Conversely, a history of expansion may play a bigger role in the backstory of your campaign world. Different groups may have language, values, and currency determined by the dominant nation. And if one nation is ascendant, its influence might explain why there’s a common standard wherever the adventurers go.

Your Turn: How do nations expand their influence in your campaign?
Last edited by a moderator: Jul 2, 2021
Click to expand...

lewpuls said:
clearstream: "It seems to me a mistake or whitewashing to suppose that trading and military colonies are not projects of harmful colonisation. @Ixal I feel there is moral hazard in any presumption of terra nullius. There are peoples today deeply harmed - rich cultures disintegrated and made dystopic - by the idea of empty land."

I try not to indulge in presentism, that is, the imposition of current standards of morality on historical actors, as though current morality was the only morality that could ever be right. Morality depends so much on the technological situation. "Moral imperatives" were different more than two millennia ago.

For me the hazard in this line of reasoning is that we are in the present when we play. It was never right to, for one example, disintegrate Australian aboriginal culture, and it is not right today to tell ourselves stories that make colonial projects seem like tales of heroism.


lewpuls said:
And would be in a fantasy world full of monsters, of course.
Click to expand...

A fantasy world created to whatever terms we choose for it.


lewpuls said:
We can see any conquest or other expansion as harmful to the victims, but only in recent times - with the advent of horrifically destructive World Wars and then nuclear weapons - has national expansion largely ceased. There's little doubt that World War III would have occurred, if not for nuclear weapons
Click to expand...

The goals of war have changed. Rather than conquest of land, contemporary war extends power and appropriates resources. The harms are comparable.

Ah, I also see that the editor changed my question. Mine was:

No wonder it has been misleading.

lewpuls said:
Your Turn: How do nations expand their influence in your campaign?
Click to expand...


My current game is all about war/borders do to collapse of a big nation and social issues, money lending and debt and roman style slavery. Expansion via conquest and mostly by money though that is in flux as my Napoleon analogue hates money lenders and slavery and cannot persuaded, threatened (personally killed several assassins) distracted or bribed. Everybody is scared to death of this change in the status quo and there are lots of ways to get wrecked by or profit from the chaos.

Oh and there are plenty of monsters too.

Prior to this I had Cold War style static borders enforced with epic level magic. This created a climate somewhat like every nation in Earth had enough weapons to crush any invader. Any "government" that tried a serious invasion would face utter annihilation and so this left no room for expansion.

Most adventuring was skirmishes alas modern India and Pakistan or badlands adventures or monster hunting.

Neither really matters to my players who don't care about politics or world building anyway.

Epic
We talk about nations and empires here but what of monsters? In the fantasy we have to 'what if' to deal with the population. I never put too many races in my world, leaving vast areas empty. This allows space for those monsters and them expanding as plot ideas.

I guess colonisation or perhaps more accurately, migration, has played a part in my campaign in that the main human territory that the party is moving through came about when human tribes further north escaped a quickly freezing homeland to colonise the location they rule today. I've already dropped a few enticing breadcrumbs for the players to follow to end up back in the ancient frozen wasteland, perhaps discovering the ancient past of the kingdom.

Hand of Evil said:
We talk about nations and empires here but what of monsters? In the fantasy we have to 'what if' to deal with the population. I never put too many races in my world, leaving vast areas empty. This allows space for those monsters and them expanding as plot ideas.
Click to expand...

I have very mixed feelings about empty spaces. On the one hand, we might feel a genuinely empty space (we know it is empty because we designed it that way) offers no complexities or moral doubts. On the other hand, the concept of terra nullius has a revolting history and we could be seen to be pretending that something that was utterly false was somehow true. We might be guilty of papering over real events.

I suspect that the best approach is to grasp the nettle: there are creatures there, and our stories cast light on the anti-heroic nature of powerful colonists, or perhaps on the desperation of genuine migrants.

lewpuls said:
I don't play GAMES while worrying much about how they relate to the real world:
Separating Games from Reality, Part 1
Separating games from reality, Part 2
"Games are the epitome of separation from reality, as we set up 'the magic circle' and agree to follow a set of rules. Yet some people cannot separate games from reality, taking everything involved very seriously down to wanting to censor games (though they won't admit this)."
Click to expand...

In my experience everyone has some things they find too repugnant to include of games. You can - I hope - think of some things you would never include in your games. The fact we can have things that are too repugnant tells us that it's not a question of separation from reality, but of where the line is drawn for us. I have in mind three audiences, who might draw that line in different places -
Given we are free to choose what narratives we sustain in our games, I believe we have the reasonable question: why do we need to echo harmful themes? We might well do so to illuminate and challenge them, but to do so blithely? It is easy for the unaffected to argue that something that doesn't affect them is being taken too seriously.
Last edited: Jul 6, 2021