Dungeons & Dragons is undergoing a popularity boom unlike anything in its existence lately. More and more people are picking... 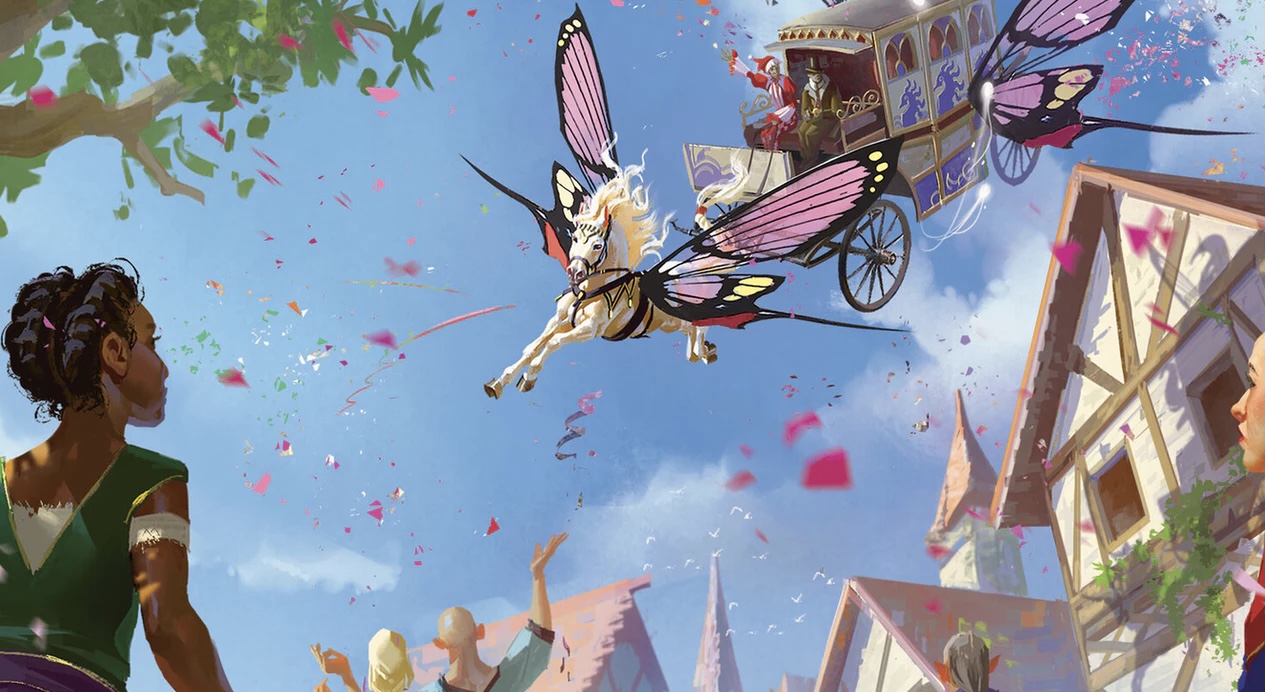 “So you’ll notice that around the time we came out with the Essentials Kit and then continued on with a lot of our adventure content — even when it’s a large, epic campaign, like last year’s Rime of the Frostmaiden —they’re much easier to divide up into digestible segments that where … if the DM wants to just read a part of this big book, or just run one of these little quests, we’re making that easier to do. Not only to make things less arduous for a brand new Dungeon Master, and with new groups of players coming to D&D for the first time, but also because of that format of play, also suits streamed games better.

“We know streamed games, with the exception of maybe Critical Role, tend to be shorter than a lot of [traditional] tabletop games. You know, in the old days and even today, a lot of people’s tabletop games [sessions] might range between three and four hours, although we’re seeing the average length go down — most streamed games are often sometimes as short as two hours, or even 90 minutes.”

My five hour sessions (in person) still feel too short but my three hour sessions (remote) can feel exhausting sometimes. I prefer in-person and with travel and set-up time, less than four hours hardly seems worth it to me. Either way, regardless of the length of the session meeting more often than once or twice a month is out of the question and I find it easier to schedule one longer session in that time period than more shorter sessions.

That said, a modular approach seems like a good approach to adventures regardless of session length in terms of prep and incorporating them into homebrew campaigns.

OblivionDrive said:
I do very much miss the old days of my teens and early 20s of us getting together around noon and playing till like 6-8 PM every Saturday with a break for dinner in there but sometimes it’s hard to carve out even 2-3 hrs these days and that stinks. Still, some is definitely better than nothing at all.
Click to expand...

I've heard of groups just renting a cottage to play for a whole weekend once a year or so. Sounds like a fun thing to plan in advance.

I'm currently running one two-hour session each Tuesday night for two hours, online. I was also in a similar game on Fridays, but recently I've more often than not been so exhausted at the end of a week that I would just bow out of that one, so I've called it quits on that game.

Undrave said:
I've heard of groups just renting a cottage to play for a whole weekend once a year or so. Sounds like a fun thing to plan in advance.
Click to expand...

My friends and I do this a couple times of year. After college, we each moved to cities a few hours away, but find it's great to plan a weekend getaway. We started at campgrounds until life's circumstances changed enough to play at a house (we do hosting rotations).

BrassDragon said:
There is some truly excellent design in the independent/OSR scene that gets close to this ideal. Two examples that come to mind are Winter's Daughter by Gavin Norman and The Black Wyrm of Brandonsford by Chance Dudinack.
Click to expand...

I'm not sure how easy it would be to convert Black Wyrm to a "non-OSR" version, but it's a great adventure.

Stormonu said:
If WotC returns to the Long Campaign-style books, I hope they add breakpoints into the adventure so you can have good stopping points if you want to cut the length - maybe a mini-climax a 1/3rd into it. Something that has a satisfying point where you can stop it there and walk away, or continue onward into a longer adventure. The Saltmarsh book is partially like this - you can run the U1/U2/U3 section and stop after U3, or run the following adventures if you wish to choose to continue the campaign further. More breakpoints like this would be helpful so you could run a "short", "medium" or "long" campaign from the book, as you choose.
Click to expand...

I love this idea! If nothing else, it lets the players take some real downtime, buy a house and set it up, etc.

Undrave said:
I've heard of groups just renting a cottage to play for a whole weekend once a year or so. Sounds like a fun thing to plan in advance.
Click to expand...

Erdric Dragin said:
Why can't they just bring back Dragon and Dungeon Magazine? This was what Dungeon Magazine was for. Then you can fill the books with other material that normally wouldn't be there cause you're sticking in adventures mixed with it.
Click to expand...

I still use dungeon magazine material in 5e - hell I ran one adventure back in april this year! (My Lady's Mirror, if you must ask)

Ancalagon said:
I still use dungeon magazine material in 5e - hell I ran one adventure back in april this year! (My Lady's Mirror, if you must ask)
Click to expand...

I have an adventure from it to put on the tail end of our current campaign, assuming my players still like the campaign enough to get to Level 20.

I figure if we don't make it that far, I can always use it somewhere else at a different time.

Worlds of Design: Tough Times at the Top
2