At a media press briefing last week, WotC's Jeremey Crawford clarified what is and is not canon for D&D.


"For many years, we in the Dungeons & Dragons RPG studio have considered things like D&D novels, D&D video games, D&D comic books, as wonderful expressions of D&D storytelling and D&D lore, but they are not canonical for the D&D roleplaying game." 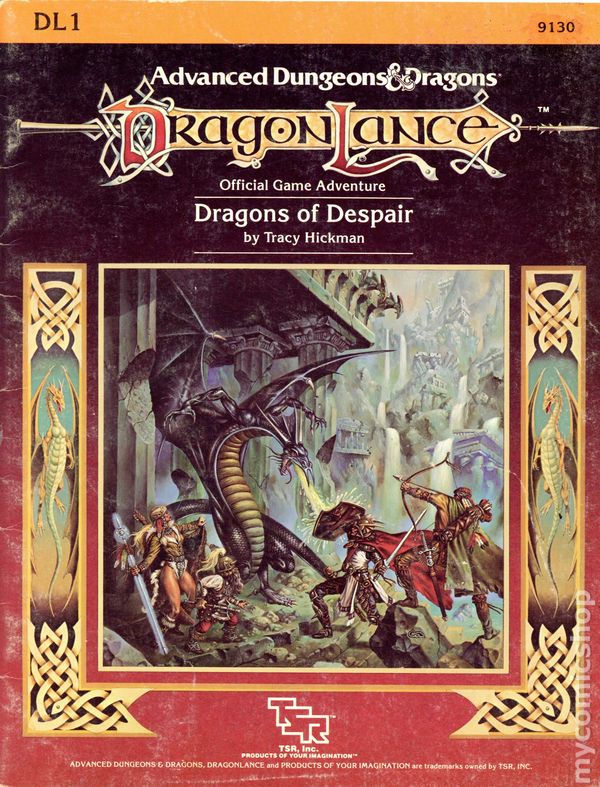 "If you’re looking for what’s official in the D&D roleplaying game, it’s what appears in the products for the roleplaying game. Basically, our stance is that if it has not appeared in a book since 2014, we don’t consider it canonical for the games."
2014 is the year that D&D 5th Edition launched.

He goes on to say that WotC takes inspiration from past lore and sometimes adds them into official lore.

Over the past five decades of D&D, there have been hundreds of novels, more than five editions of the game, about a hundred video games, and various other items such as comic books, and more. None of this is canon. Crawford explains that this is because they "don’t want DMs to feel that in order to run the game, they need to read a certain set of novels."

He cites the Dragonlance adventures, specifically.
Click to expand...

Well, I think that settles the question as to what caused all the changes to known characters in the various Domains of Dread. Nothing. It's all new, fam.

I think this could be a good thing. Eberron has always done this and was for the better.

Well I guess that means Eliminster never went to hell.

So basically we've got something of a semi-official "Legends" split on the various campaign settings, while not making a thing about it the same way Disney & Lucasfilm did.

Hopefully this means they are setting up a reboot of the DL series that is not a railroad with pregens. But even as I type that I can't imagine they would.

Still I can dream about a sandbox campaign encompassing DL 1 thru 4.....

There's no such thing as "canon" in RPGs. There's only "canon in our game."

Pretty sensible stance. Keeping track of 7 years' worth of continuity is tough enough - having to account for another 3 decades' worth would be untenable.

I can see both sides. Surely all the monster, setting and historical lore are only suggestions for your game. You are free to pick up, modify, discard and create as you see fit. However I can also see that continuity between products and even editions is a good thing too

Ah, the Star Wars strategy of keeping what you like, jettisoning what you don't. I wonder if this as a sign that FR is getting a new setting book.


ninjayeti said:
There's no such thing as "canon" in RPGs. There's only "canon in our game."
Click to expand...

Agree and disagree. "Canon" in an RPG is what the publishers have to internally hold themselves to. But naturally individuals playing that RPG will develop there own personal canon over time.

I don’t understand why anyone would care.

Me: Whatever WoTC says, does, or writes isn't canon. I don't give a good gosh-darn.

My first thought. If they were going to do this, they could have actually given the Forgotten Realms a proper reboot to an older timeline to fix the damage from 4E, instead of...whatever that soft non-retcon 'everything is just better again because...um...magic?' thing was that they did with 5E. I had assumed they didn't go for a full reset because they didn't want to invalidate the novels. I guess not so much.

Eh. It doesn't affect me much. I can understand wanting to keep things simple and consistent for the sake of the products they are putting out rather than have people refer to out-of-print materials, or hundreds of novels, or even Google. As was stated above, 'canon' is something the writers and publishers hold to, and no one else is bound by it. They want a self-contained product, and that makes sense to me. As for me, setting canon has always been whatever the DM decides it is, no more or less, regardless of what's in print. Your home game is just as valid whether or not you use older materials, or you just take the framework of a setting and do your own thing. The older novels are still as entertaining as they were before. That all stays the same.

MarkB said:
Pretty sensible stance. Keeping track of 7 years' worth of continuity is tough enough - having to account for another 3 decades' worth would be untenable.
Click to expand...


Yeah and it helps manage the IP since it looks like D&D will be pretty darn heavy into other types of entertainment.

Crimson Longinus said:
I don’t understand why anyone would care.
Click to expand...

Exactly. I mean, Crawford's stance is reasonable, but ultimately it has no effect on our games.

Heading off people trying build a conspiracy board explaining how then ovie plot relates to the latest novel and Baldur's Gate 3. Wise.
Last edited: Jul 22, 2021

Nikosandros said:
Exactly. I mean, Crawford's stance is reasonable, but ultimately it has no effect on our games.
Click to expand...