Redacted Records (PDF only) for Wrath & Glory – Warhammer 40K (PDF only) offers several new options for both players and GMs. This review is going to focus on space hulks, Adeptus Mechanicus Frameworks, and touch on new Talents. This book can be used to create Adeptus Mechanicus agents who scour space hulks for salvage which would make for an incredible campaign. 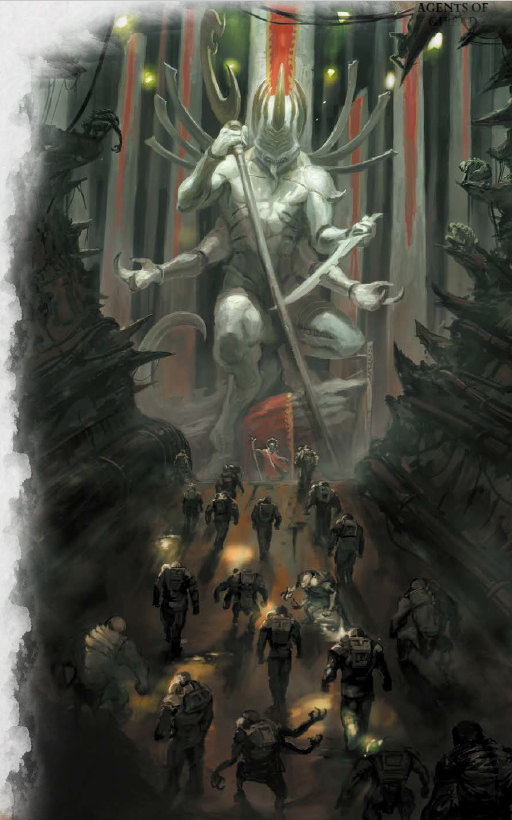 Thanks Cubicle7 for providing me a copy for review. In the grim darkness of the far future there is only war. And reviews of war.

In Wrath & Glory, a Framework sets up a campaign and the types of agents that players run. In Redacted Records there are two Frameworks for the Mechanicus so Agents of Tier 3 would work well since the Skitarius is Tier 2 and the Tech-Priest is Tier 3. The Skitarius could Ascend per Chapter 7 to make them Tier 3. If you have the Forsaken System Player’s Guide (PDF only), the Tech-Adept is Tier 1, Sicarians Infiltrator and Sicarian Ruststalkers are Tier 3, and Tech-Priest Dominus is Tier 4.

The Framework that works best for exploring space hulks is Explorator Maniple. While half the Agents need to be from Mechanicus (the book has a typo that reads Ministorum) that is the only limitation. So Xenos, Scum, Rogue Traders, and more can sign on as well. In addition, four Forge Worlds are included that those from either Framework may call home. Each one is named, has a description, and provides a unique bonus. 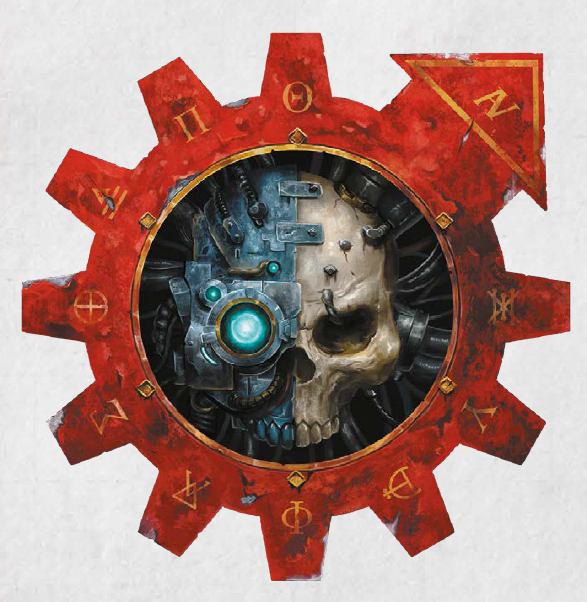 Each Agent will get wargear that aids exploration: a Data-Slate for information, a Monoscope for recording, and a Survival Kit to help in hostile environments. Mechanicus Agents may purchase an Exploration Mechadendrite (spine mounted limb that helps in navigation, scanning, and tracking) for 10 XP. The bonus for this Framework helps with understanding and using arecheotech.

Space hulks are covered in the first 32 pages. Space hulks enter and exit the Warp randomly and draw rogue traders, explorators of the Adeptus Mechanicus, xenos, scum, and more to come and try to pillage whatever they can find while waging war against competitors.

Random tables help design and fill out space hulks. Space hulks include Imperial, Chaos, Aeldari, Ork, and mixed origin hulks. Each space hulk has one or more occupants with an objective. Rooms can be generated ahead of time or on the fly. And rooms can become more dangerous by adding hazards. Three large tables are filled with events that GMs can flesh out into full adventures. Loot tables vary both by species and by weirdness. And there are options to have something wrong with loot such as Warp poisoning or a hidden blinking beacon to call to a likely hostile force.

The sample space hulks range from Warp corrupted and demon haunted wrecks to scribbling servants of the Warp copying blasphemous tomes for all of eternity unless an explorer dares try to interrupt their work. Each hulk has occupiers, what caused it to become a hulk, and some example loot.


The Umbraeus is a space hulk of particular interest to explorators of the Cult Mechanicus. A vast colony ship, it contains a wealth of food and seeds along with ancient terraforming equipment. The rusted servitors aboard and the ship itself, however, will react violently to any attempts at pilfering. There are also previous explorators onboard who have been forced into stasis. There rescue would also bring reward.
Taken together, the sections on space hulks and the new Framework would help build an entire campaign. Also included in the book are strange servitors and new cults along with several adventure hooks. Quite a few new Talents are included as well. The Chainsaw Warrior is back as a Talent along with the entertaining Arsonist and several others like Disruptive Launch that uses a jet pack launch as suppressing fire.

Redacted Records (PDF only) has something for both players and GMs. GMs in particular will find a use for all the adventure hooks and adventure ideas. Months of entertaining campaign play could be pulled from these pages.
Click to expand...

I was a massive fan of the tone and detail of Dark Heresy, but recognized that the rules were a bit… loose.

Is anyone playing Wrath and Glory currently and how does it compare to Dark Heresy/Rogue Trader or other systems?

I’ve noted a big expansion of quality sci-fi battle maps in the last year or so and I makes me think about giving this a go.

TheSword said:
I was a massive fan of the tone and detail of Dark Heresy, but recognized that the rules were a bit… loose.

Is anyone playing Wrath and Glory currently and how does it compare to Dark Heresy/Rogue Trader or other systems?

I’ve noted a big expansion of quality sci-fi battle maps in the last year or so and I makes me think about giving this a go.
Click to expand...

If you decide to give it a go, count me in as a player.