The conspiracy continues in Flint's dark underbelly. Now at the king’s command it is time for the Royal Homeland Constabulary to rip this threat from its shadowy womb beneath the haunted mountain named Cauldron Hill and thrust it into the light of day. 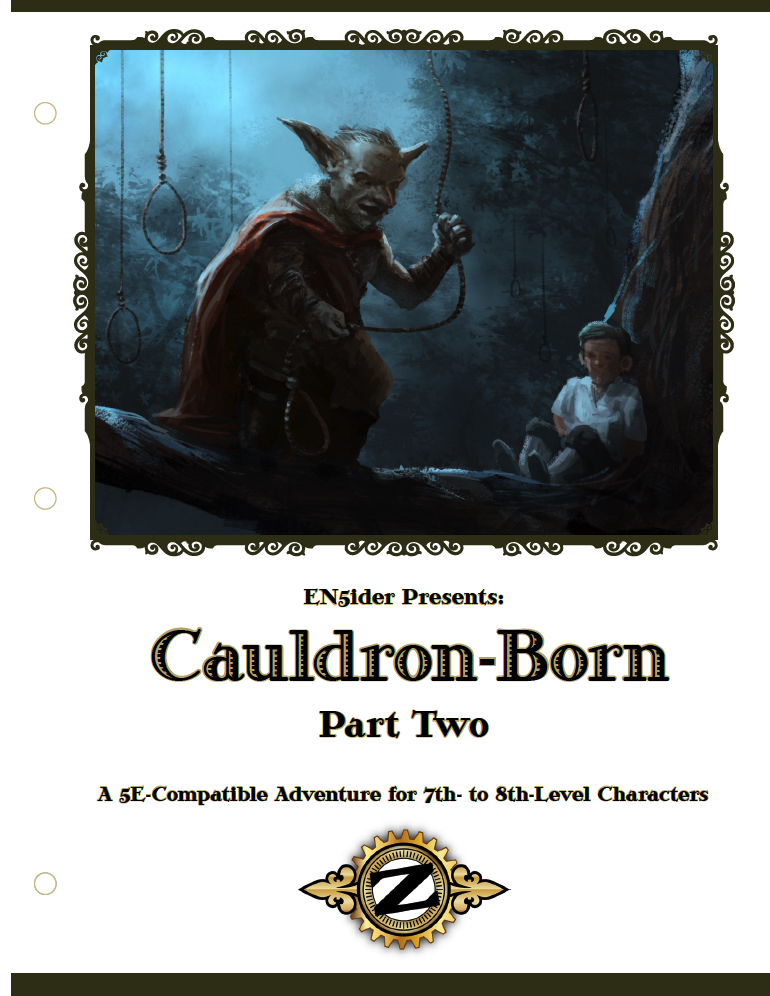 While they pursue that mission, two other forces are at work in Flint: a cult of dwarven assassins who want to disrupt a peace summit, and a rogue lord of the Unseen Court who seeks a war between man and fey. Either plot will spell disaster for Flint. Can the constables spare the time to stop them before the doom beneath Cauldron Hill is born?

The critically acclaimed adventure path for DnD 5th Edition continues over on EN5ider, the 5E Patreon!

The name of this adventure keeps making me think of "The Chronicles of Prydain" by Lloyd Alexander. Intentional?

Marandahir said:
The name of this adventure keeps making me think of "The Chronicles of Prydain" by Lloyd Alexander. Intentional?
Click to expand...

I'm asking about and will let you know. Maybe!

And I have a speedy answer for you!

Ryan Nock (one of the people involved since it started) said:
Definitely a reference to the Black Cauldron.
Click to expand...