Hi all, I'm launching a Kickstarter project for Zine Quest 3 in February, a zine collection of 10 new monsters to challenge your players with, 4 new spells to encourage greater creativity in play, and 16 new magic items for getting out of difficult situations. 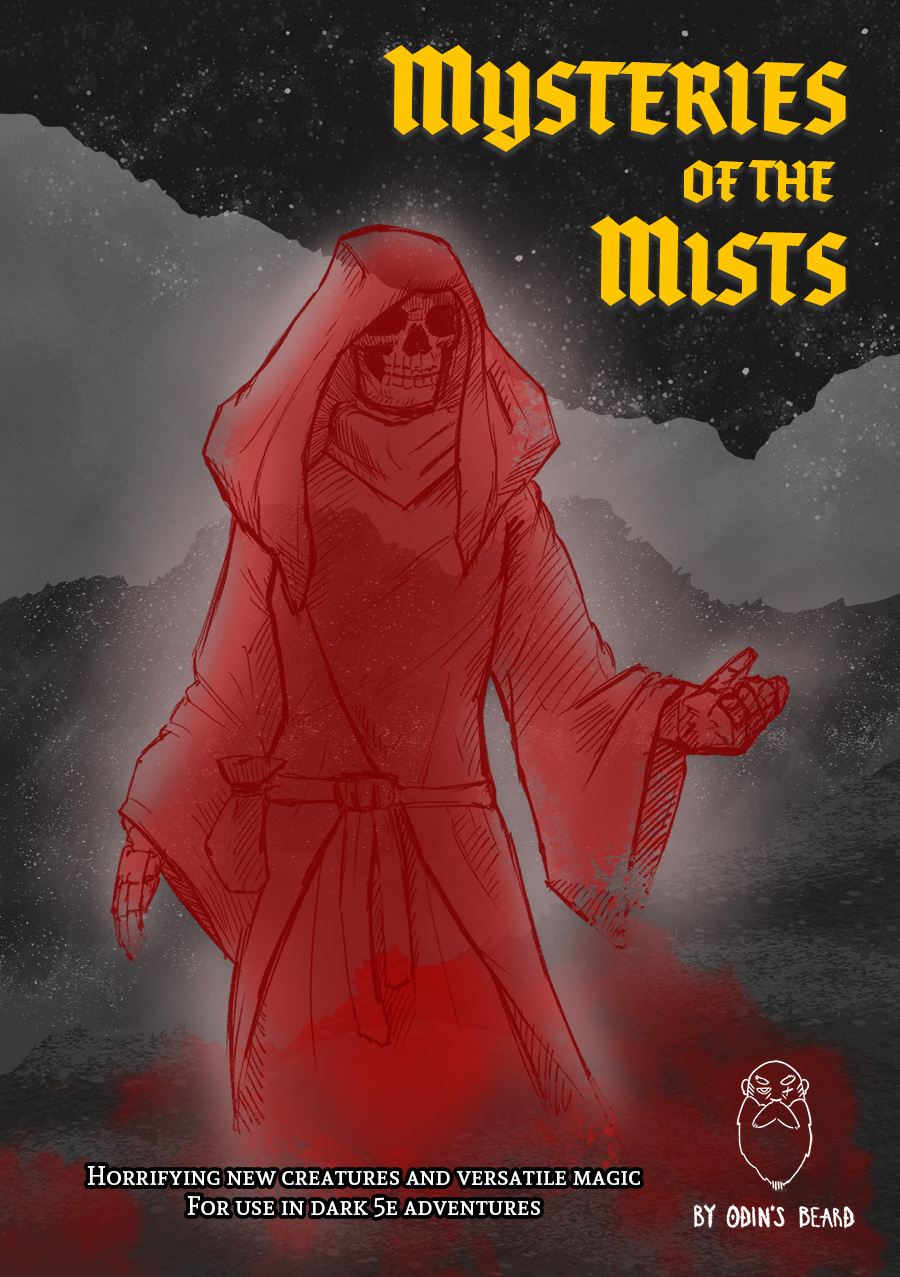 3 horrifying monsters from my first 5e horror module The Howling Caverns:
And 7 monsters appearing in the follow-up Colossus Wake: 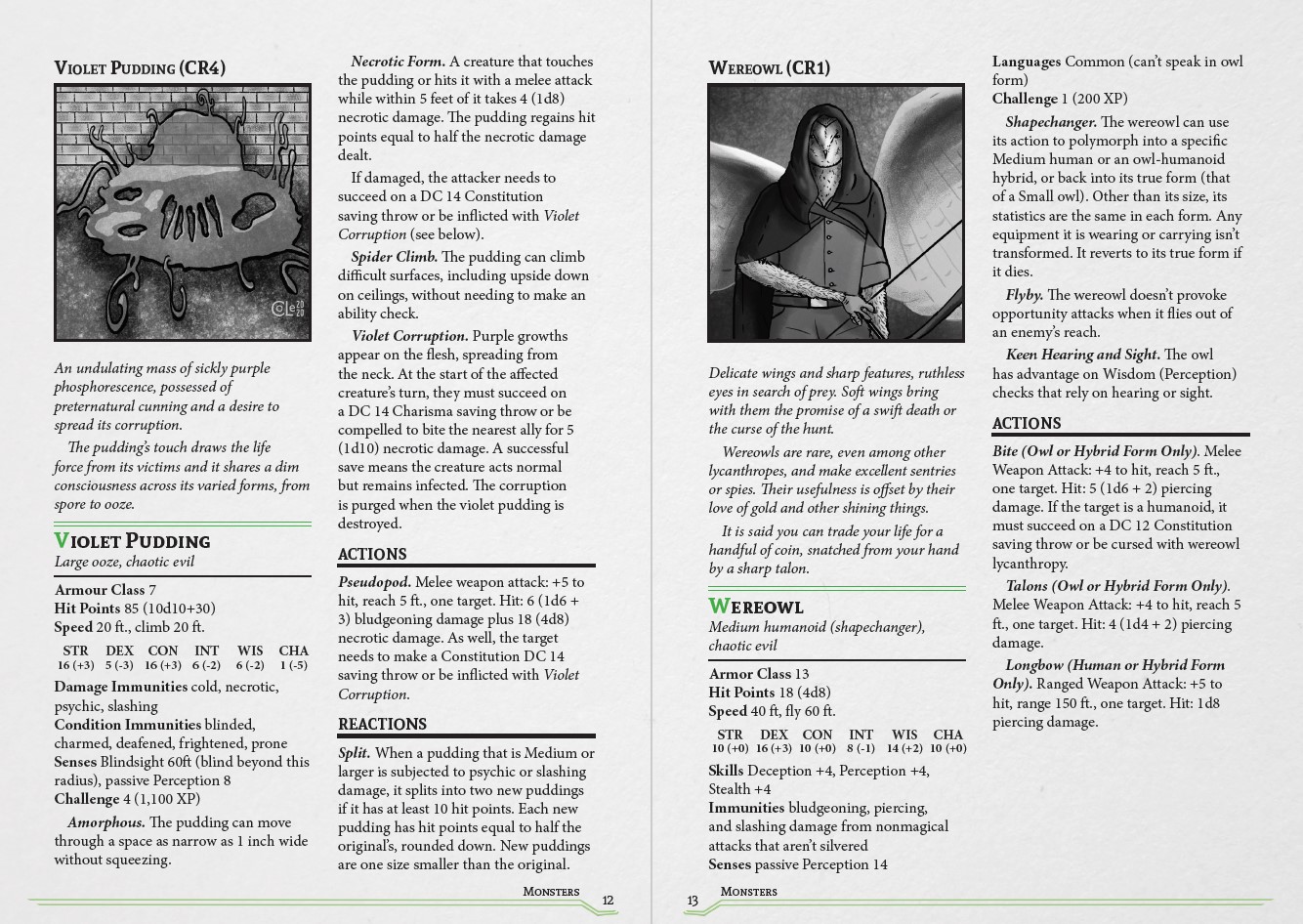 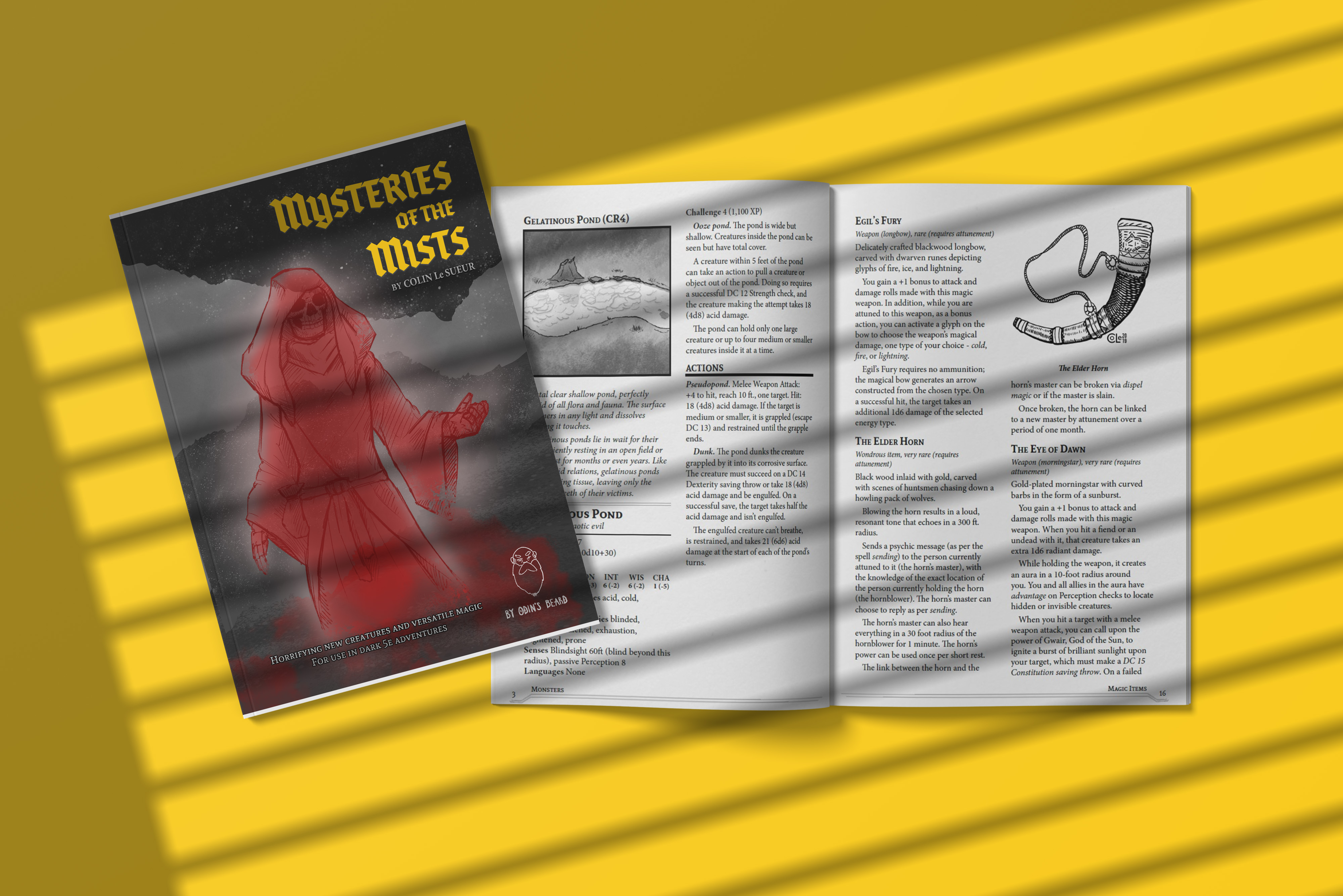 The zine will be available in PDF or in print. Back at higher levels to get copies of my two 5e horror adventures The Howling Caverns and Colossus Wake.

Sign up now to get notified when the project goes live on the 1st of February!
https://www.kickstarter.com/projects/byodinsbeardrpg/mysteries-of-the-mists-zine-quest-edition

Mysteries of the Mists is now live and has hit 30% funding already!

I've added a deluxe hardcover stretch goal with a new cover from fantasy art legend Ralph Horsley; I'm super excited to see this cover so please back to make this happen! 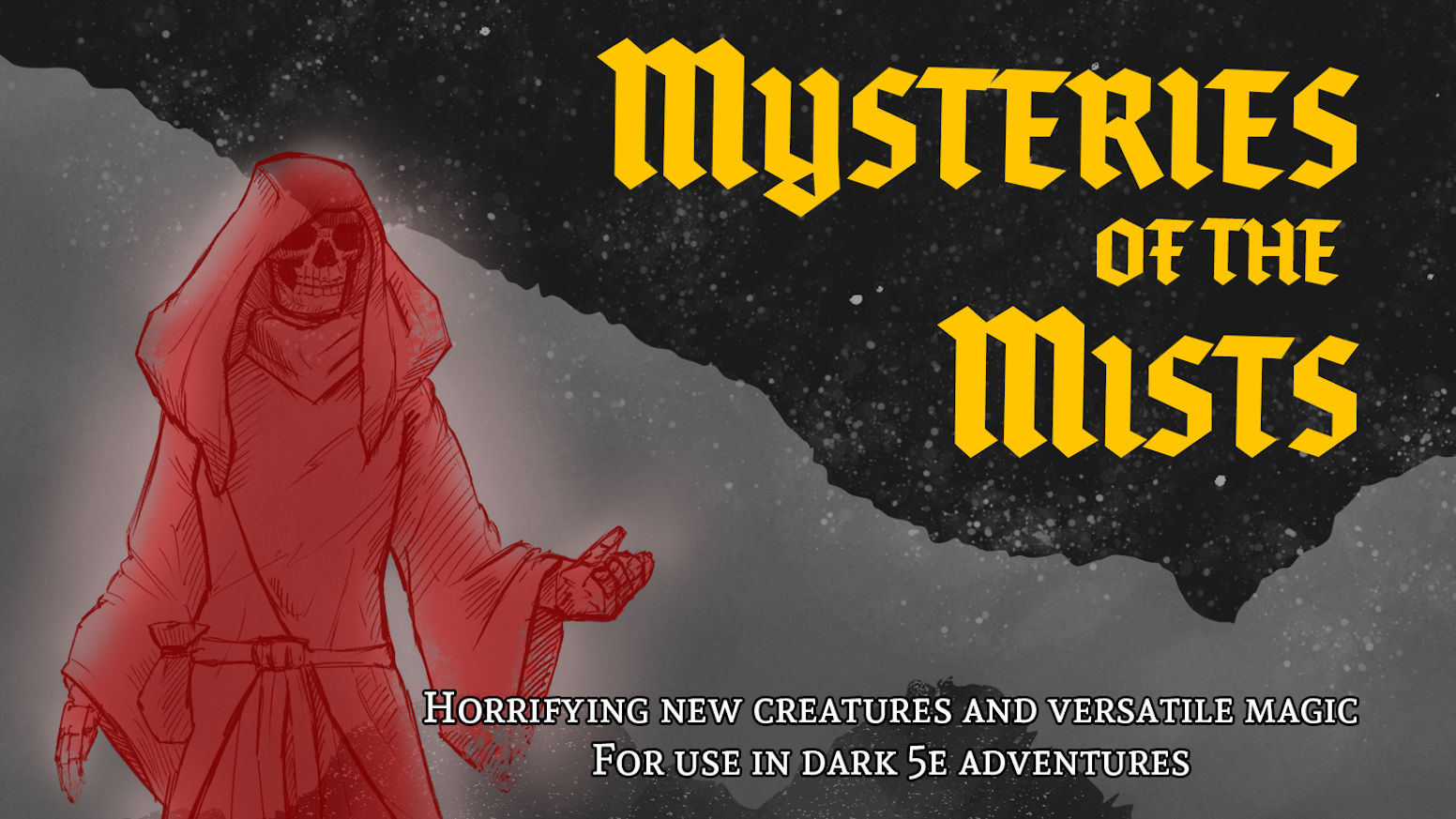 Ships to the UK, US/Canada, and the EU starting in March.

Thanks to everyone's support the zine has passed 80% funding! I've decided to give back to the TTRPG community and I'll be adding community copies of Mysteries of the Mists on itch.io for every pledge level:
At current count, that will be 108 community copies available on itch.io. These will go to anyone in struggling or marginalised communities, no questions asked.

We've now passed 90% and are closing in on the goal! 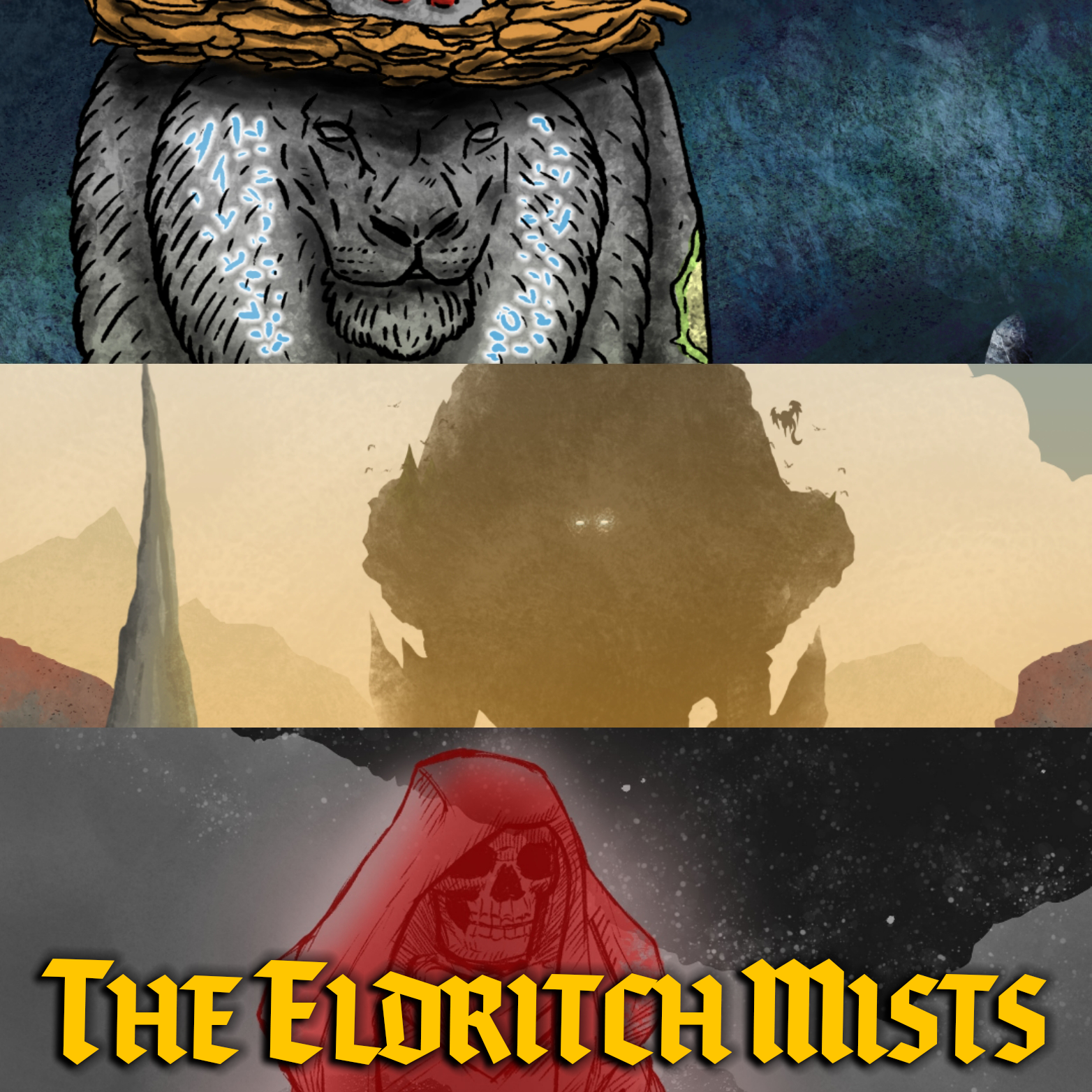 Digital copies will be fulfilled by DriveThruRPG or itch.io after the campaign ends.

All 3 physical books will be A5 paperback format, and professionally printed to a high standard by Mixam in the UK.