Hey Guys,
Just launched our next kickstarter: A Very First Heist! Be sneaky, smart, and skillful as you get hired for your first heist, a first-tier adventure designed to offer players a low-level challenge that is more than just combat.

The characters are employed to procure a valuable object from an underground auction. They have several ways to achieve that ranging from sneaking in, over manipulating the auction to directly buy it, to simply bursting in with brute force. Though… they should really think it how many traces or what kind of impression they leave, as the powerful and influential syndicate running this shady auction may be bit more than they can handle. 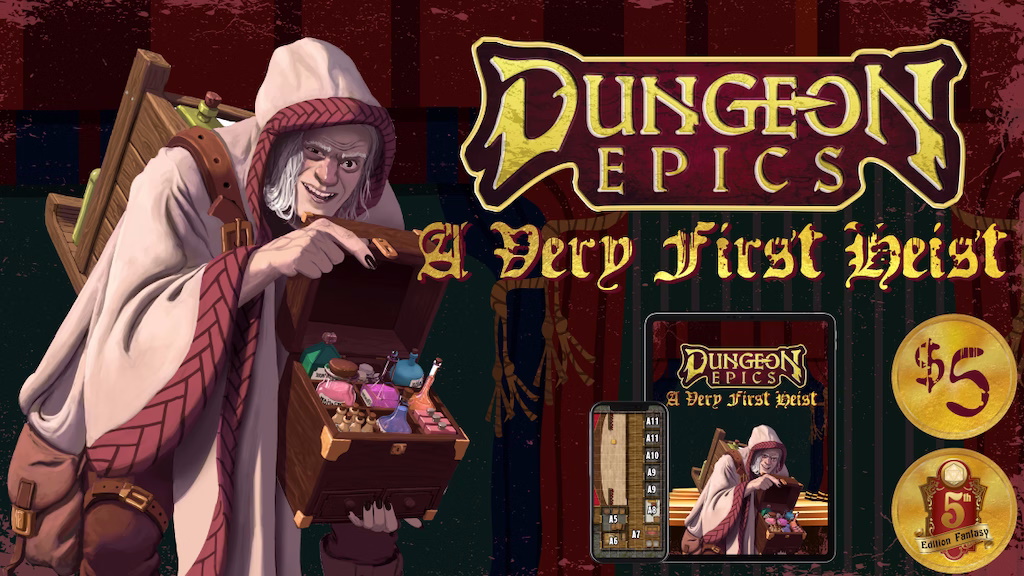