EN World is an old community by internet standards - 16 years old! When it started, there was no Facebook or Twitter, WotC was being run by Peter Adkison and Ryan Dancey, Pathfinder wasn't even a glimmer in Jason Bulmahn's eye, and D&D was launching its 3rd edition. The forums had only about 4,000 members! Decades pass, and things change, and I thought it would be fun to take a peek at the demographics of this community's members. With over half a million individual users in the last 30 days, making millions of pageviews, a look at Google Analytics can reveal a lot of data on who is browsing EN World. No surprise, male Americans make the largest group, but there are increases in other countries. Note that all this data is aggregate, anonymous and from Google's analytics service. Consider this a sort of New Year "State of EN World" thing.

Overall traffic -- 3.9 million unique visitors over the year with 0.5 million in the last 30 days; over 11 million separate user sessions and tens of millions of pageviews. 77.3% are returning visitors and 32.7% are new. 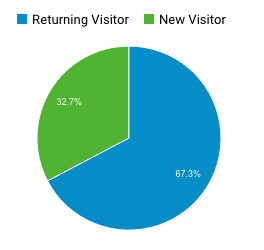 The overall audience shows age and gender. That has changed a lot in recent years -- the age is skewing lower than it used to. In particular, the 18-24 group has grown considerably. Sadly, the gender disparity, although slightly better, is still not even close to equal, with 92.4% of the traffic being male. I don't know what the overall disparity of actual players is, so I couldn't tell you whether that is representative or not. Note that this is (see the popular pages below) largely people just reading the news, not necessarily participating in the community. 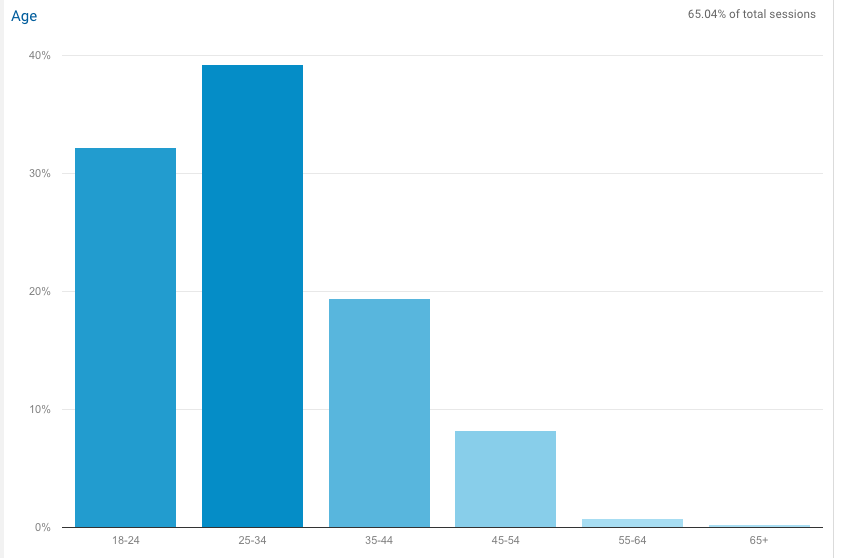 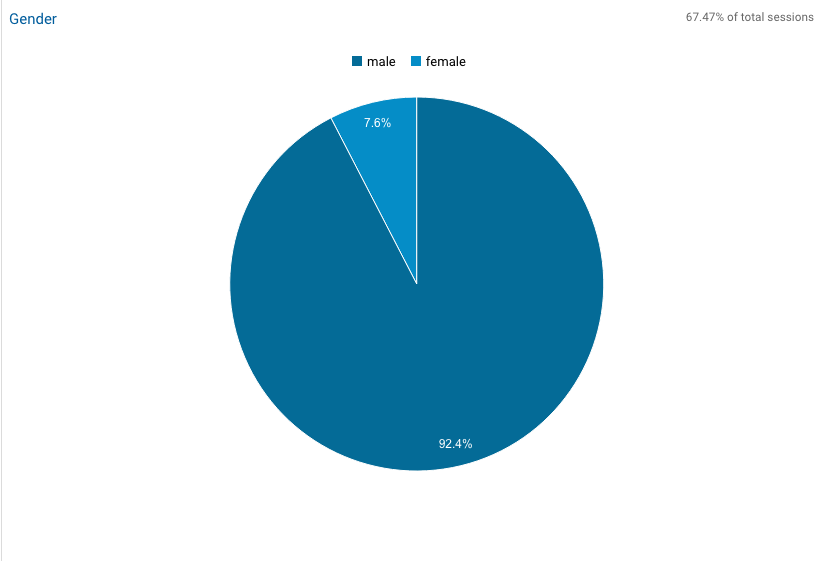 The following data is interesting. The US used to be around 80% of traffic, but it seems more locations are swinging by these days. Desktop browser usage has been dropping for years, and it's now starting to approach 50%. Another few years, and it'll be the minority. Social network referrals show that Facebook is by far the largest source of social network traffic, followed by Reddit. Social networks, however, only provide 4.5% of traffic overall with most of it coming directly from organic Google searches.


The table below shows the most popular areas of EN World. The news page takes in over 50% of the traffic by itself, but that's no shock.

The list below shows the most common search queries which landed people on EN World. Very D&D 5E oriented, as one might expect. I like "elf puns".

[UPDATE - I did this wrong before; this is the correct list]

CONCLUSION - it's clear that the largest audience grouping here is male American D&D players. The audience size itself has increased over the year month on month, exceeding half a million unique users each month. That's a lot of people! The most popular page is the front/news page (not surprising) followed by the D&D 5th Edition forum. Areas where I'd like to improve include more coverage of non-D&D games (lots of that coming this year with our paid freelance articles program to be run by Chris Helton) and a broader, more representative sample of visitors.

The largest behavioural grouping by far from regular visitors is folks who come along and read the news. That has always been the busiest part of the sites and continues to be.

"Lies, damn lies, and statistics." Sad truth, but I find all three to be sources of entertainment.

Although this article only included the third category, I certainly enjoyed it!

Interesting: I thought that I would be in a larger, or perhaps the majority, group by age. I am not. I am not in the top two. I don't know if I rate as a grognard, but the older I get....the older I get. Funny.

Staff member
I find it interesting that I'm not in the main demographic for the site. Of the three main things it measures (25-34 yr old male Americans) I'm only one of those things.

I can only conclude that we need more members of the female persuasion in here to balance things out a bit better. Kudos to the ladies that do stick around and put up with us men, your thoughts and input are much appreciated. .

Posters still tend to seem pretty grognardy. Could post a poll in the 5E forums...my guess is that the responses would be older. Hmm.

I've always though that the hey-day was going to be my generation (those born in 60s & 70s) and that it would die with us as well. I thought that computer games had killed table top games. I'm glad I was wrong and that the hobby is attracting younger gamers. I'm really happy from the social interaction perspective. Getting around a table spending time with friends is a really good thing.
Last edited by a moderator: Jan 6, 2017

Also being one of those 60s born gamers, I am pleasantly surprised at the increase in interest with the younger generations as well. The availability of this site to provide access to a play-by-post concept is definitely a contributing factor to the longevity of table-top gaming. When it was first suggested to me by another, i was skeptical. I now find that PbP is even better. It provides a common table over a world of distance.
B

Perhaps the new "Tails of Equestria" (My Little Pony rpg, 2017) will add a new age category for those younger than 18.

Thanks Morris, this is pretty cool!

Demographics are an interesting skew - because what's being reported is really the overlap in the Venn diagram of "Reads Internet Forums", "Likes RPGs" and whatever X demographic is.

Blue said:
Thanks Morris, this is pretty cool!

Demographics are an interesting skew - because what's being reported is really the overlap in the Venn diagram of "Reads Internet Forums", "Likes RPGs" and whatever X demographic is.
Click to expand...

Not forums, but the site as a whole. Traffic on the front page is much higher than that of the forums. So it's more "uses websites" than "reads forums".

More accurately, what's exactly being reported is "visits EN World in some capacity".
Last edited by a moderator: Jan 6, 2017
L

I'm in neither of the three major groups
K

Oh man..I thought I wouldn't cross over into the small group, but apparently i did. I'm in the 45-54. Oof...that stings.

I am very very happy to know that the large chunk of people are the ones who spend money on gaming books and will keep the hobby moving! Very encouraging!

I am glad to see the younger category shooting up. I'm in the not-as-younger category as noted above but I'm doing what I can to train the next generation. Apparently some of the rest of the crew is too.

I'm 44 & I started playing in the early 80s. I'm very pleased to see the growing younger demographic, as I would have assumed that my age group would certainly be the largest. Instead, there are two groups larger. That bodes well for the future of the rpg hobby & the next generation of rpg-ers.
W

I has been my anecdotal experience that table-top RPG's and LARPing were fighting a losing battle against MMORPG's and card games, especially Magic the Gathering. Every one of the few remaining hobby stores within a reasonable drive from me is completely dominated by kids playing Magic, and only carries a minimal amount of Actual RPG material.

I'm surprised News is the big draw. I go straight to the forums myself.

Psikerlord# said:
I'm surprised News is the big draw. I go straight to the forums myself.
Click to expand...

Must people don't delve into the forums of news websites. I visit a dozen news websites every day (different topics - world news, tech news, movie news, etc). On all of them I visit the front page, skim it for news articles which interest me. I don't even know if those sites have forums!