Tooday Tuesday, at 7pm GMT (2pm Eastern) will be the second episode of AGAINST THE DRAGONLORDS a livetreamed classic Dragonlance campaign! Watch live on Twitch or catch up later on YouTube or podcast.

Last week our heroes met in the town of Solace, before fleeing the Seekers, goblins, and mysterious 'draconians', who all seek Ioannis' strange blue crystal pendant, into the haunted Darken Wood. What will happen next? Find out later today! 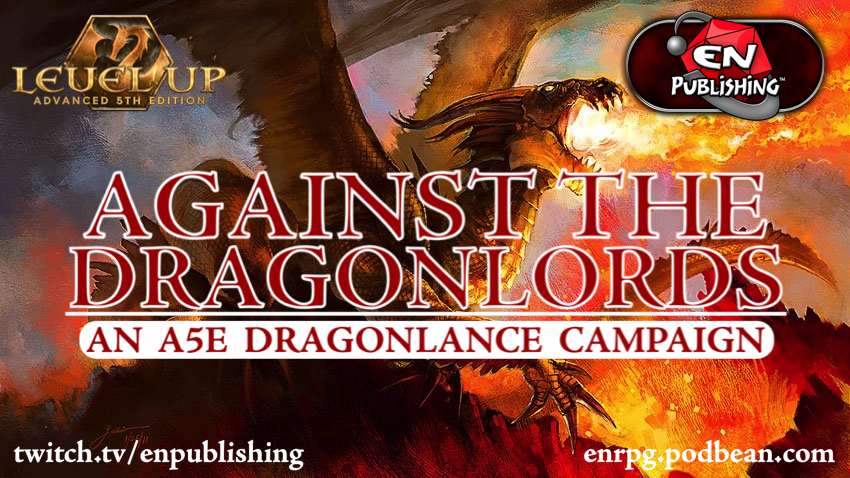 Is the first episode on YouTube yet? I can’t seem to find it on the channel.

EthanSental said:
Is the first episode on YouTube yet? I can’t seem to find it on the channel.
Click to expand...

Nor I; Twitch only it would seem.

EthanSental said:
Is the first episode on YouTube yet? I can’t seem to find it on the channel.
Click to expand...