Supporter
This an offshoot of a conversation I was having with @Hurin88 on another thread. Hurin (and several others) were wishing for the days of published adventures that were meant to cover three or four levels--something in between a one-shot and a full campaign. I mentioned that several of the AL seasons included series that could be strung together to form the kind of arc they were wanting, and as an example, I mentioned DDAL04-02 through DDAL04-04. I'll cut and paste my description of the story arc below.


(DDAL04-02, "The Beast") The PCs arrive in a small town in Barovia, where they are asked to find out what happened to a husband-and-wife pair of fur trappers who are missing, with a massive winter storm due to roll into town soon. Investigation reveals that the pregnant wife killed her husband in self-defense after he learned that their baby would inherit her lycanthropy and attacked her. They probably have to fight the wife when she loses her hold on her humanity and reverts to wolf form.

(DDAL04-03, "The Executioner") When the PCs return to town, they encounter a mysterious man who is searching for a particular wooden box. After a few encounters, they realize this is the fur trapper, who has been raised as a wight and given a hat of disguise to conceal his identity. This leads to a showdown with the trapper and his ghouls, but the question of who raised him and why is not answered.

(DDAL04-04, "The Marionette") The PCs meet the local healer, a formerly wealthy woman who lives in a decrepit mansion on the edge of town. Then they are summoned to a meeting with the burgomaster, as a Vistani fortuneteller has mentioned their names during a reading. They are invited to participate in a dream ritual in which they travel back in time to when the mansion was in use and meet the healer's daughter, a child who died several years before. When they come out of their trance, they are asked to rescue a local girl who has been kidnapped by the healer. They must enter the mansion, where the healer is attempting to transfer the soul of her dead daughter into the kidnapped girl, and rescue the girl before the ritual can be completed. Afterward, they learn that the box was an artifact traded by the healer to a mysterious benefactor in return for the knowledge of the soul-transfer ritual, and the healer raised the fur trapper to act as her agent in finding it.
I haven't read or played all of the AL adventures, so I thought I'd start a thread where people could list some of the other mini-arcs for the benefit of people who might be looking to drop that sort of thing into their home games. Can anyone else suggest (and perhaps summarize) groups of AL adventures that make similar arcs?
Last edited: Jun 17, 2020

From what I remember of the first few years of AL play is that before Season 4, there were no direct connections from one scenario to the next and they could be played in any order. After Season 4 more of these connected arcs started appearing. And I think all the scenarios published by Baldman Games are done in arcs of three or four.

I played in DDAL-09 Escape from Elturgard at a convention. Since it was written as four one hour mini-adventures for level 1 or 2 characters, we could level up once between mini adventures if we started at level 1 and then once more after part four to get to level 3. It was an excellent adventure btw.

Is this the kind of thing you are looking for?

Im one session short of finishing dming for my players DDAL-EL series Embers of the Last War set in Eberron. All available on the dmsguild. It has 12 11 parts plus a prequel, they are meant to play as an ongoing story. They are generally well done. My players have had a blast and since they are designed for AL play you can play each part as a single session. My players like roleplaying so it has taken a little bit longer to finish. In two weeks we play the end of the series and it will be session 15. The series takes players from lvl 1 to lvl 10 so there is a speedy progression. I encourage fans those who like Eberron at least to take a look at it. The vast majority of the series takes place in Sharn so its a very urban adventure. 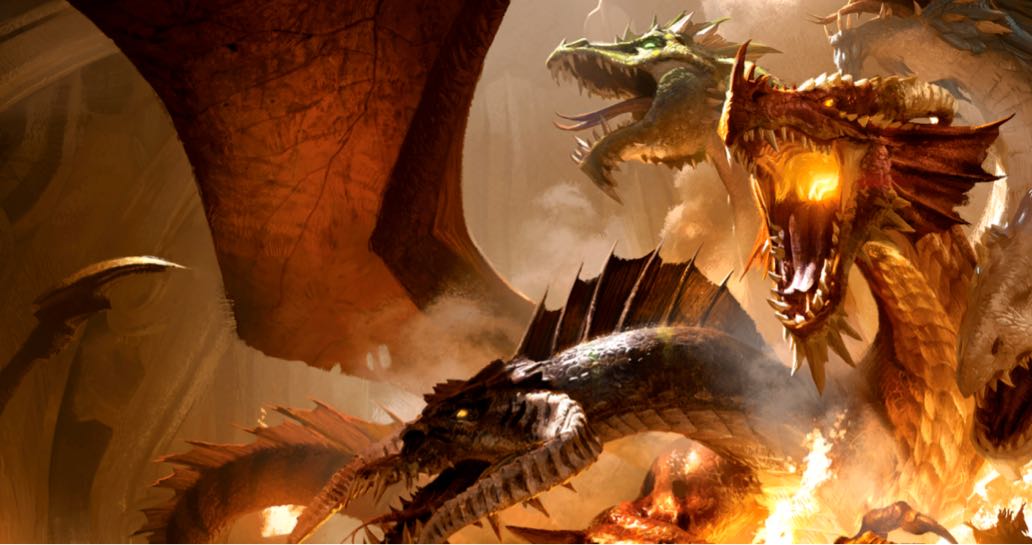 Learn more about Eberron: Rising from the Last War from Dungeons & Dragons.

Edit: So I don’t know if you guys would consider this mid size but is way shorter than the published Adventure paths.

Thanks for posting this, Jayoungr.

I am indeed looking for adventures that are roughly the length of earlier edition modules, such as Master of the Desert Nomads (level 6-9) or Keep on the Borderlands (levels 1-3). I'm calling these 'intermediate adventures', which I define as substantially more than one session's play, but less than a full campaign/adventure path.

In my experience, a lot of the CCC-designated adventures form their own distinct arcs across three adventures or so.

Enevhar Aldarion said:
I think all the scenarios published by Baldman Games are done in arcs of three or four.
Click to expand...

Is there an easy way to find the Baldman Games scenarios?

jayoungr said:
Is there an easy way to find the Baldman Games scenarios?
Click to expand...

I think this search gets most of them. Not sure if it’s all of them.

darjr said:
I think this search gets most of them. Not sure if it’s all of them.
Click to expand...

Looks like they basically all have "BMG" in the title?

Here's another series I've been eyeing, although I haven't had a chance to read/run/play it. Looks like they're for levels 8-10 or so: DDAL-DRW01 Breaking Umberlee's Resolve - The search for a missing young woman kicks off a treacherous journey on the Sea of Fallen Stars. A Four to Six-Hour Adve DDAL-DRW02 Blood in the Water - An exploration to the underwater city of Myth Nantar leads to a conspiracy, a mystery, and aheist. A Four-to-Six Hour Ad DDAL-DRW03 Saving Silverbeard - Powerful elements collide in the wake of the attack on Myth Nantar. The conclusion to the haunting sea-faring tale on th

There is the Lost City Of Mezro séries on DMs Guild.


This series is a really good start to a campaign. Some need tweaking (like Chemlimber's Descent, which isn't uncommon for AL modules) but overall it's a really nice arc with lots of non-combat options and interesting combats.

Since it begins with the players in a desert, I was starting to put together a "badlands" mini-sandbox campaign with The Sunless Citadel on the edge of the desert. The players would start there and then make their way to trade outpst of Vuerthyl (where the adventures begin).

GlassJaw said:
This series is a really good start to a campaign. Some need tweaking (like Chemlimber's Descent, which isn't uncommon for AL modules) but overall it's a really nice arc with lots of non-combat options and interesting combats.

Since it begins with the players in a desert, I was starting to put together a "badlands" mini-sandbox campaign with The Sunless Citadel on the edge of the desert. The players would start there and then make their way to trade outpst of Vuerthyl (where the adventures begin).
Click to expand...

ArwensDaughter said:
There is the Lost City Of Mezro séries on DMs Guild.
Click to expand...

I forgot those were AL adventures! You're right, they're probably exactly the kind of thing the OP is looking for. It's a set of four arcs of three adventures each, set in Chult after the events of Tomb of Annihilation, which can be played individually or strung together into a full campaign. You can even buy the full collection in a PoD hardback book, if you wish! Lost City of Mezro - UNLOCK THE SECRETS OF THE LOST CITY! While the people of Chult suffer under the dreaded death curse, a force of darkness

Or you can purchase each arc individually: The Risen Mists - A DOMAIN OF DARKNESS, DISCORD, AND DREAD In search of a lost ally, an adventuring party journeys into the heart of a reg Maze of Shadows - DESTINY AWAITS THE COMING OF THE STORMREAVERS A force of darkness and corruption seeps into the jungles of Chult, defili


Burnside said:
This is a continuous story arc for levels 1-4:

This is a continuous story arc for levels 5-10:
Click to expand...

Could someone who has run/played these give a brief summary of the storyline?
Last edited: Jul 2, 2020


Could someone who has run/played these give a brief summary of the storyline?
Click to expand...


I ran several of them and did reports here:
5E - AL Season 5 without AL

D&D General Chekhov's Gun and the Hickman Revolution- What Type of Campaign Do You Run?
2 3 4