The Ice Age is Coming!

Bring the Ice Age to your campaign with this setting set in a prehistoric world where humanity's future hangs by a thread. This setting offers three modes of play (Brutal, Gritty, and Fantasy) that changes what classes, species, and spells are available. You can purchase it here. 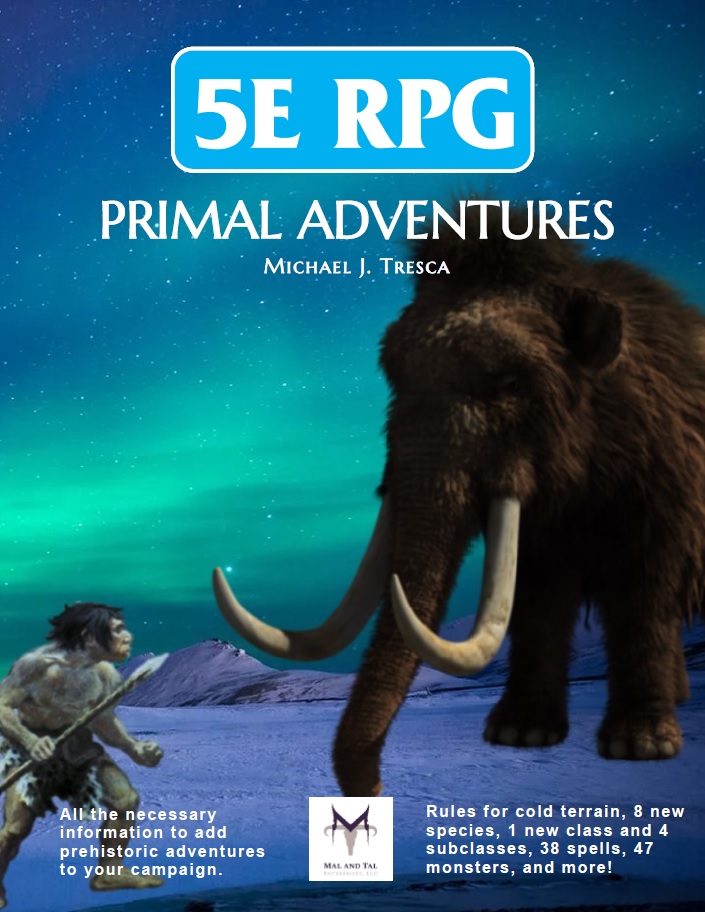 In a Brutal campaign, play as a caveman (trog) or one of the humans (tlavatli) as glaciers drive a great migration from colder to warmer climes with no resources but your wits, your tribe, and your spear. In a Gritty campaign, ride with the wolves as a primal halfling or dig out from the hills as a primal dwarf, where only druids and rangers wield magic. Or play in a Fantasy campaign where dinosaurs, Greek myths and Lovecraftian horrors mingle in the forbidden lands of Hyperborea, Lemuria, and Atlantis.

So grab your spear and gather your tribe. Will you make history ... or go extinct?

Kickstarter The Crystalpunk Campaign Setting, a Magic-Fueled Future for 5e