From Larian Studios, the makers of the brilliant Divinity rpg franchise:

Remind me not to turn into a Mindflayer any time soon.

Istbor said:
Remind me not to turn into a Mindflayer any time soon.
Click to expand...

Here, I've enchanted this friendly mollusc to whisper a reminder to you on a regular basis. Just set him down next to your ear canal and he'll take care of you. 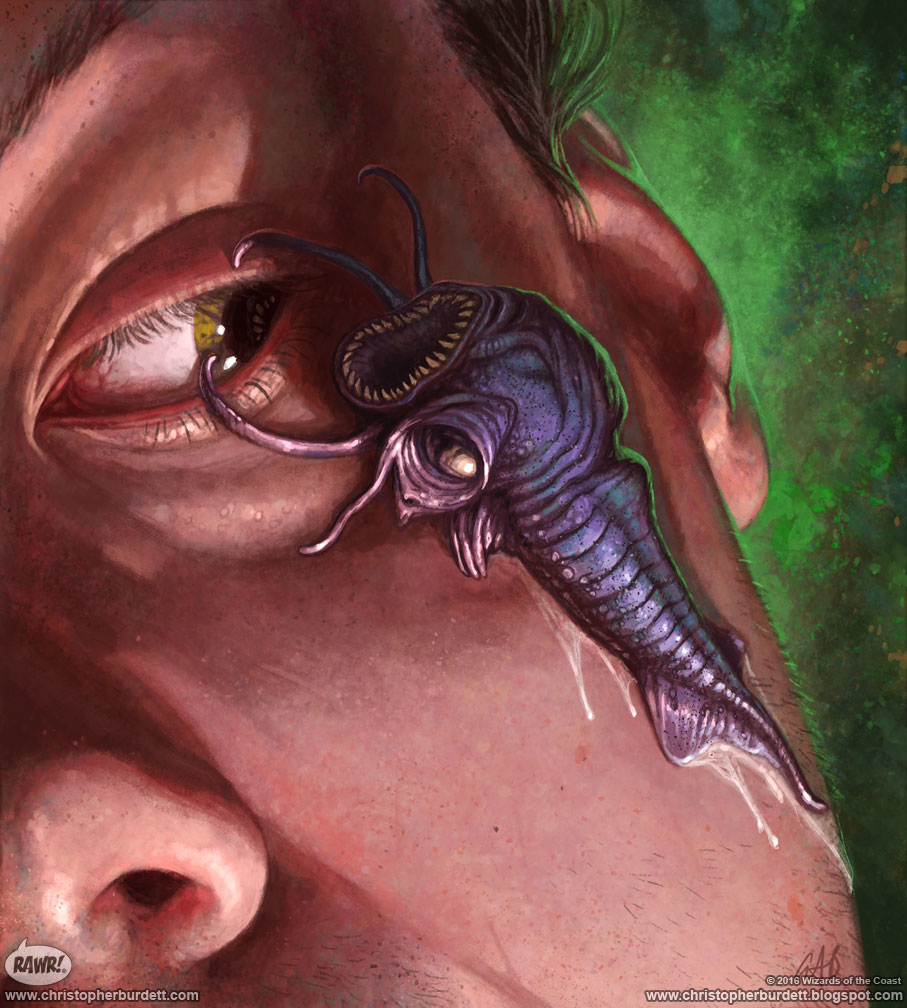 Swen Vincke: After the first Divinity: Original Sin, I flew to Seattle to pitch the idea of Larian making BG3 to Wizards of the Coast [publisher of Dungeons and Dragons]. They didn’t immediately buy it, but they did listen to us, and to what our vision for the game would be.

Time went by, and we kept bumping into each other at trade shows and player shows. At some point I got a message from Nathan Stewart [director of strategy for Dungeons and Dragons], and he said “do you still want to do this?” And so I said “yeah, of course I still want to do it!”

He invited me to go have dinner in Seattle. He had a PowerPoint that he wanted to present to the board [of Hasbro, who own Wizards of the Coast] on why it would be a good idea for us to make this game, and he remembered all the stuff that I’d told him. And that was that, the board said yes, and we started working on the story together with Mike [Mearls, creative director of D&D and co-creator of its current edition]
Click to expand...

True to the series, it's an RPG in which you control a party of heroes with their own backgrounds and motivations. It's possible that there will be an origin stories system inspired by Divinity: Original Sin 2. In BG3 these may act as a videogame equivalent of a D&D character sheet. "I thought the origin stories were a really good addition to the RPG genre," says Vincke. "like we did them, and it would be strange if we went back on that."

Vincke suggests the game will be heavily systems-driven and Larian will be creating its own D&D-inspired ruleset. "We'll stay true to our roots, so we'll give players lots of systems and lots of agency to use these systems and try to accomplish what you need to on your personal adventure and your party's adventure. That's not going to change; that's the core of what we're doing. But then there will be an interpretation of D&D, because if you port the core rules—we tried it!—to a videogame, it doesn't work."

Larian is teching up and staffing up to try and do justice to the Baldur's Gate legacy. "We've invested heavily in tech on this," says Vincke. "We're building it ourselves, we're not licensing Unreal or whatever. It's heavily upgraded. This is our biggest game—we've got around 200 people working internally on it, and we've got about 100 people externally."
Click to expand...

2nd thread on this

CapnZapp said:
2nd thread on this
Click to expand...

Are you referring to this?
https://www.enworld.org/forum/showthread.php?659872-News-Digest-Magic-The-Gathering-TV-Series-Announced-Baldur-s-Gate-Video-Game-Tease-UK-Games-Expo-Controversy-and-more!

That's in the tabletop rpg forum, and the monster title meant that it never caught my attention.