Publisher
I'm planning on launching a Kickstarter in about a month to compile and expand on the seven hexes in the Basilisk Hills cluster from the Populated Hexes series. There will be three options to back: the compiled existing seven hexes (about 150 pages), almost one hundred new, broadly filled out hexes (another 150 pages), or the existing compiled along with the new, to create a hexcrawl location about the size of Puerto Rico.

For those of us not familiar with the Basilisk Hills, can you expand a little on what we might find there?

I clicked on the description and all it said was coming soon and click here to be notified. Is there a version for 5e or just OD&D?

Here's one of the other projects by this creator to give you some more ideas of what this might be about; Into the Wild

Publisher
Sorry about that. This is my first time doing the Kickstarter preview page (acting on Morrus's advice) and I'm still getting used to the interface. For a couple of years now I've been producing a series of hexes in the Populated Hexes series, written for Necrotic Gnome's Old School Essentials. Each hex in the series is about 25-30 pages of content, with about half being a 6-mile hex broken down into smaller 1.2 mile hexes and populated with features and lairs. The rest of the books is supplemental stuff to expand OSR-style games -- the Appendices add more race as class options, rules to create magical items and spells, creating constructs, etc.

Here's a sample page from one of the books: 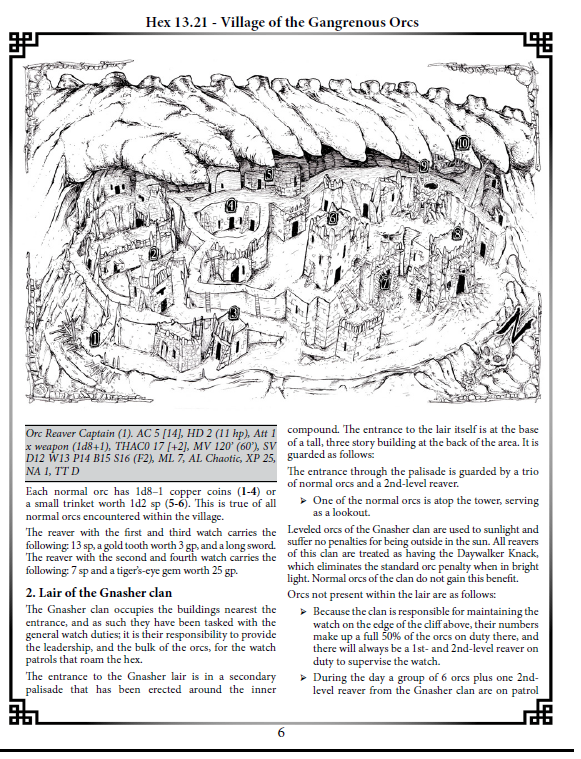 The hexes are designed to be used either by themselves, but they're produced in "clusters" of seven hexes -- a central hex and the six surrounding hexes -- so they can be used individually as single hex encounter locations or as mini-sandbox locations. As part of the Kickstarter I will be compiling the seven hexes of the Basilisk Hills cluster into a single book/pdf, but I've also got nearly one hundred additional hexes that detail the surrounding terrain in broad strokes. Those will look like this: 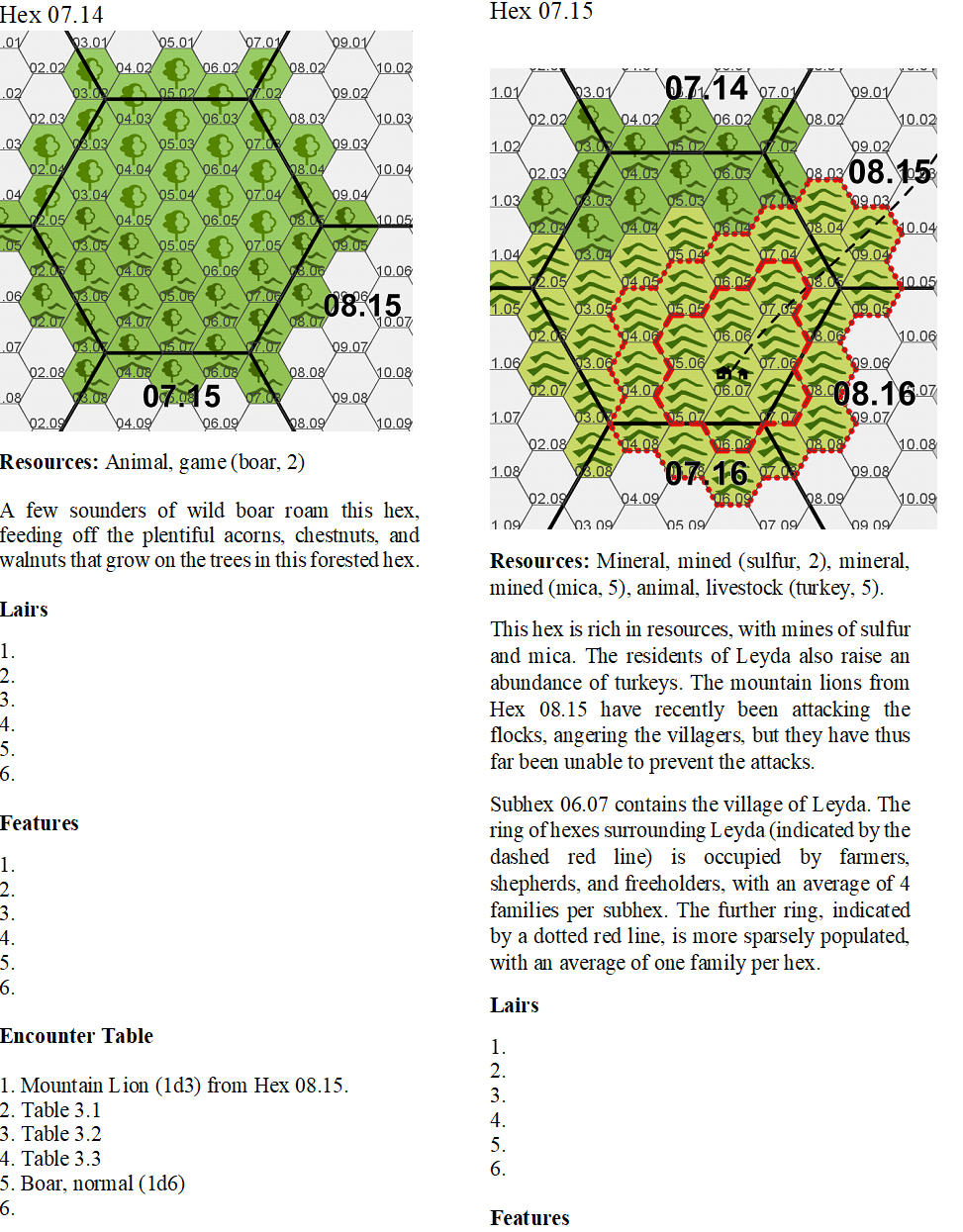 Publisher
In preparation for the upcoming Basilisk Hills Compiled Kickstarter I've put one of the hexes that will be included in the book on sale for 75% off (a mere 74 cents!): Hex 15.21 -- The River's Source - Hex 15.21 is another hex in the Basilisk Hills hex cluster, featuring the source of a river and the spirit that dwells w

Man, if these were 5E I’d be all over them! I don’t have time to convert things anymore, but I enjoy me some hexes! I love old school adventures with new age rules. (Running Isle of Dread 5E right now)

thundershot said:
Man, if these were 5E I’d be all over them! I don’t have time to convert things anymore, but I enjoy me some hexes! I love old school adventures with new age rules. (Running Isle of Dread 5E right now)
Click to expand...


I've thought about adapting them to 5e, but I don't have the system mastery of 5e to do it. Additionally, there's a bunch of supplemental stuff in the hexes that would be pointless to adapt to 5e (OSE uses race-as-class, so a fair amount of the supplemental stuff is new classes, spells, etc).

Publisher
The Kickstarter is now live. 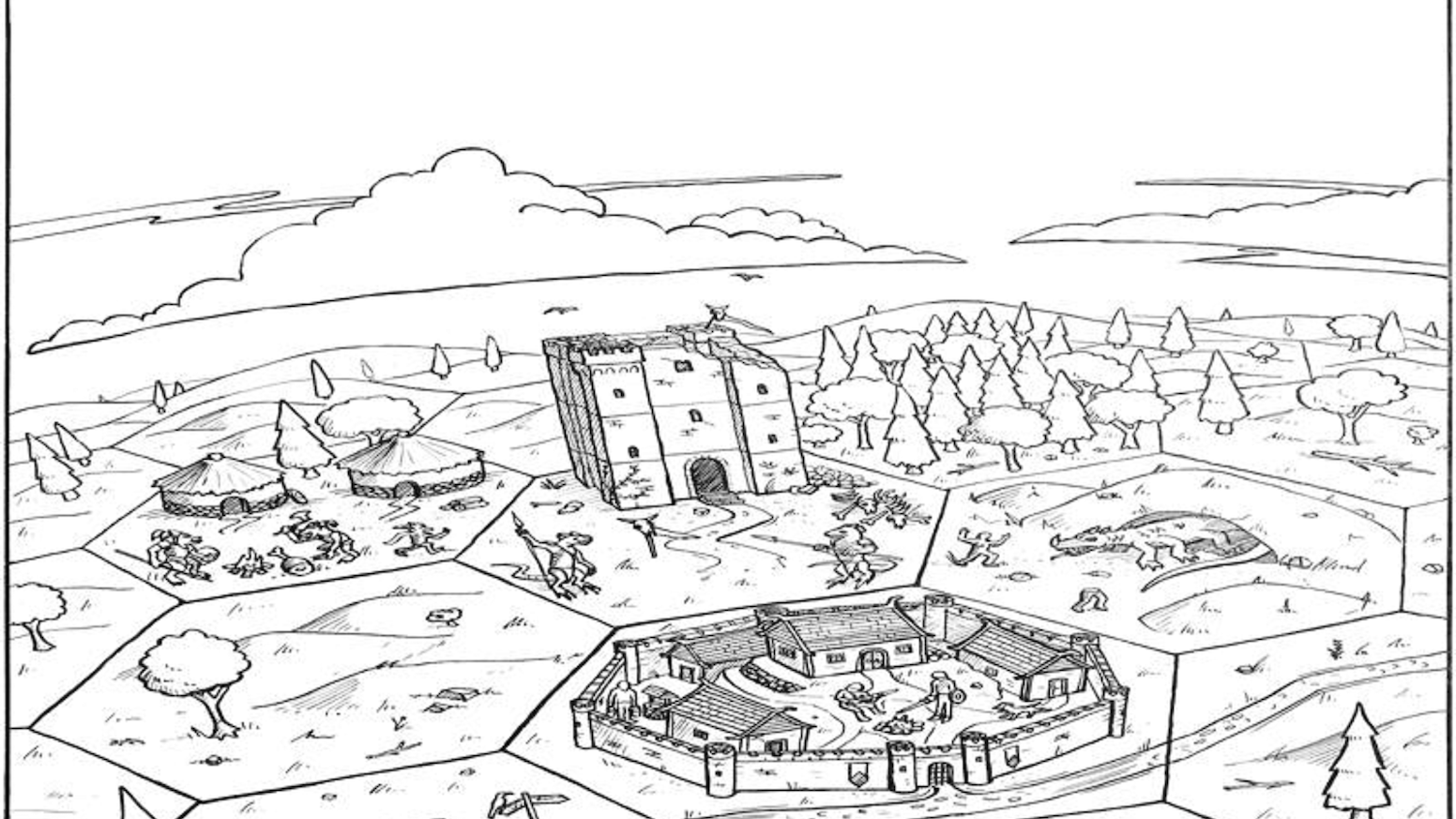 An open-sandbox adventure region for use with old-school gaming

Publisher
Got the first rough draft from one of the artists (Adrian Barber): Ankheg and Black Hag. 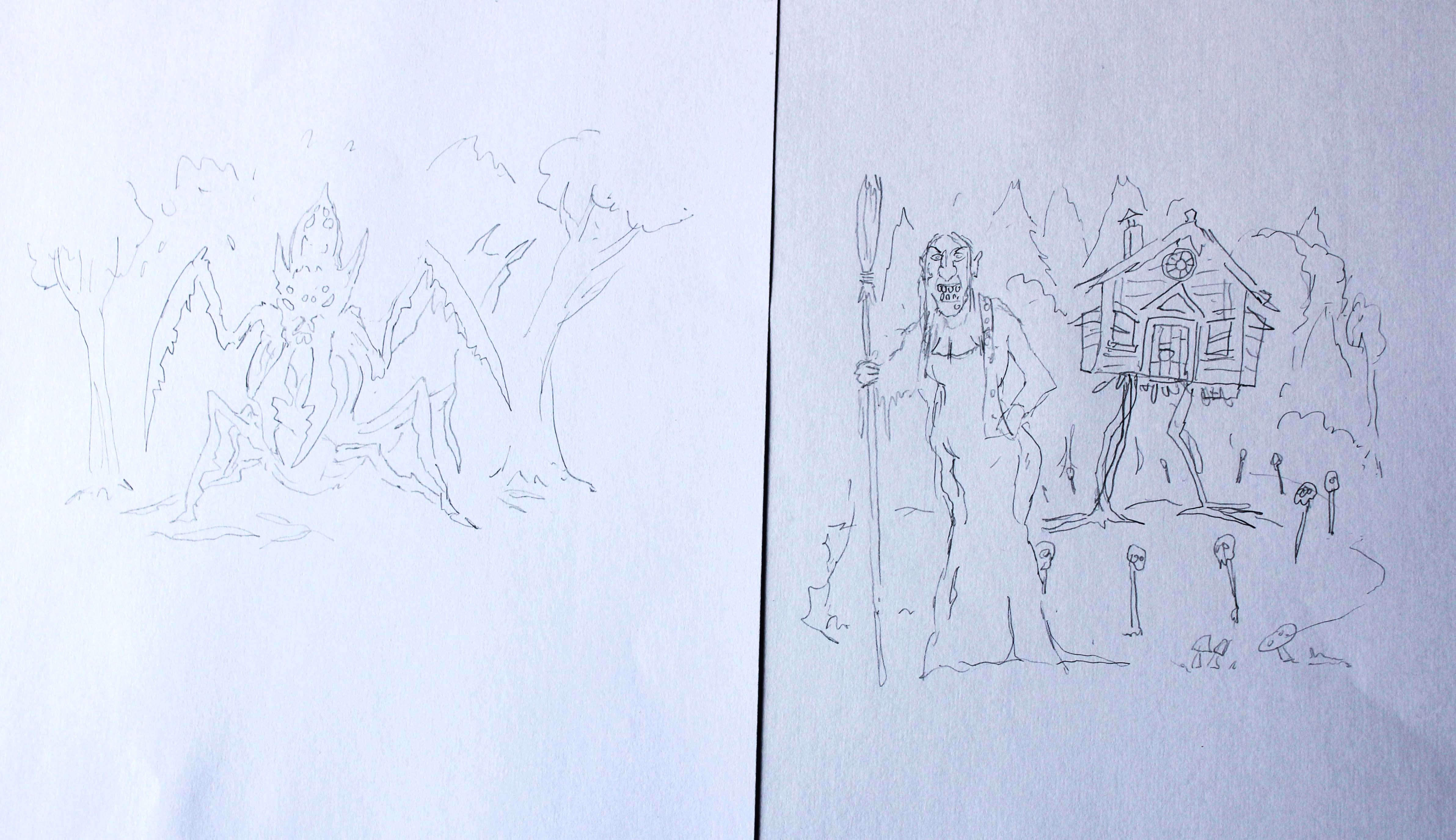 Publisher
Second update is out, sharing some of the commissioned art that is already starting to come in: 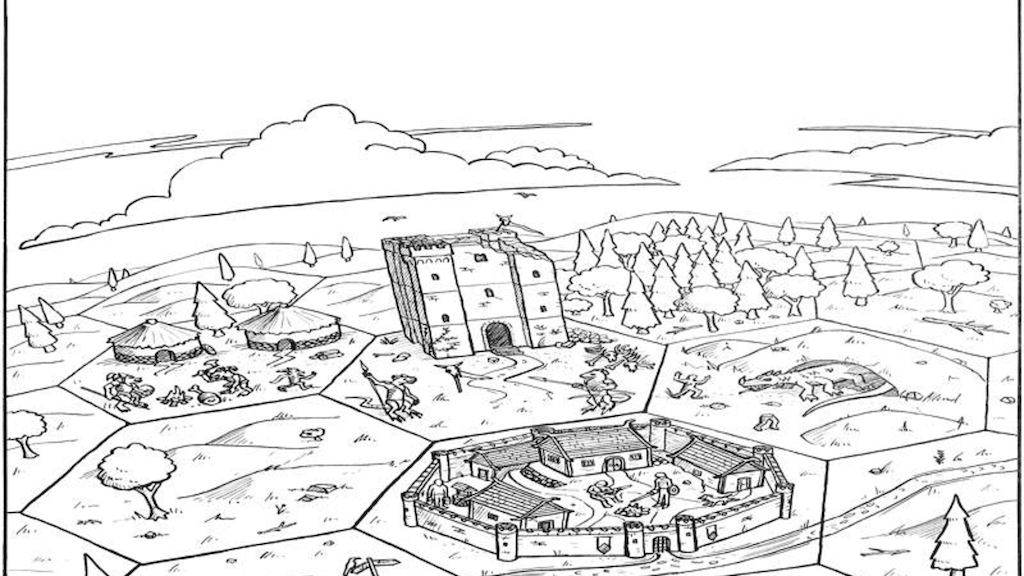 We're heading into the fourth day of the Kickstarter and only 1,300.00 away from the next stretch goal. Finished art has already started to come in, and I wanted to go ahead and share some of the art, as well as a couple of the dungeons that are in the Supplemental book (they had already been...

Publisher
Third update, a week in, sharing some of the initial art sketches that are coming in already:

A little more than one week in and we're less than 1,000.00 away from the second art stretch goal. The initial round of art is still coming in. I've got commitments from all the artists for what they're doing for this round, but as everyone works at different speeds I'll be getting the final...

Publisher
Update from the midpoint, sharing some more art that has come in and a status report (still on schedule!):

We've reached the halfway point of the Kickstarter, and are inching towards the second more art stretch goal. I'm hoping we can reach 7,500 by the end of the Kickstarter so I can include a dozen blank dungeon maps that can be added to the region as desired by Referees! More art has been coming...

That Black Hag has a familiar house.
Good stuff, thank you for sharing! Good luck with the kickstarter!!

Publisher
One week left in the Basilisk Hills Compiled Kickstarter and we just hit the second "more art" stretch goal, which means ten more illustrations for the Supplemental and Ultimate books!

An open-sandbox adventure region for use with old-school gaming

Publisher
24 hours left to go, and we're within striking distance of the third stretch goal . . .

Will the book be available on drivethru?

SPECTRE666 said:
Will the book be available on drivethru?
Click to expand...


It will. I'm sending the files in for layout at the end of this month, and they should be up on Drivethru by mid-November, assuming the print proofs go okay.