BEAM ME UP! An Awfully Cheerful Demo!

With literally just 4 hours left in the Kickstarter, you just about have time to watch this demo of BEAM ME UP, and then back The Awfully Cheerful Engine!

These are the voyages of the starship FSS Brazen. Its continuing mission: to recklessly go where plenty of people have probably been before… and hope a major interstellar incident isn’t sparked in the process. In this highly illogical adventure for the ACE! roleplaying game, you’ll explore frontiers you never thought you had. 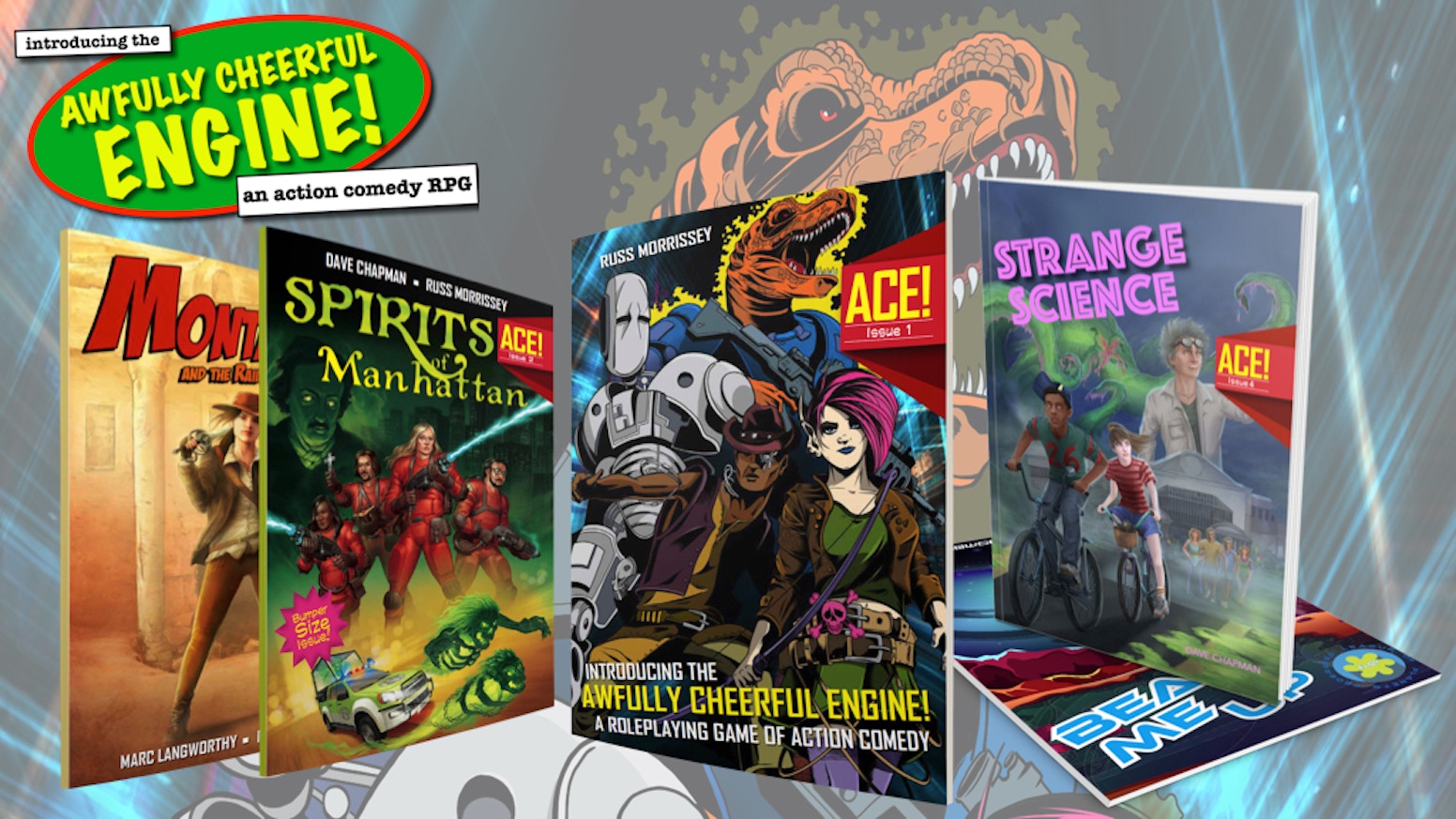 This one-shot demo of the Awfully Cheerful Engine! is run by Morrus, with players Sara, Bez, Matt, and Quill!

Congrats on an excellent KS campaign!

Yes, congratulations! Looking forward to reading mine after my game tonight!

Beam Me Up: An Awfully Cheerful Preview

The AWFULLY CHEERFUL ENGINE! Is Here!

The Awfully Cheerful Engine! Unlocks Orcs & Oubliettes and BITE ME!