Besides D&D, what are you playing?

Morrus said:
I've played it, It's superb. The stress mechanic is amazing. It's second only to Dread in building tension.
Click to expand...

We only have time for one RPG, so D&D it is. However, we play just about every board game and card game we can get our hands on, along with video games. We also frequently subscribe to WoW, but are on a hiatus right now while we are in the midst of buying another house/moving/selling our current house. This lockdown, though, is having us question this decision.

The Green Hermit said:
We only have time for one RPG
Click to expand...


However, we play just about every board game and card game we can get our hands on, along with video games.
Click to expand...


Maybe I should have said "mental capacity" instead of time. Lol! Nobody else in the house is willing to DM and I'm not about to start another game while we're still in the midst of this one.

We do a kind of rotating GM thing. We'll be pausing our 5e game soon to go back to WEG Star Wars for a while.

Greatwyrm said:
We do a kind of rotating GM thing. We'll be pausing our 5e game soon to go back to WEG Star Wars for a while.
Click to expand...


I am interested to know if you are using the anniversary edition\1st edition, or the later edition stuff with the expanded rules.

univoxs said:
I am interested to know if you are using the anniversary edition\1st edition, or the later edition stuff with the expanded rules.
Click to expand...

Mostly the old 1e stuff, but the GM has some of his own house rules he's adapted over the years. We basically use the Top Secret S.I. wound system, for example.

HERO and Genesys are my go to games.
D&D is the only non universal system I play.

Lord Mhoram said:
HERO and Genesys are my go to games.
D&D is the only non universal system I play.
Click to expand...


how is genesis? did you try Fate?

PabloM said:
how is genesis? did you try Fate?
Click to expand...


I did try fate (in the form of the Dresden Files RPG). I just couldn't get into it - just didn't fit what I wanted in an RPG I think. It looks to be a fantastic system... just not for me. I think the Aspects and fate point economy just was too different from traditional approach for me.

Genesys really works for me. Character building is fairly traditional (stats, skills, "feats") but the die rolls give narrative ability when rolled. There are 3 different axis the dice can have results in - Success/Failure, Benefit/Complication and Special benefit or special complication. So you can succeed, but end up in a worse place, fail but have good things happen - (both success and benefit can be cancelled by their opposites). The Special success or failure cannot be cancelled - so they are an extra level. And if you roll special advantage and special complication you get both - and the player (or players, or both and GM) figure out the narrative effects of what came out.

I'm either playing in or running a handful of campaigns using the Dungeon Fantasy Roleplaying Game powered by GURPS. I'm helping a friend playtest some material for 5e. I'm interested in playing ALIEN.

gepetto said:
How is alien?

Theres a guy here in town that just started up a game looking for players and I was thinking of trying it. I love the franchise, havent heard much about the mechanics though.

Oh and other then my Hunter game I just bought a strategy game called age of wonder planetfall thats taking up my free time during the corona vacation.

Mechanics work REALLY well in theme. Simple to run, plenty of inspirational materials.
Plays well. There's a whole thread on it here at Game Design Masterclass: Alien
You can find my posts on RPGGeek in the "How DId Your Session Go" lists.

The one active campaign where we have gotten a few sessions in:

* Vampire: the Masquerade 5e. We tried playing it through Astraltabletop last Friday. That worked surprisingly well, but you need to do a lot of prepping for it to work.

We were just about to start a campiagn in Fate Accelerated (God & Monsters), and we have had one character-generating session. We might be playing that through Astraltabletop today. Not entirely sure.

Normally we gather up all 8 players and play at the home of one of the guys, but now with a certain panedmic, we should do what we can for social distancing.


Campaigns on hold atm (and that will be played again):
* Scion 2e. The GM took a break from GM'ing due to burnout, but hav started writing on it again.

* Star Trek Adventures - Same GM as above, but that was much easier for him with premade adventures. Just had a few sessions, and it works well as a filler-game for when we can't do the scheduled game.

Campaigns on hold, that are way less likely to ever start again, for various reasons.
* Star Wars - Force & Destiny. We might actually have finished that campaign.

* Legend of the Five rings

* Drakar och Demoner Trudvagn (though we used GURPS as a system. That was a mistake)

And probably forgetting other campaigns 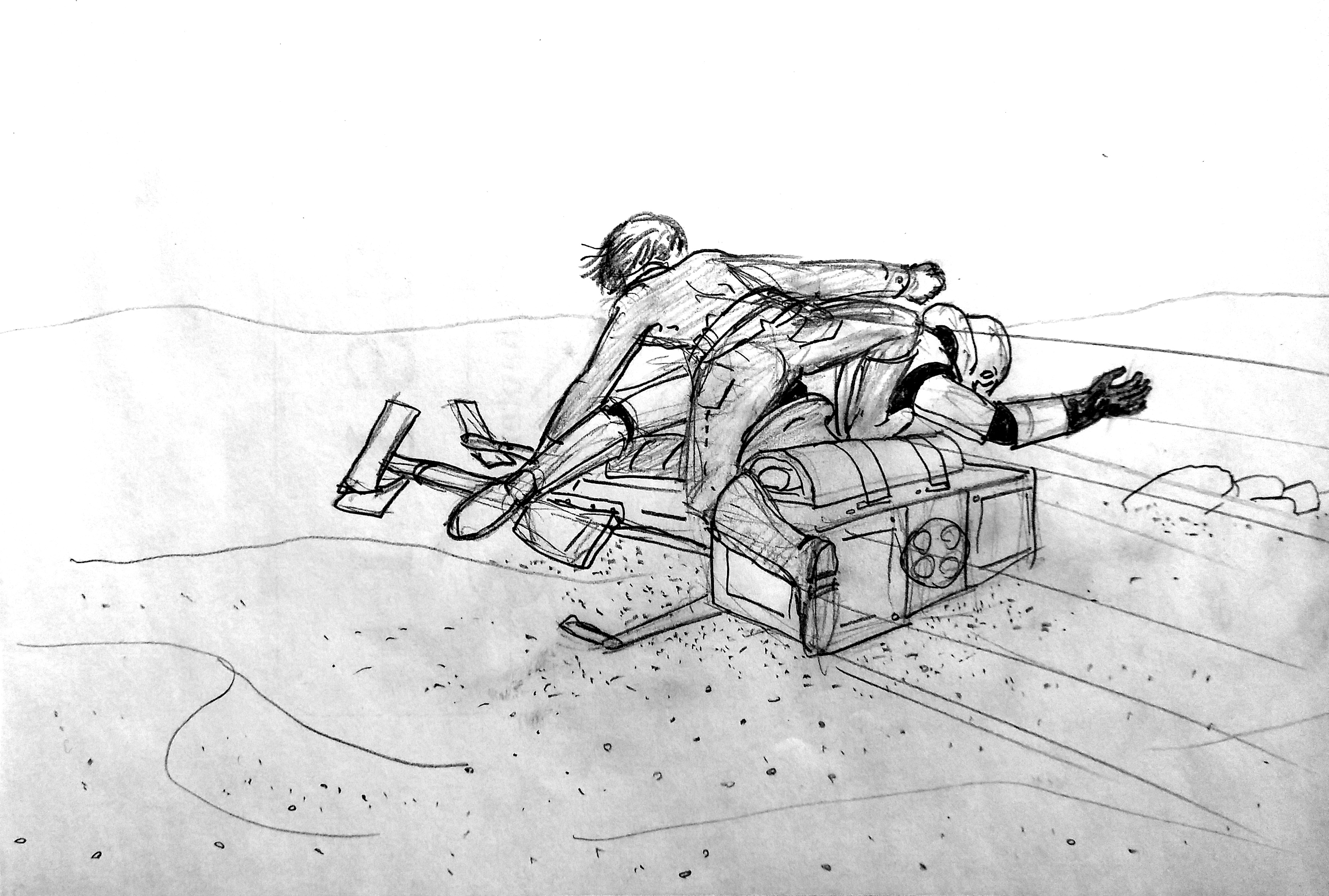 I don't currently play D&D and haven't for quite a long time. The last time I did was during 5e playtest.

Currently I'm running a Nobilis campaign. I have also recently ran two Pathfinder adventures and would have ran an Exalted adventure if not for the lockdown. Last but not least, I have ran two short Maze Rats sessions for my kids (9 and 5).

aramis erak said:
Many would count PF as D&D... many count a wide range of OSR games as D&D as well.

Not claiming you're wrong, just pointing out that playing a game that shares 99% of the tropes and abut 50% of the mechanical elements as a D&D edition is like saying, "I'm not using an 586 computer" when you're using an AMD k5 cpu.
Click to expand...

I'm running a few systems that function about as well as an Intel x86 processor.

aramis erak said:
Many would count PF as D&D... many count a wide range of OSR games as D&D as well.
Click to expand...


And some people go so far as to call every TTRPG "D&D", even when talking about a game that clearly isn't D&D even if it is being used for pseudo-medieval fantasy. I actually got annoyed with the GURPS group I was once part of when the GM called it D&D to explain it to people asking (we were playing in a brewery).

Anywho, onto the question. I'm not playing or running anything right now. Currently working on generators either for games I want to run soon or that I just haven't done work on the generator in a loooooong time.

We have been playing Dungeon World on Roll20. I really like it, but I need more practice.

It's still pretty aggressively informal at this point, since I'm not anticipating being able to start until 2021 (and who knows how much more delay there will be due to coronavirus). But, basically

-Make characters and design the village using the playbooks.
-Convert characters to broadly use 5e rules. 6 classes (Warrior, Rogue, Mage, W/R, W/M, R/M). The playbook gained features provide an extended background that guides skill choices and special class features. I have a bunch of rules modifying the 5e core, probably beyond the scope of this post.

I am actually looking for an alternative to 5E for a somewhat gritty fantasy sandbox campaign, so let me know if you have suggestions. It doesn't have to be D&D related but it should be a traditional RPG that's medium crunchy and tracks XP.