Release [Chaosium] 'The Rattling Wind', a preview chapter from RuneQuest's forthcoming Pegasus Plateau will be released in honor of Greg Stafford on Oct 10 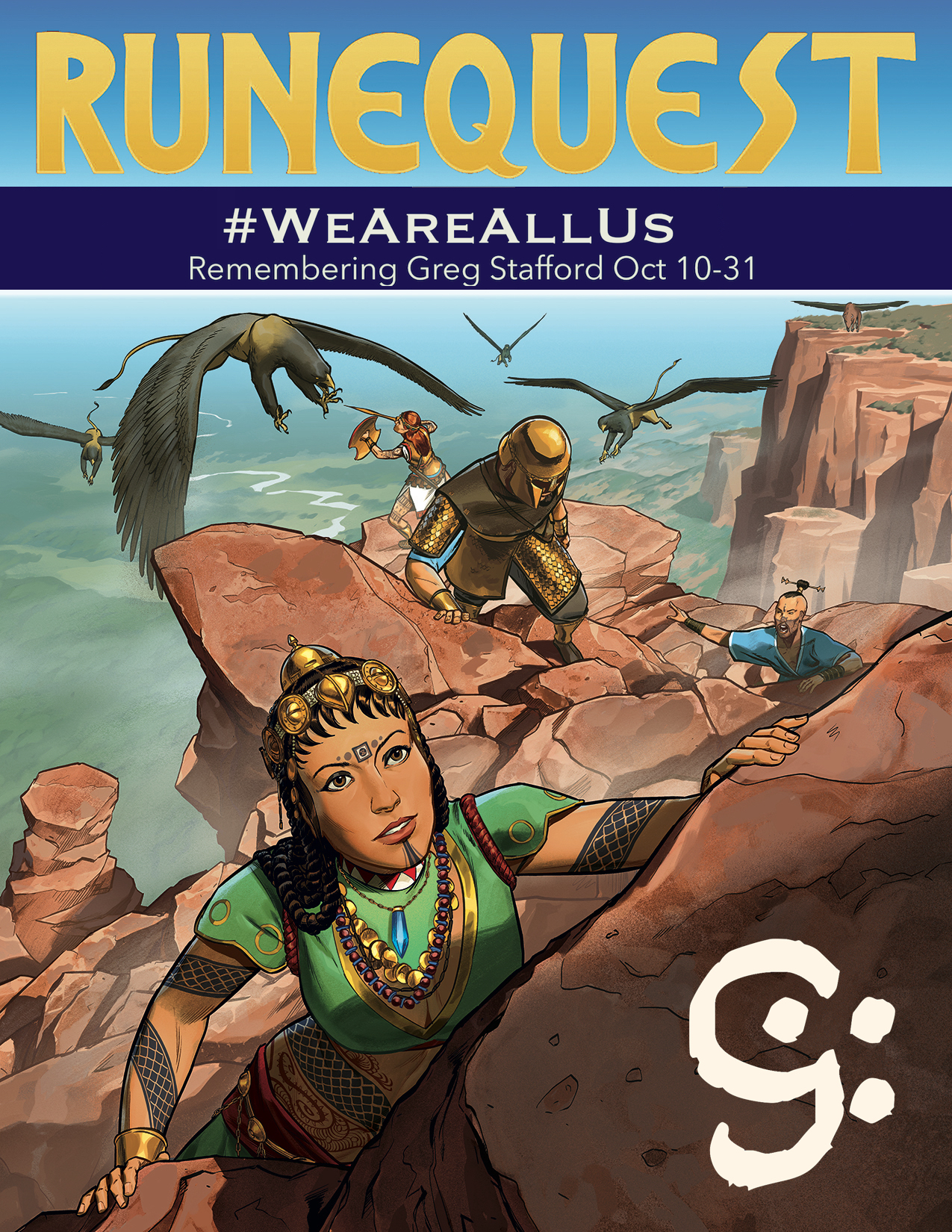 OCTOBER 10 marks the first anniversary of the passing Chaosium founder Greg Stafford, the 'grand shaman of gaming'.
To honor his legacy and with Greg's family's blessing, we encourage Chaosium fans and gamers in general to play a tabletop game from October 10 to October 31 in remembrance of Greg. And to that end, we're releasing a set of new free adventures for all our major game systems that you can play. So far, we've announced scenarios for 7th Sea, Call of Cthulhu, and King Arthur Pendragon.

The world of Glorantha was Greg's creation in 1966; and is now one of the oldest, most detailed, and most influential roleplaying settings ever published. On October 10 we'll be releasing a preview chapter from The Pegasus Plateau & Other Stories, a forthcoming RuneQuest: Roleplaying in Glorantha adventures anthology.

"The Rattling Wind" is a brand new RQG adventure by Helena Nash, suitable for four-to-six new or moderately experienced adventurers.

A small Sartarite down lives in fear, for the darkness brings with it the Rattling Wind, a mysterious horror that leaves mangled corpses, their faces wracked with terror. Caught in town as night falls, the adventurers must contend with this grim foe... or be crushed in its wake!

What better way to honor Greg Stafford's legacy than getting your friends together and playing a tabletop game in remembrance of him! #weareallus