Do you remember your first RPG purchase?

PaulBaldowski said:
I suspect that my first purchase with my own money was probably the first Book of Dragon Warriors in 1985.
Click to expand...


I'd been into the Fighting Fantasy series ever since the Warlock of Firetop Mountain (I was eight when I got it). I'd initially thought that Dragon Warriors was another such book series when I bought it at age 11. A few months later I got WFRP 1e as a christmas present.

I was well into my teens before I even saw a copy of D&D and was actually less than impressed to the point of thinking it overhyped...

My brothers and I bought dad the Holmes box set but ended up using it more often than he did. For myself, it was either Dungeon Geomorphs or a Runequest adventure that confused the hell out of me.

1e AD&D Players Handbook. I bought it at WaldenBooks at the closest mall to home. Then I got the keys to the car from my mother and just sat out in the parking lot reading it (and avoiding the rest of the shopping).

I think the first thing I purchased (besides a few random miniatures) was the Elmore D&D Basic Red Box. I remember saving my paper route money and getting a lift to the downtown mall to pick it up.

Mine, a second copy of the AD&D 2e Players Hanbook, the Complete Bards Handbook, the Necromancers Handbook and Shadowrun 1e.

2e AD&D Player's Handbook, bought from the Waldenbooks in the mall in 1990. Although it was Pool of Radiance that got me interested in D&D.

I’d got the White Box for Xmas, so not really a purchase.
A bit later, with birthday and paper round money, I went to the original Games Workshop in Shepherds Bush Road and bought Greyhawk and Blackmoor supplements.
It was them or a new pair of rugby boots, which sounds like a tough decision, but I sneakily knew that my stepdad liked rugby and would get me the boots anyway!

Memory is a funny thing. When I started typing this the first game I could remember buying was GURPS Ice Age. But Ice Age came out in 1992 and I had purchased AD&D 2nd edition no later than 1990. It gets even worse because I also remember purchasing Vampire the Masquerade when it first game out in 1991 which was earlier than Ice Age's release. Don't get old, kids.

It's a vivid memory!

After being introduced to D&D 3rd edition around 2001 or 2002, I asked my dad to buy me the Player's Handbook. It took a couple of weeks, but we eventually went to a local game store. He was shocked when he realized I was asking him for such a large book, and one that cost almost 60$. Also, he's not really knowledgeable of everything geeky, so just stepping in a store like this was a strange experience for him.

We went to the park after, and I think I spent two hours going through the book with him, explaining him how it worked and why it was awesome.

Picture it, Upstate New York, 1986. I remember going to the mall with my dad to get the classic red box. We walked through Montgomery Ward, which always smelled like tire rubber, and went to either Kay Bee Toys or Waldenbooks for it.

From such a small beginning, a lifetime of fun (okay, and some frustration!). From time to time I still run through that first opening walkthrough adventure.

My first game I purchased was the boxed Chivalry & Sorcery set. It was the first game I GMed too. Not the easiest rules set to begin with but it excited me at the time which is worth a lot!

My first was Red Box D&D, bought from a little boutique D&D store called Game Masters in the basement of a local mall. It really felt like it was originally a large basement area that they put in a single set of escalators and subdivided into stores to have more room. Called it "The Village Mall". Anyway, all of the stores were really tiny, and they had a shared space for events that all of them paid towards and could reserve. It was mostly in use by the Christian Reading Room whom had decorated it and were likely unhappy about us playing D&D there on weekends as it was during the "Satanic Panic".

Later when I got into AD&D our local Toys R Us carried the books, and cheaper. As a teen with a paper route I would buy the hardcover books there because I had no money - shades of amazon - but I still went to Game Masters for everything else.

In a strange turn, Game Masters later moved up to the main mall, then to an outside store, at some point were sold, moved to another store, were sold again, and were later bought yet another time - by a friend of mine who used to game with me down in that basement. He even found part of the original Game Masters sign in the storage room. He moved it again, and eventually amazon drove it out of business.

Some combination of the original pamphlet style books, probably Men and Magic and Monsters and Treasures.....Wish I still had them.

AD&D 1e PHB - from the (long closed down now) Games & Puzzles shop on Green Street in Cambridge. Probably late 1980 or early 81. I still have the book - and I miss the shop.

Mom took me and my brother to a hobby shop in XENIA, I think, to buy what turned out to be Basic d&d, with the wax dice. Would have been in ‘77? Anyway, we pored over the blue geomorph maps and encounter tables and instructions on LEVELING up for hours! My cleric was immediately stung to death by giant bees. 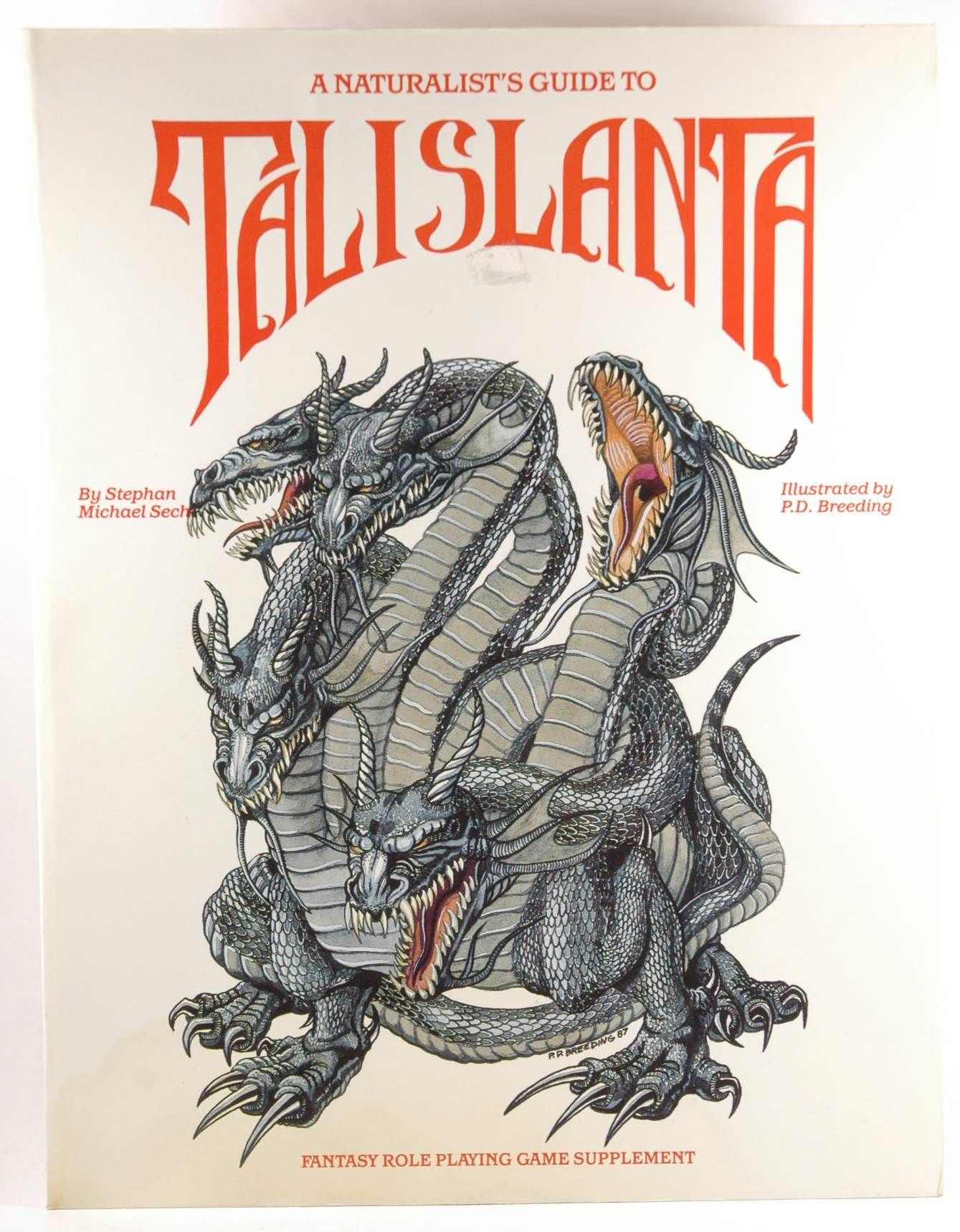 B7? Rahasia, I think. (That was either first or second, the other one in question being B5 Horror on the Hill).
I bought it at the little FLGS (now extinct) in my former little hometown (not extinct). I was a couple dollars short, but the proprietor let me go ahead and take it on the promise I pay the difference next visit. And I did, the following week, as soon as i got my allowance.

A First Look at 2d20 Fallout from Modiphius
2

What books unrelated to TTRPGs are the most useful to you for TTRPGs?
2 3