Dungeon Crawl Classics #68: The People of the Pit
Goodman Games

It has been years since the last virgin was sacrificed: and now the pit beast awakens once more!

Every generation it stumbles forth on undulating tentacles from its resting place deep below the great ravine, its towering blubbery mass ravaging the land before returning to slumber for decades. But this time is different. The Great Beast strikes with intelligence: bands of faceless gray-robed men emerge from the tenebrous depths, herding the beast's roaming tentacles before them. The enigmatic people of the pit live despite the passage of ages!

The earth shakes each night as they herd the primordial tentacles ever further, while the villagers ask: is any man brave enough to put the sword to this menace?
A Level 1 Adventure for DCC RPG 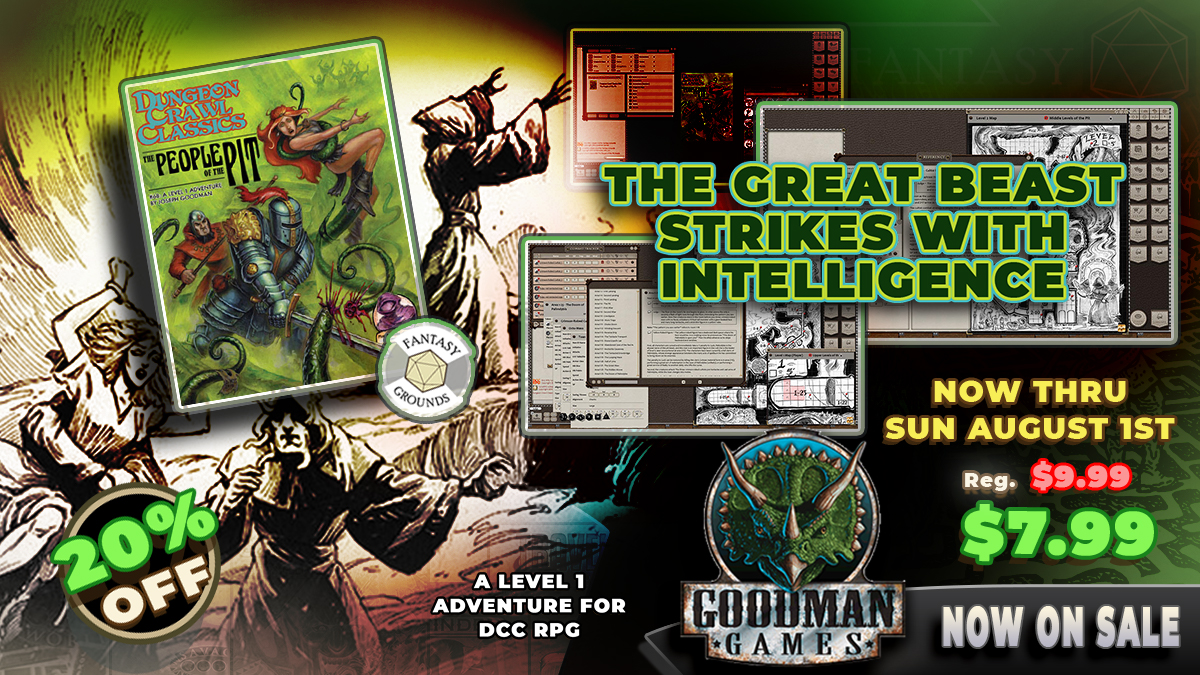